By Rob Bailey and Steven Tebbe

And with 2.4 gigatons of emission reductions expected over the life of European investments made last year – equivalent to the annual emissions of Germany, the UK, Italy, Poland and France combined – this amounts to a tidy profit of more than €40 billion.

But even greater opportunities lie in developing solutions to help customers cut their emissions. European companies anticipate €1.2 trillion of new revenue opportunities from low-carbon goods and services that would cost less than €200 billion to realise.

These are two of the findings of CDP’s Doubling Down report, written in partnership with global management consultancy Oliver Wyman, which examined the low-carbon investments of 882 European corporates. Those companies cover 76% of Europe’s market capitalisation and are the source of over 3 gigatons of annual emissions – equivalent to about three quarters of the EU’s total.

Overall, European companies reported €124 billion of new low-carbon investment to CDP in 2019. €59 billion was capital expenditure, with the rest spent on research and development in new technologies. 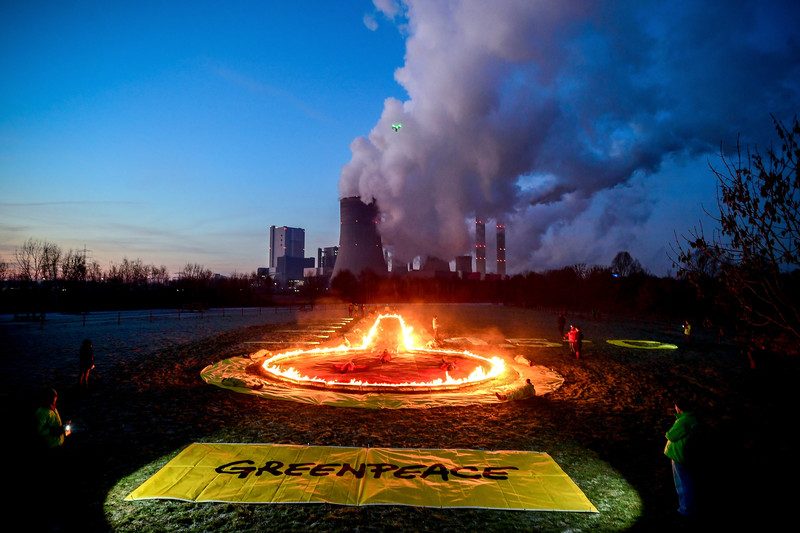 Half of what’s needed for net-zero carbon goal

But €59 billion is half of what is needed: to get on track for net-zero emissions by 2050 – the EU’s new target – we estimate low-carbon capital expenditure must double. This is a big ask. But it is modest in the context of overall capital spending: it requires low-carbon investment to grow from 12 to 25% of total capex.

This is a story of large-scale technology deployment.

In contrast, investment in the transport sector tells a story of technology development. Transport manufacturers were responsible for two thirds of low-carbon R&D, primarily focusing their investments towards their electric and autonomous vehicle technologies.

The transformation of European road transport has barely begun, but companies’ R&D means the direction of travel is clear. The future is electric.

In the materials sector, transformation is further away. Between them, materials companies were the source of nearly 40% of emissions among the group of over 800 companies. Yet their spend made up only 5% of low-carbon investment reported to CDP.

The decarbonisation of these industries depends on the roll out of transformational technologies such as carbon capture, utilisation and storage (CCUS) and hydrogen. But these technologies are expensive, capital intensive and will require significant cross-sector investments in new infrastructure to be scalable. Their prospects are also shrouded in uncertainty about future carbon prices, demand for zero-carbon materials and the prices they might command.

Although these technologies will likely prove critical to material companies’ continued existence in a net-zero future, they currently look like very risky propositions and struggle to attract much investment.

In 2019, CCUS received about 0.2% of all new reported low-carbon investment across all sectors, and hydrogen just 0.1%. Without stronger regulations to build confidence in future carbon prices and demand for zero-carbon materials, these industries are likely to remain stuck at the R&D stage.

This should change as the new European Commission goes about the business of bringing policy and regulation into line with the EU’s new goal of net-zero emissions by 2050. Companies in all sectors can expect an escalation of climate policy, ranging from changes to financial regulation, to reform of emissions trading and taxation, to new low-carbon standards and incentives. As a consequence, the viability of immature low-carbon technologies will improve, new markets for low-carbon products and services will emerge and new channels of green finance will open up.

The next generation of low-carbon opportunities is on the horizon, and $1.2 trillion is just the beginning.