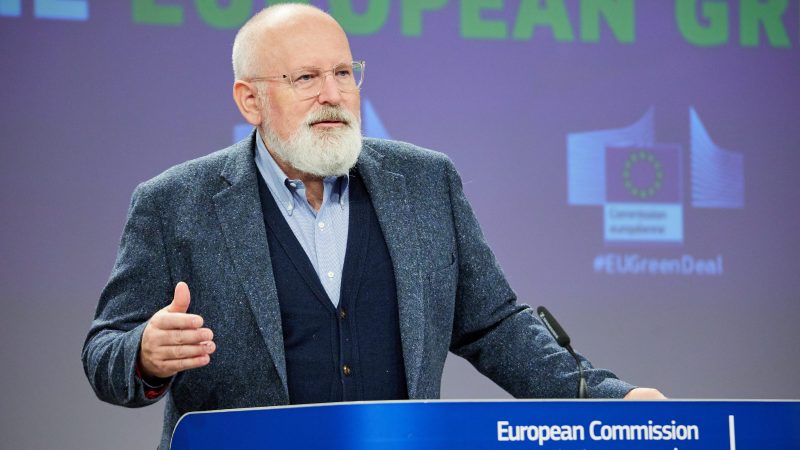 Europe must go beyond EU-level targets and ambition to implement climate action across member states, if it wants to reach its own ambition and limit the world to 1.5°C warming, write Sharon Turner and Thomas Muinzer.

Sharon Turner is a visiting professor at Sussex University. Dr Thomas Muinzer is a senior lecturer at Aberdeen University. They are both legal experts for the Environmental Justice Network Ireland.

The EU’s new climate package released by the Commission in July must spur discussion amongst decision-makers on how to tackle the ‘national ownership gap’ that lies at the heart of the Union’s policy architecture that governs national climate action.

The EU’s Climate Law commits the Union collectively to achieve net zero, but this duty does not apply to individual Member States. The Fit for 55 package released on 14 July provides a golden opportunity to better foster the enabling conditions needed for effective transformational policy making at national level. Doing so would also de-risk the proposed expansion of the EU  emissions trading scheme (ETS).

In an open letter to Commission President von Der Leyen and Vice-President Timmermans, we, along with fellow NGOs, stressed the need for the Effort Sharing Regulation (ESR) to be revised so that a stronger, more positive and future-proof framework for binding national targets could be set in place.

Mobilising the Governments of today and tomorrow

If the EU is to be truly “Fit for 55” and beyond, it needs to be in a position to secure its -55% greenhouse gas emissions reduction levels by 2030 and proceed successfully onwards to a Net Zero 2050.

This will require political leadership not only from the governments of today, but from every government in every country for the coming decades. This requires EU rules to ensure each Member State takes a leadership role in delivering the EU’s long-term climate objective.

The EU’s supranational institutions themselves are vital to the process, but they must also view the new climate package as a means of cultivating enabling conditions for state leadership.

While the EU has recently joined the ‘climate law club’ in adopting an EU level Climate Law, this important legislation clarifies the collective direction of travel and empowers its institutions to make EU policy consistent with net zero. The new climate package opens an opportunity for EU rules governing national climate targets to be broadened so that they:

As argued in our open letter, ESR reform should be seen as a vehicle for enabling this sort of positive change. This should be bolstered by the reopening of the Governance Regulation for similar review and reform.

Member state 2050 targets within the ESR are needed.

More particularly, revision of the ESR under the upcoming legislative process should be leveraged to enable the EU and member states to make a fair contribution to global efforts to achieve the 1.5°C target under the Paris Agreement, supported by a framework for continuing binding national climate targets beyond 2030, that is consistent with the EU’s overall 2050 net zero trajectory.

Strengthening of compliance rules under the Climate Action Regulation (CAR), and the inclusion of legal rights for the public to access national courts to enforce compliance, will also be needed.

A new title for the ESR (ie CAR) is required that communicates the purpose of the legislation in positive and non-technical terms and reflects the encouragement provided by Commissioner Timmermans at the launch of the package to move away from the perception of climate action as an ‘effort’ or a ‘burden’.

Within national governments, mechanisms to foster cross-party support will be crucial so that 2030/2050 political leadership continues irrespective of national election outcomes. Effective policymaking will require nuanced public engagement about real national policy options if a smooth transition is to occur.

The appropriate space for markets

In concert with this, it should be stressed that markets have a necessary role to play, but not at the expense of the strong state leadership advocated above.

As ETS regimes are being implemented and additionally proposed (heating and road transport) as the primary lever of Commission decarbonisation governance under the new package, this could widen the EU’s national ownership gap and deny the Union the dividends of effectively mobilised state leadership.

An increasing number of EU countries have set climate laws in place that reflect the need to deeply engage and significantly empower the core institutions of the state and citizens, and it is more important than ever that decision-makers recognise this within the proposals.

Part of this recognition process means that state responsibility needs to be augmented, not reduced in the face of expanding market mechanisms.

It is vital EU leaders draw on their climate experience together as an opportunity to revisit Europe’s approaches to the role of the state and the quality of national governance needed to deliver net zero.

Now is the time for the EU to adequately apply the lessons learnt from member states that have already set 2050 national climate laws, with a view to ensuring that the dividends to policymaking are consistently experienced across the EU-27.