Fit for 55: looking for a hero net zero 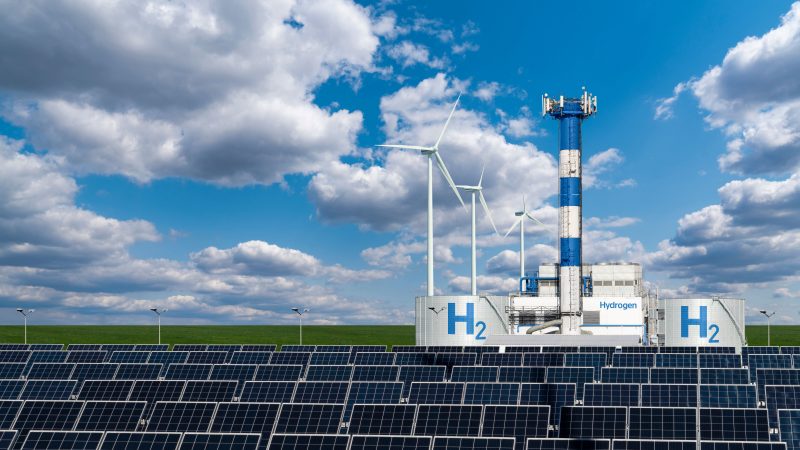 This article is part of our special report Towards an EU market for clean hydrogen.

The announcement of the package to become fit for 55% CO2 reduction by 2030 was unusual. It took Commission President Ursula von der Leyen longer to come to the press room than ever before. Clearly, a sign that the decision on how to present this historical step was disputed until the very last moment. Yet, this is understandable as the scope of the 12 initiatives is really vast, demanding and challenging. To get the job of CO2 reduction done, you need many heroes.

Jorgo Chatzimarkakis is the Secretary-General of Hydrogen Europe.

Obviously, hydrogen has been detected to be one of them with a role that is clearly assigned. This is a logical follow-up of the Hydrogen Strategy, which was presented at the same spot a year ago. The Fit for 55 package shows that the Commission now walks the talk and fills the ambitious targets with legislative live.

With regards to the recast of the Renewable Energy Directive, the proposal includes targets for the use of renewable hydrogen in the industry as well as the transport sector. In transport, the 2.6% target is aligned with the assumptions of the 40GW strategy enshrined in the Hydrogen Strategy. Half of the industrially used hydrogen must stem from renewable sources until 2030. That is a real booster for the uptake of “hydrogenewables“. Furthermore, the proposal removes multipliers associated with certain renewable fuels and to renewable electricity used in transport, thus creating a level playing field. With regards to the additionality criteria, the Delegated Act is still in the making which allows more time to ensure that the scheme will be workable rather than counterproductive.

When it comes to efficiency the notion of “energy system efficiency” in parallel to the “energy efficiency first” principle has made its way into the revised proposal. This opens the door to broader thinking on what we mean when we discuss “efficiency” such as the role of hydrogen in storage, its dispatchability, resource efficiency, time efficiency, space efficiency or material efficiency.

Really ground-breaking are the proposals for sustainable mobility: A proposal for regulation this time instead of a directive which means binding targets, directly applicable in all Member States. Moreover, this new piece of legislation promotes the rollout of hydrogen refuelling stations at a maximum distance of 150km in-between stations with the geographical scope extended along with the Trans European Network for Transport (TEN-T) core network and urban nodes. For maritime solutions, the promotion of hydrogen and hydrogen derived fuels is included in the proposal with clear targets to reduce emissions, starting already in 2025 with a cumulative effect.

One of the most important factors that increase the role of hydrogen is undoubtedly the CO2 pricing. The proposal is designed to make the ETS able to deliver 61% GHG emissions reduction by 2030 (up from 43%), in line with an at least overall 55% target. This higher target will be achieved through a combination of a higher Linear Reduction Factor and a one-off reduction of the cap which is consistent with the discussions that took place in the Carbon Market Reform Working Group. The strengthened cap and broader sectoral coverage provide for an increased ambition of the carbon market to trigger the clean switch and that across more applications: this is a positive step to incentivise the ramp of clean hydrogen.

Free Allocation is made conditional on installations’ decarbonisation efforts. Installations covered by energy audit obligations will be required to implement report recommendations or other measures leading to equivalent GHG reduction, otherwise, free allocation will be reduced by 25%. The proposal specifies that the requirements hold for investments with a pay-back period no longer than 5 years. Sectors covered by CBAM – steel, aluminium, cement, fertilizers, and electricity – would have a 10- years transition period to adapt to the new regime before free allocation is fully phased out. Free allocation for these sectors would decline by 10% yearly, starting in 2026 and would be zero by 2035. As most of these sectors, especially steel and fertilizers can be heavily decarbonised by the use of renewably produced hydrogen this adds massively to incentivising the role of hydrogenewables.

To sum up: The EU has come one step closer to becoming a global leader in hydrogen development. By putting targets on the use of hydrogen industry and transport the EU stands a real chance to achieve climate objectives, create thousands of jobs and protect its industry. There is no time to lose-delivering on the fit for 55 masters today!

One response to “Fit for 55: looking for a hero net zero”