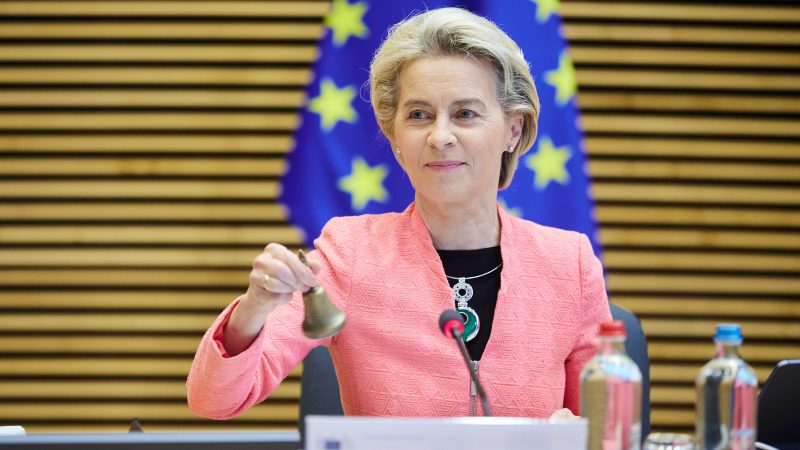 With its ‘Fit for 55’ climate package, the European Union finds itself at the centre of a three-dimensional puzzle. Burdens need to be shared between 450 million citizens and 25 million businesses, as well as between member states, in a way that is acceptable to enough of them, writes Georg Zachmann.

Georg Zachmann is a senior fellow at Bruegel, a Brussels-based economic think tank.

Over the course of a few years the European Union promised more and more ambitious emission reductions. This for now culminated in the climate law of 2021 that enshrines reducing emissions by about 40% in less than a decade and essentially eradicating all greenhouse gas emissions by 2050.

The material consequences of this legislation – which so far has passed relatively unnoticed – will be dramatic. Most of the cars, planes and heating systems in use in the EU will have to be abolished, significant industries will have to change their century-old production processes and massive amounts of clean energy must be produced.

The balancing act will be to introduce policies that are sufficient to meet the ambitious targets; credible, so that all players feel they are better off following their guidance; and politically feasible, so that they have a chance to survive the lengthy European legislative process.

The European Commission chose to address this challenge by proposing a package of a dozen interdependent measures. The clear core of the proposal is carbon pricing.

This is the right approach to encourage companies and consumers to efficiently invest and/or change their behaviour – and to push (national) governments to create the conditions that enable them to do so.

But this carbon-price centred approach will have substantial consequences on member states, companies, and consumers. Hence, the success of the package will rely on convincing three main stakeholders with competing interests.

First, the European Commission will have to convince a sufficient share of its 27 member states. Member states will have two main concerns.

The first one is the power balance between Brussels and member states capitals. Here, the Fit-for-55 package might be relatively aggressive in delivering decarbonisation by European rather than national tools.

On the one hand, member states might worry that this will reduce their political freedom of manoeuvre, on the other hand they might be happy to pass the hot potato to Brussels as carbon pricing and strict regulations are not necessarily a popular policy.

Hence, it seems conceivable that the proposal to give such responsibilities to Brussels can fly.

An equally big concern of each member state will be ensuring that it gets an equal-or-better deal than any other member state. The European Commission has a wide array of redistributive tools – most notably the initial allocation of emission allowances and special funds – at its disposal to try to balance the national demands.

But we should expect a late-night negotiation between heads of states to settle the final sharing of the cake.

Second, European businesses are worried that increasing carbon costs will affect their profits. Especially carbon intensive industry is afraid that without compensatory measures they can only choose between losing market share to foreign competitors that face lower carbon prices or reducing their profit margins.

To address this concern, the European Commission proposes a carbon border adjustment mechanism (CBAM) that should force importers of carbon intensive products to pay a similar carbon cost to domestic producers. The CBAM proposal has already drawn international criticism.

But if the EU decides to address concerns of trade partners by setting up a CBAM that is perceived as too weak by industry, the latter will try to block higher carbon pricing unless it gets substantial direct or indirect financial support out of public pockets.

Thirdly, the increasing price on carbon will necessarily affect European citizens. The introduction of a new ETS for heating and road transport will directly increase consumer bills, higher carbon prices in the existing ETS will inter alia cause higher electricity bills and a CBAM will increase the cost of imports.

If not properly addressed the political repercussions of the effect on consumers – which will be more visibly negative for poorer households – can easily derail the core of the Fit-for-55 project.

Accordingly, the European Commission proposal puts strong emphasis on households and equity concerns. It plans to reserve half of the revenues of emission pricing to be returned to households and to create a special fund.

But industry will pay attention that enough funding is reserved for their concerns, and member states will carefully watch not to lose competencies on providing social goodies.

In the end, the European Union finds itself at the centre of a three-dimensional puzzle. Burdens need to be share between 450 million citizens and 25 million business; as well as between member states in a way that is acceptable to enough of them. Limited resources must be efficiently allocated to compensate perceived remaining imbalances.

And political responsibilities cannot be too radically redesigned. The European Commission proposed a framework of tools for the negotiations – that makes some compromise conceivable. But the risk of individual stumbling blocks to unhinge the whole integrated architecture is real.

Future generations of national policy-makers, citizens and business representative will be grateful if the EU manages to solve this political puzzle in a way that does not lose sight of economic efficiency and environmental effectiveness.