Reshaping our energy system – the decade of action is now 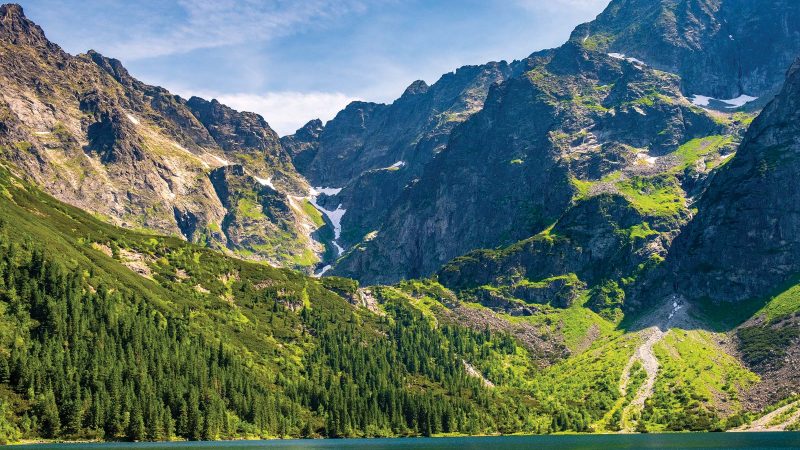 To achieve rapid and effective decarbonisation of our economy and to tackle climate change, Europe must utilise the potential that available pre- and post-combustion gas technologies offer complementary to variable renewable energy.

The Decade of Action is Now

Over the past couple of weeks, COP26 in Glasgow clearly highlighted the tremendous effort necessary for a quick and effective decarbonisation to fight climate change. While more and more governments are increasingly committing to more ambitious targets, the strong and overdue engagement of the private sector is most striking. The entire terms of the debate have moved in favour of action and the required technologies available to secure a path to a near net-zero carbon future. But challenges for a global “just transition” still lay ahead of us.

The energy price crisis, by continuously putting pressure on citizens, industries, and governments, has exposed Europe’s need to reshape the existing energy system to make it more resilient, affordable, and ready to decarbonise. Denying this reality risks encapsulating our system into old energy paradigms and potentially increase Europe’s energy dependence, thus undermining its position as the world’s climate leader.

GE Gas Power believes that the next ten years should become the decade of action. The EU has set an ambitious target to reduce 55% of greenhouse gas (GHG) emissions by 2030. The international methane pledge, launched by the EU and U.S. during COP26 and already supported by over 100 countries, takes aim at a needed reduction of a potent GHG, providing the potential for nations to further reduce their GHG impact. However, it will not buy us the ticket to climate neutrality.

Europe needs to develop a strong enabling regulatory framework to support the best available technologies to secure a smooth but effective sustainable transition, enhance system resilience, and protect global competitiveness of the entire bloc, while making sure no one is left behind. The latter encompasses vulnerable citizens as well as businesses of all sizes, particularly in the so-called hard-to-abate sectors of our economy.

Technology at the service of gas decarbonisation

The production and use of energy account for more than 75% of Europe’s GHG emissions, which means that the lion’s share of our decarbonisation efforts will aim to green the energy system. To attain this objective, the EU is pursuing a higher and faster penetration of renewable energy into the system through large-scale deployment of wind and solar PV installations. According to the Commission’s State of the Energy Union report renewables have already overtaken fossil fuels as the primary power source, bringing about significant emission reductions.

A successful transition to a more electrified and decentralised system, however, will require solid flexibility mechanisms and vectors, such as natural gas, hydrogen and storage combined with effective energy efficiency enforcement. The complementary nature of renewable and gas energy sources offers tremendous potential to help cut carbon emissions at the speed and scale Europe requires.

Gas power generation technology comes with decades of experience in providing reliable and cost-efficient electricity and offering the prospect of switching to low-carbon gases. In addition to ensuring the necessary flexibility at the system level, GE Gas Power technologies allow to further abate emissions through the operationalisation of carbon capture, utilisation and storage technologies (CCUS). We believe that CCUS will be critical in decarbonising not just power generation but also the hard-to-abate sectors. Utilising the potential of these technologies is particularly important since the availability and affordability of low carbon fuels on large scale may be many years ahead of us.

Technology available for all and ready to transform

Europe’s motto – ‘united in diversity’ – has never been truer than when it comes to national energy mixes. The divergence between principal energy sources has become particularly apparent during the ongoing energy price crisis and is likely to last while countries enact climate policies. Recognising that Member States are starting their decarbonisation journey from very different places, GE Gas Power aims to ensure that solutions to combating climate change are developed rapidly and have the optimum impact for each specific state or region.

For some Central and Eastern European countries decreasing emissions will first and foremost entail phasing out coal and finding more sustainable alternatives. Therefore, for these states gas power generation technology can be instrumental. Combined cycle power plants produce up to 60% less emissions than coal-fired power plants, allowing them to quickly reduce emissions. Moreover, even a higher number can be progressively achieved using low carbon intensity fuels such as syngas and hydrogen. This will facilitate a rapid energy transition of hard-to-abate sectors in countries that currently struggle to achieve the ambitious EU climate objectives, while avoiding a carbon lock-in.

Decade of Action is already here

Europe has eight years left to deliver the world’s fastest and biggest GHG reduction – from 21% to 55% compared to 1990 levels. This is an unprecedented challenge, and the “Fit for 55” legislative package demonstrates EU policymakers’ ambition and determination to empower Europe to lead the global energy transition. Yet, we need and can deliver more.

As Europe delves into the Decade of Action, variable renewable energy will be critical, yet we mustn’t overlook the readily available solutions and technologies to deliver on decarbonisation goals. Gas technology represents an available and proven system-level solution that can effectively support the needed flexibility for the future energy mix.