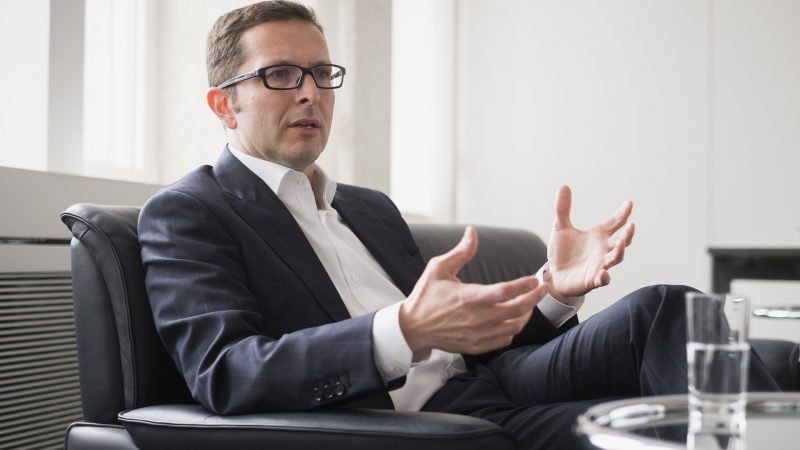 In a ground-breaking ruling, the German Federal Constitutional Court calls for amendments in the German Climate Protection Act. Now the ball is in the government’s court. A technology-neutral approach to energy and gas can help it deliver.

The die is cast – and its impact will reach far beyond Germany: In its ruling on the German Climate Protection Act (Bundes-Klimaschutzgesetz, KSG), the Federal Constitutional Court stated that the Act from 2019 is in parts unconstitutional. The KSG provides for sectoral targets with clear CO2 reduction paths until 2030 – but not after. The Court found fault with missing reduction targets beyond 2030. According to the ruling, the absence of these would impose disproportionate limitations on future generations’ rights of freedom – while we would get to “spend” a huge chunk of the remaining CO2 budget until then. Amongst others, Fridays for Future, Greenpeace, and Friends of the Earth had filed suit.

Phasing out coal earlier
The ruling’s consequences are clear: Germany must lay out reduction targets for the time after 2030 as well as a thorough plan on how to achieve them – and quickly reduce emissions until then. Gas can help with both – in the form of natural gas today and as hydrogen in the future. In Germany, natural gas has already proven the major contribution it can make to climate protection: The switch from coal-fired to gas-fired power generation (+ eleven per cent) saved us around 6 million tonnes of CO2 emissions in the electricity sector in 2019 alone. We must ask ourselves: Why not replace coal with gas in Germany more quickly and reduce emissions now?

Why gas?
Renewables alone cannot cover electricity demand in Germany and Europe in the short and medium term. Once nuclear power and coal have been phased out and in accordance with the currently planned expansion of capacity, renewable sources alone will only be able to cover around 55% of the forecast demand for electricity in Germany in 2030 – same goes for Europe. In addition, power production in Germany only accounts for roughly 20 per cent of the energy demand. Where are we going to get the needed energy from? There is no doubt: If we want to guarantee a secure and affordable supply of energy and reduce emissions at the same time, we need more gas. Now.

A technology-neutral approach to energy is needed
After a fair amount of consideration, Berlin and Brussels have realised: “All electric” is not an option. And they are right: The power sector is one of the fastest growing sectors in the world. By 2050, demand will more than double. At the same time, energy intensive industries in Europe – willing to reduce their emissions by stepping away from coal – are faced with volatility in price and disposability. These risks not only pose a threat to businesses. They pose a threat to the European economy in general.

To achieve our ambitious European climate goals and protect households from an unfair burden and allow industry to remain competitive, we need a technology-neutral approach to energy that follows one goal only: Quickly reducing emissions at affordable cost. Gas technologies therefore should be considered more strongly across all sectors. They are reliable, affordable and they pay off when it comes to protecting the climate: CO2 emissions can be cut sharply when gas is used in power generation and industry, as well as in the heating market and the mobility sector. A strong commitment to the potential of gas technologies can provide European industry with much needed planning and investment security.

Hydrogen can be key to climate protection
Especially Hydrogen can be key to a strong climate protection in Europe. A hydrogen admixture in the European gas grid of only 20 per cent could cut CO2 emissions by 60 million tonnes a year – the same amount Denmark emits in an entire year. Additionally, it could be a decisive factor for decarbonising European industry – which accounts for 17 per cent of the European Union’s greenhouse gas emissions.

Both examples show clearly: A reliable, sustainable hydrogen market is urgently needed to achieve quick emissions reductions. But: The necessary market can only be established if significant amounts of carbon-neutral or low-carbon hydrogen are available in the foreseeable future. Hydrogen produced from renewable sources is currently neither competitive nor available in sufficient quantities. A stable hydrogen market can only be established swiftly if hydrogen from natural gas plays a central role. Policymakers must therefore address setting it up decisively. They must promote investments in hydrogen technologies, develop the infrastructure and firmly establish hydrogen in more application areas.

We need electrons and molecules!
As part of the gas industry, Wintershall Dea wants to make an important contribution to decarbonising the European continent and, in doing so, to helping the EU in achieving its ambitious climate goals. For a reliable, sustainable, and affordably energy supply, we need electrons and molecules, cables and pipelines. We need electricity and gas as partners. The German government should take this into account when defining new reduction pathways for the time before and after 2030. And Europe should take a clear stance.