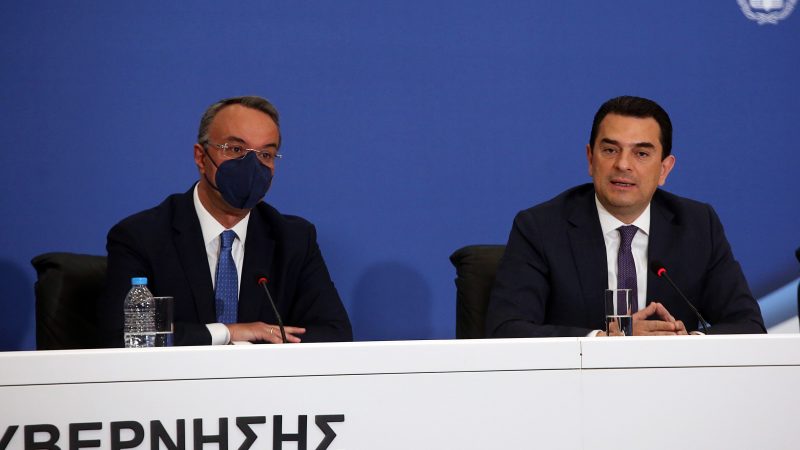 Greece’s first climate law, passed on 26 May, aligns the country with other EU Member States in the fight against climate change. However, the legislation fails to ensure a new, scientifically independent and socially open climate co-governance framework, write Vlasios Oikonomou and Haris Doukas.

Vlasios Oikonomou is Managing Director at the Institute for European Energy and Climate Policy (IEECP), The Netherlands and Haris Doukas is Associate Professor of energy and climate policy at the National Technical University of Athens (NTUA), Greece.

The first Climate Law in Greece is a reality, following the example of most EU Member States. However, despite the initial expectations and the number of highly targeted comments received in the consultation process, the finally voted law did not meet the climate expectations and lags far behind the respective climate laws of other countries, both in terms of ambition and the likelihood of implementation.

Primarily, there is no clarity on the correlation of the target with the current or forthcoming National Energy and Climate Plan (NECP).

Departing from the overall objective of climate neutrality in 2050, it is important to provide a timeline of the target achievement to increase transparency, trust and social acceptability of the targets.

For instance, despite the high public ambition of the last three years since the delignitization program was announced, Greece did not manage to reach the energy efficiency targets of 2014-2020 (withdrawing considerable societal resources through energy consumption), while the new increased targets in 2021-2030 require a clear and transparent strategy to be achieved.

Moreover, the Greek climate law refers mainly to energy supply-side measures (mainly on LNG and RES) and does not present any realistic or analytical plan for energy efficiency actions.

Even with the current NECP targets, Greece has committed to new annual final energy savings of 201 kilotonnes of oil equivalent (ktoe), whereas in 2021 almost no measure was implemented.

This means that in 2022 the cumulative targets will arrive at 383 ktoe, and they will be increasing annually henceforth if no drastic measures follow (requiring a larger effort each year).

The climate law, alas, does not foresee anything on what measures need to be taken – or any form of backstop measures- in case of failure of reaching such targets.

The climate law is also not fully aligned with the new REPowerEU targets, mainly on phasing out fossil fuels in the coming decade. There is no targeting for phasing out natural gas (only on oil boilers), enabling the natural gas further penetration, creating thus a new lock-in effect.

It is really surprising that, while the new EPBD and/or EED proposals mention that Member States should reduce or stop the financing of fossil fuel thermal systems, e.g. boilers, there is no such provision in the climate law.

Moreover, no reference to the Energy Efficiency First Principle (E1st) is cited in the text, which should be a guiding principle for energy and infrastructural investment decisions.

E1st is a core principle in the Art3 of the new proposed Energy Efficiency Directive and prioritizes energy efficiency investments against other energy supply-side investments when the former are socially more beneficial.

Despite the ambitious energy efficiency targets proclaimed by Greece, the E1st was mentioned neither in the national Recovery and Resilience Fund nor on the Regional Operational Program plans, creating serious doubts about the country’s intentions on energy efficiency.

The climate law does not also make any reference to Energy Democracy, which is the catalyser for the energy transition. While the RES targeting is well documented, there is no quantitative targeting for citizen participation through energy communities next to the large RES projects from market-dominant energy companies.

As concerns energy poverty, the climate law refers just once to this critical issue, stating that part of the revenues will be attributed to energy efficiency, electromobility, fire prevention, forests, energy poverty and projects in developing countries (…).

The absolute lack of prioritization in tackling energy poverty as a key part of the energy policy in the climate law generates questions when most countries determine their policies around this serious social issue.

The climate law sets obligations to the municipalities to compile Municipal GHG Reduction Plans, which of course highlights the importance of local and regional administration. Still, these plans will be additional to the Sustainable Energy and Climate Plans (SECAPs), Regional Building Plans, Municipal Plans for sustainable transport etc), which create one more administrative burden rather than integrating the incumbent plans into a unified and coherent plan.

The climate law also fails to ensure a new, scientifically independent, and socially open climate co-governance framework. The roles of civil society and the scientific community are extremely weak.

Social participation is based on a climate dialogue website and a limited in terms of composition and representativeness National Climate Change Council. The establishment, for example, of a Climate Assembly, could give citizens the opportunity to participate directly in policy-making through an open and democratic process.

Moreover, the scientific council has its function dependent on the Ministry of Energy and Environment and the Minister, whereas it should be independent of the respective political leadership of the Ministry, with strong and substantial responsibilities.

These approaches do not strengthen climate policies and fail to create procedures and modalities that can enable high levels of consensus on necessary, scientifically substantiated and mutually beneficial actions.

The period of major changes ahead of us needs concrete, bold decisions and proposals, instead of wishful thinking, general declarations and structures of manipulated involvement that indicate to citizens “what they should do”.

It is important to set high ambitions in view of the climate dead-end but it is equally important to generate trust among the citizens and the social groups that there is a real intention to reach these ambitions.