The World Economic Forum lists water crisis amongst the five global risks that will have the biggest impact on society in the next decade. It is estimated that in 2025 one third of the world population lives in water stress and scarcity areas.

Water is too precious to lose. Yet, the water losses and energy consumption in the water sector are extremely high.

The good news is that digitalisation and modern technologies are ready to make the whole water cycle – from water production and distribution to wastewater pumping and treatment – significantly more energy efficient whilst at the same time obtain very low leakage.

And the EU’s new Drinking Water Directive (DWD) could be a first step towards an energy neutral water sector and a sustainable drinking water supply management. Indeed, in the new DWD, the European Commission proposed more transparency on energy performance and water leakage rates. This should be kept throughout the legislative procedure. Citizens should know about their supplier’s energy use and water losses. Both is equally important for the quality of the drinking water and for limiting contamination.

However, there is room for being more ambitious. We can turn the water sector energy neutral and at the same time obtain super low leakage, protecting our precious water resources.

From energy neutral to energy positive

This means the energy saving potential is huge. But it doesn’t stop there. In addition to energy savings, the water and wastewater treatment processes can produce more than enough energy to cover the water utility sector’s own demands and beyond. The energy is contained in the sludge, which is a by-product of the waste water treatment process, and can be recovered as biogas. The biogas can then be used directly in busses or trucks or to produce electricity and heat.

Turning a city’s largest energy consumer into a producer of energy would be a game changer and it has been done. Today, the city of Aarhus has succeeded, for 200,000 people in the Marselisborg catchment area, to make the whole water cycle energy neutral. As side effects, water losses have been reduced to around 6%, and in 2016, the price of water dropped by 9% for consumers.

This has been achieved through digitalisation of water facilities, meaning a much higher use of sensors, variable speed drives and advanced process control offering both energy savings and increased energy production from the household wastewater.

This is replicable to existing facilities throughout Europe. Achieving energy neutrality of the water cycle has a high return on investments: smart processes controls have a payback time of typically less than 2 years (resulting in approximately 70 % of the improvement) and component investment have a bit longer pay-back-time, resulting in a combined payback time of less than 5 years. The EU water policy should support cities in exploring opportunities in the water sector, starting with the DWD.

Water scarcity is a global crisis 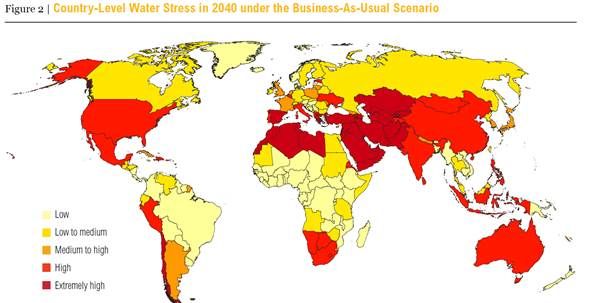 For months, Cape Town has been suffering from a drought and restricts the use of water. Reports say it would be the first major city in the world to run out of water. In recent years the state of California faced a water crisis. EURACTIV reported that Spain lost 20% of its fresh water in the last 20 years.

The rate at which demand for water has grown has already outstripped population growth by more than double and will continue to rise over the next 25 years, with more water withdrawals at local level.

Whilst parts of the water crisis are caused by climate change and overconsumption, some issues are homemade.

The European Court of Auditors found that “an important issue affecting drinking water supply is the high rate of physical water loss. This is mainly due to leakages from distribution networks that have been poorly maintained or that need to be renewed.”

A report from the European Commission establishes that for some Member States 60% of clean drinking water was lost in the distribution network before it could reach consumers’ taps. In about half of the Member States, more than 20 %, of clean drinking water is lost due to leakages. It is widely accepted, that reducing water leakages also reduces energy and the risk of water contamination – or simply put, less holes, less risks.

The current EU water policy framework does not address the energy and leakage thematic at all, which in a circular economic context should be mandatory. The revision of the Drinking Water Directive and other EU water policies this year needs to overcome existing market barriers, increase awareness and ultimately must set goals to use this huge untapped potential.