How post-election Germany can become a climate delivery champion 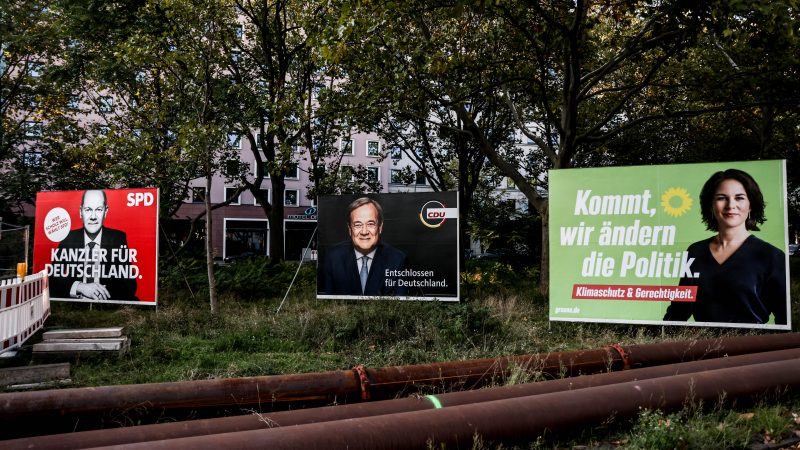 National elections in Germany are only days away. The eyes of the world are turning to Berlin as Angela Merkel is stepping down after 16 years and polls are predicting a tight race. In this opinion piece, Cora Herwartz and Jule Könneke outline how post-election Germany can reclaim its climate frontrunner role.

Cora Herwartz is a policy advisor at E3G, an independent European climate change think tank with a global outlook. Jule Könneke is a researcher at E3G.

After devastating floods hit western Germany this July, the consequences of climate change have become as visible to German voters as never before. The incoming government will be under pressure to finally implement climate policies that match the level of ambition of its domestic and international commitments.

Incoming government will have to be a delivery champion

Just before the summer break and as an immediate response to a Constitutional Court decision, the outgoing government adopted a new national climate target of reaching climate neutrality by 2045.

This put Germany ahead in advanced economies’ race towards net zero. However, time has run out for the outgoing government to adopt the necessary measures to achieve that new target.

As the International Energy Agency’s (IEA) recent Net Zero Report has shown, deadlines for important policy milestones on the road to global net zero are approaching fast – be it a ban on new fossil fuel boilers by 2025, no new internal combustion engine car sales by 2035, or the overall net zero emissions electricity systems by 2035, starting with coal-free power by 2030.

In order to match the ambition of its national emission reduction commitments, the incoming German government will have to tackle the next frontier of energy and climate policies as quickly as possible.

The fact that newest projections see Germany’s CO2 emissions on the highest rise since 1990 amplify the urgency. Rather than summarizing generic priorities, a coalition agreement needs to focus on the actual and timely delivery of key policy milestones, as laid out by the IEA Net Zero Report.

Furthermore, any coalition constellation will be able to build on the concept of making climate neutrality a success story for Germany’s industry.

Seizing these industrial opportunities will require policymakers to lay out a clear perspective for low-carbon technologies, for instance by taking very concrete steps for phasing out fossil fuel-based heating systems.

The ‘UNFCCC NDC Synthesis Report’, released last week, is just the latest piece of evidence highlighting the major gap between current emissions and what is required to limit global warming to 1.5C. COP26, the crucial climate conference in Glasgow, is around the corner and in the EU, negotiations on the new raft of climate and energy laws have already begun.

The newly elected German government will need to hit the ground running to spearhead not only domestic, but European and international climate ambition.

At the beginning of the year, the European Foreign Affairs Council adopted conclusions on ʻClimate and Energy Diplomacy – Delivering on the external dimension of the European Green Dealʼ.

In its conclusions the Council promised „EU and Member States foreign and Security policy [to] consider climate and environmental factors and risks“.

For Germany, this means it must take a more active and responsible role on the international stage, anchoring climate diplomacy as a cross-cutting priority of its foreign policy.

Yes, climate still remains a niche issue in Germany’s foreign policy machinery, and a coherent approach to climate diplomacy has yet to be developed. Therefore, the incoming government must fundamentally reform the role of climate and energy in German foreign policy and adapt foreign policy structures to the challenges of the 21st century.

Germany will be taking over the G7 presidency as early as 2022. This will be a unique opportunity to set an ambitious climate agenda and drive forward climate-friendly structural reform.

It will also be a first test of whether the incoming German government knows how to use climate action strategically as a lever for shaping global cooperation.

In addition, Germany will have an important role to play in upcoming negotiations for delivering deep decarbonisation across the EU’s economy.

There is an opportunity for the incoming German government to help broker ambitious political deals on what will be contentious files, breaking the bad habit of protecting fossil incumbent interests. By securing an ambitious and coherent outcome, the incoming government would be able to give a fresh impetus to the next phase of the EU Green Deal.

Uniting behind the vision for a climate-neutral Germany

Election campaigns naturally highlight the differences in political parties’ visions for the future.

While election programs vary widely in their level of ambition and granularity of outlining their vision of the path to net zero, it is worth stressing that there is also a lot of room for agreement – Germany’s main political parties stand firmly behind the vision of a climate neutral country.

Election polling has been volatile, but it’s pretty clear that German voters want more action on climate change. This is a good starting point for the incoming government to finally implement climate policies that match the ambition level of its domestic and international commitments, thereby reclaiming its climate frontrunner role.