How Spain risks slowing down the energy transition 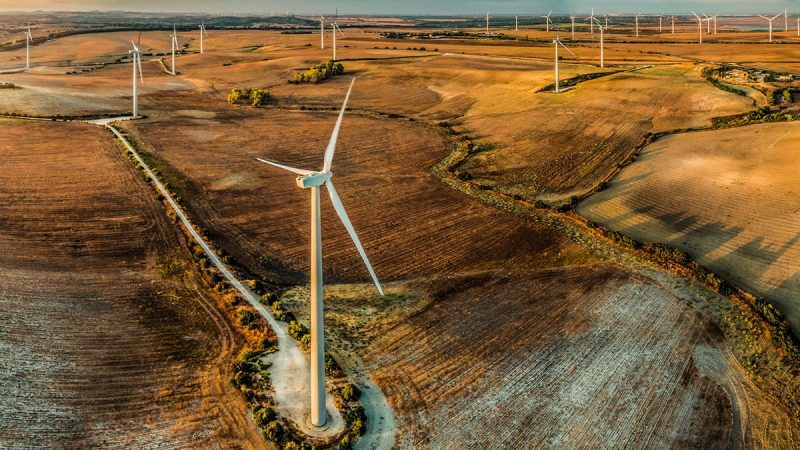 The Spanish Government is planning to impose a new financial measure on certain wind farms and other power generation assets. It says these assets are earning “windfall profits” as a result of higher carbon prices. If approved, the measure would impact the revenues of wind farms and other power plants. More crucially it would undermine investor confidence in Spain’s support for renewables – which risks slowing down the energy transition.

Giles Dickson is the CEO of WindEurope. WindEurope is the voice of wind in Europe, representing the whole value chain of wind energy.

For many years the EU Emissions Trading System (ETS) failed to live up to its goals. The generous initial distribution of free allowances to large CO2 emitters and the relatively slow reduction over time of the number of allowances undermined the functioning of the ETS. The price of carbon allowances remained low for many years, holding back the energy transition.

But this is changing now. The price of EU ETS allowances has risen from €24/t CO2 in April 2020 to close to €60/t CO2 in July 2021. And the EU wants to further strengthen the ETS as part of its upcoming Fit-for-55 package. We hope to see a combination of a rebalancing of the total emissions cap and an increasing in the linear reduction factor. At the same time the European Commission is mulling an additional emission trading system for transport and buildings.

But the Spanish Government now seems to think it’s unfair that low-carbon power plants should be benefitting from a higher electricity price when they’re not incurring the same CO2 costs as the coal and gas plants. And they propose to impose a new measure to recoup the alleged “windfall profits” from nuclear and hydro plants and some wind farms. They propose to apply the measure to those wind farms built before 2005 when the ETS started and that are no longer receiving public financial support.

The measure the Spanish Government proposes is plain wrong.

The whole point of the EU ETS is to incentivize renewable energy. Imposing such a measure on wind farms runs counter to logic and to the spirit of the ETS. And it sends an unhelpful signal to investors: that the Spanish Government is not averse to changing the rules on renewables investments. Negative signals to investors don’t matter so much for nuclear and hydro plants because Spain isn’t going to be building many if any more of them. But it does matter for wind, where Spain wants to build 2 GW of new onshore wind farms every year.

It is not the first time the Spanish Government is proposing unhelpful measures on renewable energy assets. In the years after 2010, retroactive cuts to feed-in-tariffs for renewables caused the Spanish wind energy market to collapse. Lost trust, legal disputes and stalling installations were the result. Imposing the new measure would send another negative signal to those planning to invest in wind energy in Spain and undermine their confidence in normal market rules.

Europe’s power sector is in the midst of the transition to renewables. In 2020 renewables have overtaken fossil fuels for the first time, contributing 38.2% to the EU’s total electricity production. Wind energy alone accounted for 15%. If Europe wants to meet its Green Deal promise of climate neutrality by 2050, wind energy will become the EU’s main electricity source shortly after 2025 and supply 50% of the EU’s electricity needs by 2050.

Spain even wants to generate 74% of its electricity from renewables by the end of the decade. The Spanish Government aims to almost double its wind energy capacity from 26 GW today to 50 GW by 2030. This requires huge private and public investments in new wind farms and grid infrastructure.

With its planned measure the Spanish Government undermines investments and ultimately risks the timely delivery of the energy transition.