Is anyone able to control the carbon price?

By Robert Jeszke and Sebastian Lizak 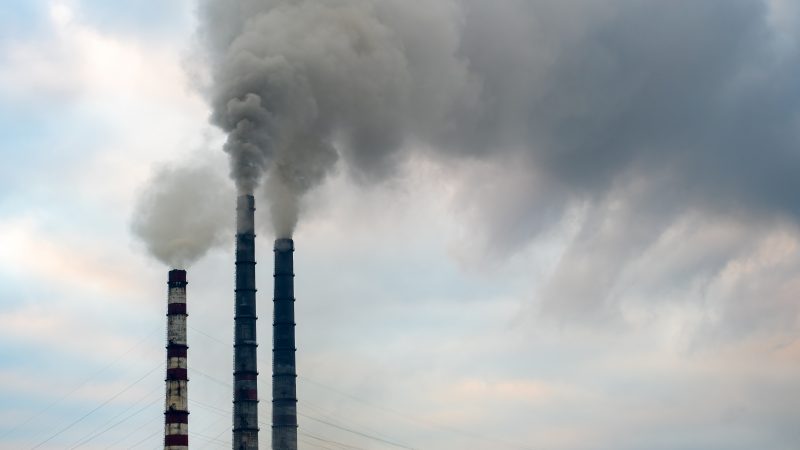 It seems that the European Commission currently has no such effective tools for stabilising prices, argues Robert Jeszke and Sebastian Lizak [Bilanol / Shutterstock]

Carbon prices on the EU emissions trading scheme are currently rising too fast, making the market extremely volatile, but it seems the European Commission has no effective stabilising tool to tackle this, writes Robert Jeszke and Sebastian Lizak.

Robert Jeszke is the head of the strategy, analysis and auction department and the Centre for Climate and Energy Analyses (CAKE) in the National Centre for Emission Management (KOBiZE), part of the Institute of Environmental Protection – National Research Institute.

Sebastian Lizak is an expert in the strategy, analysis and auction department and the Centre for Climate and Energy Analyses (CAKE) in the National Centre for Emission Management (KOBiZE), part of the Institute of Environmental Protection – National Research Institute

The European Union is facing the challenges of implementing the Green Deal while initiating economic recovery from the COVID-19 crisis. While funding for investment is often discussed, we need a transparent policy framework that makes investments in climate-friendly technologies economically viable.

Therefore, the EU ETS market itself needs special attention, in particular at increases in the EU carbon price, which has hit a new high per tonne.

How significant are these increases, and could this be the beginning of a price bubble? Comparison with a market bubble on the United States NASDAQ that burst in 2000 before 3,000% 10-year gains (‘dot-com bubble’) indicates that we are about halfway.

However, if we compare the current distance of EUA prices and the NASDAQ in March 2000 with the 200-session moving average, we have the exact same values: We are now 2.6 times higher than average.

So what affects such high EUA prices? EUA prices not only reflect the current fundamental factors in the EU ETS, but also anticipate long-term future conditions, including cap tightening until 2030 and beyond (e.g. by higher reduction targets or possible changes in the Market Stability Reserve).

This is due to the specificity of the EU ETS itself, including 10-year compliance periods and the possibility of banking allowances. It affects EU ETS entities, which have had to change their hedging strategies. This is challenging to the industry sector, which prefers to keep allowances in accounts rather than selling and even buys them to avoid future shortages.

Other market actors, including long-term investment hedge funds and short-term market speculators, buy EUAs as a great opportunity to take profit. For instance, the market share of hedge funds increased sharply from 4% to 9% since February 2020 (according to Refinitive data from April 2021).

It seems only a matter of time before products for individual investors, e.g. investment funds or Exchange Traded Funds begin to appear in Europe. Such funds are already available in the US, e.g. the KraneShares Global Carbon Exchange Traded Fund has a 77% share of the EUA market and assets worth USD 300 million.

It does not take a market visionary to predict that this will significantly increase the demand for EUAs and gains in prices. In the discussion of the growing role of market speculation, we should look at whether the market is adequately secured against the risk of manipulation.

There is no doubt that EUA prices are currently rising too fast, making the EU ETS market extremely volatile. On one hand, this is unfavourable for EU ETS compliance entities, but on the other hand, it greatly benefits speculators, for whom extreme volatility means more money.

The question is whether we really want to feed the speculators volatile EUA prices or whether we should instead strive to stabilise them.

Participants in EU ETS compliance should receive some type of guarantee that when an extreme situation occurs in the market the European Commission (EC) has a transparent mechanism that can be triggered. Such a ‘safety valve’ would be indispensable for stabilising EU ETS participants, contributing to better planning of future investments.

It seems that the European Commission currently has no such effective tools for stabilising prices. The mechanism in Art. 29a of the EU ETS Directive – which allows for 100 million allowances to be released from the Market Stability Reserve and auctioned in case of a sudden increase in EUA prices – cannot be called such a tool.

It is practically impossible to trigger, given the current structure and problems with interpreting the provision.

Depending on the interpretation, the EUA price would have to reach an average of €72–€74 before June 2021 (it has been approximately €40 since the beginning of 2021) or average €80-€84 in the next six months, based on two-year moving average.

Furthermore, any triggering of the mechanism would be conditioned on the observed price change ‘not corresponding to changing market fundamentals’. This concept can cover any change that affects the EU ETS, and because it changes constantly, the question arises of which changes do not ‘substantially’ affect the market.

Triggering the mechanism is also conditioned on Climate Change Committee meeting, which can take some time. All this shows that the European Commission has a decisive voice in this matter, and its interpretations determine whether any market intervention will occur.

These allowances may become valuable assets in the future when the market situation changes drastically and intervention is required. An uncontrolled increase in volatility that destabilises EUA prices would be extremely negative for the EU ETS.

Lowering participants’ confidence through a lack of price stabilisation and predictability in the context of planning future investments is the last issue the European Commission wants to face just before the discussion on the ‘Fit for 55 Package’ planned for July.