Is the EU doing enough to address wildlife crime?

100,000 elephants have been killed by poachers in the last two years. [Arnaud Boudou/Flickr]

The EU has become a global leader in tackling the illegal trade in wild animals and their products but needs to do more to address the wildlife crime happening on its doorstep, says Janice Weatherley-Singh

The illegal trade in wild animals and wildlife products continues to threaten many endangered species across the globe, from large iconic animals such as elephants and rhinos to less well-known reptiles and birds.

The problem has attracted increased political attention in recent years and the European Union (EU) has been one of the leading players in building international momentum to tackle it. The MEPs for Wildlife group in the European Parliament has been championing the issue and EU Environment Commissioner Karmenu Vella has made it a priority.

In February 2016, the EU published a comprehensive and ambitious Action Plan against Wildlife Trafficking, which advocated that a range of measures be taken—from funding to tackle poaching in partner countries, to efforts to dismantle criminal networks profiting from wildlife crime, to actions to reduce the demand for wildlife products.

The European Commission is expected to publish a mid-term review of progress in implementing the action plan soon. We expect the review to include reports from EU Member States on the actions they have been taking individually—and some have indeed made laudable efforts. However, as the EU is more than the sum of its parts, we are particularly interested in how well governments have managed to implement joint actions.

Since the publication of its action plan, the EU has certainly continued to play a leading role in international fora such as the Convention on International Trade in Endangered Species of Wild Flora and Fauna (CITES). At the last CITES Conference of the Parties in 2016, the EU worked with other countries to upgrade the protection of several endangered traded species such as the African Grey Parrot and a number of sharks and rays.

They also supported greater action against corruption and additional measures to protect species such as rhinos, tigers, and pangolins. Several EU Member States were also involved in the drafting of a landmark United Nations General Assembly (UNGA) resolution on wildlife crime, which was adopted in September 2017.

The European Commission has increased the amount of overseas development aid dedicated to fighting wildlife trafficking in partner countries, with new funding announcements for projects to tackle wildlife crime in Africa and Asia. The EU has also published comprehensive expert reports—the so-called ‘Larger than Elephants’ and ‘Larger than Tigers’ reports—to help guide future funding investments in wildlife conservation in Africa and Asia.

Despite these excellent efforts on the international stage, the EU still needs to do more to address the wildlife crime happening on its doorstep. The UNGA resolution calls on countries to make wildlife crime a serious crime within national legislation. If implemented, we would see more resources dedicated to investigating and prosecuting wildlife crimes along with increased penalties for offenders. In fact, this is not the reality within many European countries. 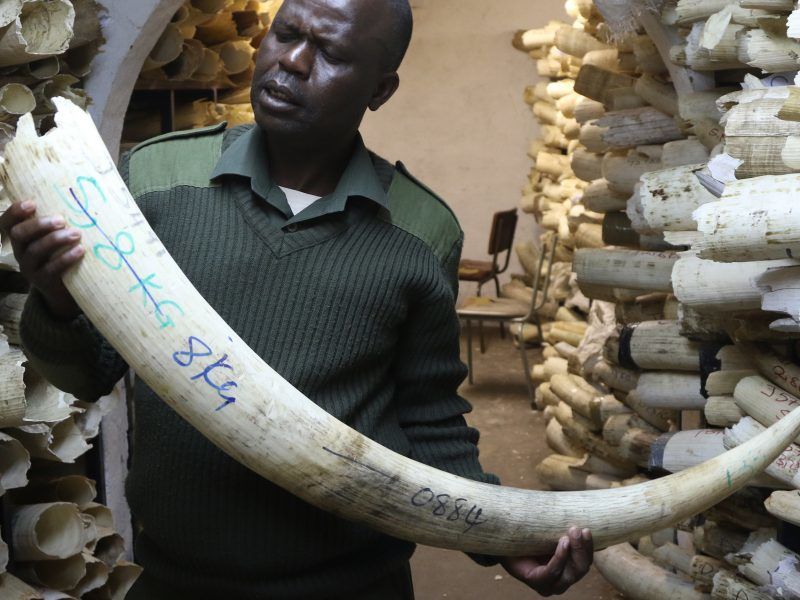 Responses to wildlife crime are currently patchy and generally insufficient to deter would-be offenders. This could change if the EU fulfils the commitment in its action plan to review its own Environmental Crime legislation, which ultimately needs to be revised to ensure that wildlife crime is consistently treated with the seriousness it merits across the EU.

In the same way, although the EU tightened up its rules on ivory exports last year, it has yet to close its internal ivory market even though many other countries have done so—including China, the US, and (a couple of months ago) the UK. A public consultation organised by the European Commission last year on its ivory market attracted the third highest ever number of responses to an EU consultation (almost 90,000), the vast majority of which were from citizens strongly supportive of banning all ivory sales within, to, and from the EU.

As two major international conferences approach—the Illegal Wildlife Trade being organised by the UK government in London in October and the next CITES Conference of the Parties to be hosted by Sri Lanka in May 2019—the EU has a window of opportunity to take further action to address wildlife crime within its own borders. In doing so, it will retain its global leadership role and continue pushing other countries to follow suit.