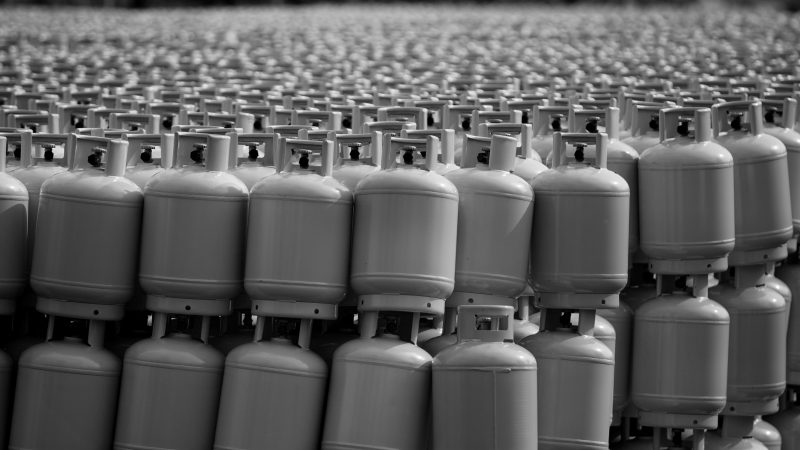 Illegal HFC refrigerants are being smuggled into Europe by organised crime outfits outside of the quotas defined in the F-gas regulation. The gases are widely circulated, readily available online and difficult to detect within the F-gas supply chain, meaning that buyers could be supporting illegal smuggling directly, or indirectly via a contractor. The pervasive market is affecting all areas of the value chain; car garages, corner shops, hotels and many other industries all over Europe could be using these illegal HFCs.

A new database created by Oxera Consulting LLP earlier this year has helped to shine a light on the extent of this illegal trade. Firstly, Oxera data analysed by EFCTC revealed a gap of 19 million CO2eqT in 2018 between the reported exports from China to the EU and the official EU reports on imports from China. Oxera also identified a spectacular increase in the export volumes from China to EU neighbouring countries that occurred around the same time that EU HFC quotas were tightened. Normal market growth does not justify this increase. Based on this information, EFCTC has calculated that another 15m tonnes CO2e are most likely destined for illegal transportation into the EU market. That’s a total of up to an additional 34m tonnes of CO2e imported illegally into the EU every year.

Let’s put that in context for a second. That’s the equivalent of all 1.2m inhabitants of Brussels each taking one transatlantic flight every day for a month, or the emissions from adding 25m new cars to our roads in a year – more than all the cars currently on the road in Spain. If the GWP of illegal HFCs were a country, it would be the EU’s 20th largest in terms of CO₂ impact.

Let me be clear: this is not a victimless crime. Illegitimate products flooding the EU market are supporting and funding organised crime and the activity of criminal gangs involved in the likes of human trafficking, guns and drugs dealing. It threatens the livelihoods of many SMEs across the supply chain, already struggling in the current pandemic-induced economic crisis. Many are potentially distributing and using illegally-imported products, and that means that those SMEs that are playing by the rules are suffering huge losses because they are being undercut by the illegal trade. It also means that hard-hit national exchequers are losing millions in uncollected and much-needed VAT. It also means that lost revenues from the legitimate trade are depleting R&D budgets, hampering the industry’s ability to accelerate the development of next-generation refrigerant solutions.

And it undermines the EU’s climate goals and hinders the uptake of more climate-friendly technologies. As the EU embarks on its ambitious journey towards a sustainable economy with the European Green Deal, it must not overlook proper enforcement of existing environmental legislation. The need for strong enforcement of EU environmental legislation is stressed in the new Chemical Sustainability Strategy, but it also needs to be implemented on the ground. It’s no understatement to say that if we don’t tackle this illegal trade comprehensively and completely now, the black market will harm the EU’s objective to be climate neutral by 2050.

Weak enforcement allows this problem to proliferate. There are big differences in member states’ enforcement efforts. Punishments for being caught are typically small. Under-resourced customs officers are struggling to tackle the problem at their borders, which is compounded by retroactive reporting of legitimate products under quota which prevents customs officials from having real-time information on suppliers.

But it’s not just down to the authorities; everyone has a role to play. From production to its end use in construction, hospitality or automotive sectors, an HFC canister changes hands many times. A survey by international NGO The Environmental Investigation Agency (EIA) found that 83% of all workers in the refrigerants value chain know about the illegal trade of HFCs and 72% have been offered disposable cylinders despite these being banned in Europe since 2007.

So it’s clear to me that, while the successful eradication of the black market depends on strong enforcement and action on the part of the authorities across the EU, it equally depends on the vigilance and cooperation of everyone involved in the value chain. The black market in refrigerants can only be eradicated if everyone in the value chain takes their responsibility seriously and joins in the fight.

We can help stop this by saying no to illegal HFCs. The only way to end the trade of illegal HFCs is by working together to break the chain of illegal trade one link at a time. This is why I call on everyone in the value chain to show their support by signing up to our pledge to #SayNoToIllegalHFCs!

With this pledge, everyone can play their part to detect and report illegal products when they purchase, service or sell HFCs. Pledgers receive detailed information about what they can do, as well as a suite of digital assets to show their customers and partners they have joined the fight. Pledgers can sign up as individuals or as companies, and more than 166 organisations and individuals have already signed up. Join your peers and sign our pledge to show that you are also committed.

Pledging is just the beginning. If you are involved in the HFC value chain, there are many things that you can do to help. Everyone can do their part to help end the illegal trade.  We have developed www.stopillegalcooling.eu to show you how you can make your contribution to eradicating the black market for HFCs.