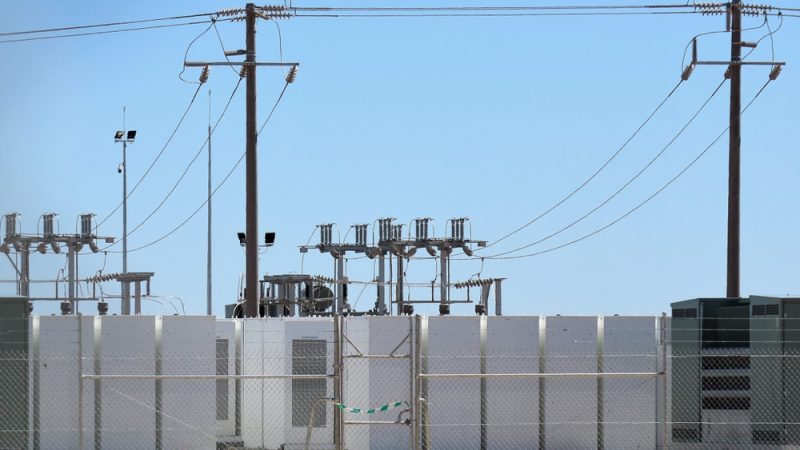 The growing share of renewable electricity and at the same time the necessity to secure grid stability leave more and more room for large-scale energy storage and its future EU-wide commercialization. This is why all innovative storage technologies are crucial for the practical implementation of the forthcoming “Fit for 55” package.

Reaching climate neutrality by 2050 is a profound and important aim which implies a significant energy transition of the whole European Union. Taking into account EU climate policies, the PGE Group, Poland’s biggest electricity utility, is aiming at becoming a leader in sustainable energy transition in Poland by achieving climate neutrality by 2050.

According to the new strategy published in October last year, PGE plans to have, by 2030, 2.5 GW of offshore wind capacities and to increase its onshore wind and PV capacities by 1 GW and 3 GW respectively. By 2030 zero- and low-emission sources will constitute 85% of the generation portfolio and share of renewable energy will amount to 50% of the total generation. By 2050 the goal is for 100% of the energy sold by PGE to come from renewable sources. PGE’s planned large-scale projects will be accompanied by a complementary energy storage programme of at least 0.8 GW of new capacities, which will support safe and flexible operation of the power system. One should note that PGE, being a leader in pumped storage hydropower plants, has the most significant experience in energy storage in Poland.

Why is electricity storage so important? Gradual increase of renewable electricity generation across the EU will impose many challenges that need to be addressed in the nearest future. According to the Polish National Energy and Climate Plan, by 2030 32% of electricity consumed in Poland will originate from renewable energy sources, including intermittent PV and wind. As a result, it will be necessary to deploy storage facilities to integrate high volumes of renewable electricity in controllable manner providing also grid security and other ancillary services to grid operators.

Reliability of electricity supply and flexibility of the energy system under these conditions may be ensured by further grid expansion and in particular by increasing clean storage capacities. Finally, storage units enable electricity to be saved for later and used when it is essentially needed, for example during electricity outages. This delivers additional grid efficiency that contributes also to reducing GHG emissions. Thanks to dynamic technological progress in manufacturing batteries, large-scale electricity storage facilities may become an inseparable feature of intelligent future European power systems.

One of the PGE’s flagship projects is Commercial Hybrid Energy Storage (CHEST) located close to Poland’s biggest pumped storage hydropower plant with an installed capacity of 716 MW and a storage capacity of 3,600 MWh. The plant is a part of PGE’s assets and lies in the vicinity of Żarnowiec, a small village in the northern part of Poland where significant capacities in onshore wind are present and offshore wind farms will be connected. CHEST will be based on lithium-ion batteries and will have a nominal capacity between 200 and 205 MW and a storage capacity between 800 and 820 MWh. This large-scale storage unit during its lifetime may provide around 2 TWh of electricity to the power system.

The CHEST project is based on an innovative hybrid technology that integrates generation from renewable energy sources and storage of electricity creating a new business model for the existing RES source. Artificial intelligence (AI) algorithms will be used to control the operation of the unit to allow for the maximum deployment of synergies stemming from system integration.

Due to its strategic location, CHEST will have a positive impact on ensuring stabilization of the transmission system in Central and Eastern Europe, including the possibility of restoring the system after blackouts. Potentially, the implementation of the project will allow to optimize a part of network investments thus contributing to grid efficiency. Żarnowiec will also be the point of connection of the future Harmony Link linkage, i.e. the construction of an undersea cable line, using High Voltage Direct Current (HVDC) technology to enable power exchange between the Polish and Lithuanian power systems at the level of 700 MW in both directions.

The investment, which CHEST will be able to work with, is scheduled for completion by the end of 2025. The CHEST project fits into numerous sectoral EU initiatives, such as the European Battery Alliance and EU System Integration Strategy. Due to the need to develop large-scale storage facilities, the project is characterized by high level of scalability in other EU countries. 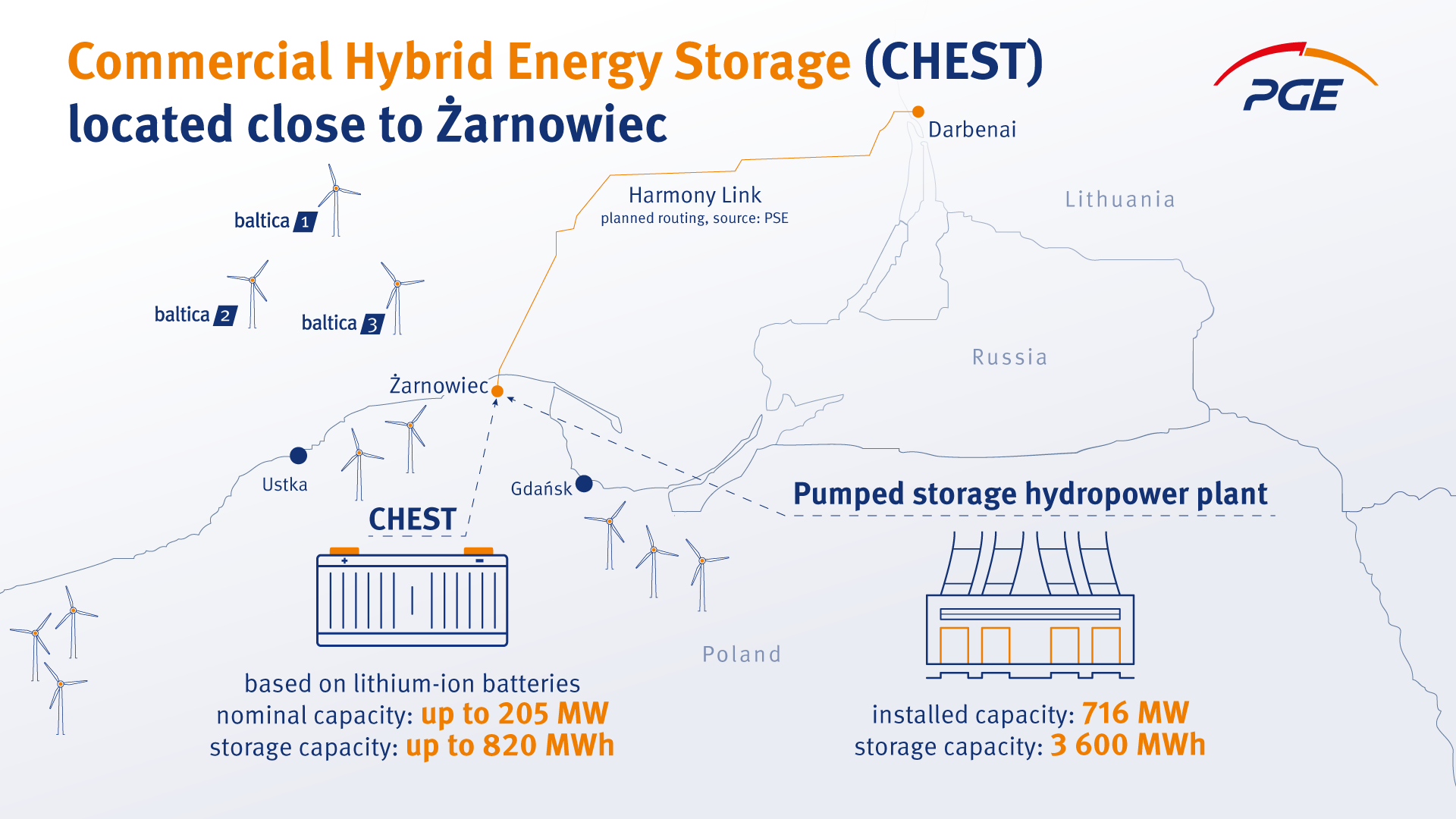 EU Innovation Fund, established under the EU ETS Directive, is one of the world’s largest funding mechanisms for innovative zero- and low-carbon technologies. By 2030, the Fund will provide at least EUR 10 billion (probably much more due to the rising CO2 prices) for supporting inventive projects contributing to Europe’s decarbonisation and achievement of climate neutrality by 2050. The Fund is intended to ramp up various types of technologies, from renewable technologies, CCS, CCU, through break-through solutions and products in energy-intensive industries, as well as energy storage. Target proposals are not yet commercially available, but are advanced enough to be ready for pre-market demonstration.

The first call for large-scale project closed in October 2020. It attracted huge interest since over 300 applications were submitted for an amount exceeding the call budget almost 22 times. The CHEST project after an independent expert evaluation successfully passed the first stage and is among 70 projects invited to the second stage. By the end of 2021, the European Commission will present the final call results and rewarded projects.