By Jakop Dalunde and Peter Sweatman

The European Commission's Horizon Europe programme proposes to allocate €100 billion to research and innovation in 2021-2027. This includes a €15 billion cluster for Energy, Climate and Transport. [© European Union, 2018]

Jakop Dalunde is a Swedish Member of the European Parliament for the Greens/EFA political group. Peter Sweatman is chief executive and founder of Climate Strategy, a consulting firm.

European leadership on climate change has been confirmed. The EU is the first significant economic bloc to commit to a climate neutral economy by 2050 as its fair contribution to meeting the goals of the Paris Agreement. This is not only ambitious but smart, as by acting early Europe can build competitive benefits for its enterprise and ensure a socially-fair transition.

Social justice and innovation sit at the core of Europe’s approach. The UN’s Intergovernmental Panel on Climate Change’s says that the global economy should be ‘net-zero’ in terms of greenhouse gas emissions by 2050, and that only by doing this can we substantially reduce the risks of climate change to human society and the natural world. However, these risks fall unevenly on the different members of our society, and Europe’s long-term strategy seeks to address this directly.

Innovation will be required across all sectors of the economy in the transition to climate neutrality and this is good for European competitiveness. According to modelling by the European Climate Foundation, three-quarters of the emissions reductions that the EU needs to achieve climate neutrality by 2050 can be delivered by today’s commercially available solutions, if they are deployed at the scale needed.

To get the last 25% of the way, however, will require innovation: in technologies, in business models, and in how we function as a society, such as through the embrace of the sharing economy and changing our habits.

The UN Environment Emissions Gap report recognises that accelerating innovation is key to bridge the emissions gap identified between current country pledges and activities, and those required for global climate neutrality by 2050. For example, while progress in electrifying transport, residential and industrial energy use is promising – if power generation continues to decarbonise – growth in petrochemicals, freight and aviation threaten to counterbalance emissions reductions elsewhere. Europe’s 2050 climate goals will be beyond reach unless we ramp-up innovation investments in those key areas, and in the funding of the development and preservation of natural “carbon sinks”.

It is therefore imperative that climate change is placed at the heart of European innovation investments, in both the public and private sector. The first reason is one of urgency. If we fail to invest in low-carbon innovation over the coming decade, it is unlikely to be possible to deploy zero-emissions assets fast enough to reach net-zero emissions by mid-century. Considerable investment will be required in long-lived infrastructure, such as in energy systems and the built environment. Societal innovation, meanwhile, can take decades to propagate.

The second is one of utility. A net-zero emissions Europe will be more efficient, cleaner and healthier. Generating power from wind and sun, backed up with large-scale, low-cost batteries, promises cheap electricity. Eliminating the use of diesel and coal reduces particulate pollution and smog. More liveable cities, designed to facilitate walking and cycling, and healthier diet can help tackle obesity and other effects of our increasingly sedentary lifestyles.

The third reason is one of advantage. In the emerging global economy of the 21st century, the competitive edge will lie with those companies can deliver growth without imperilling the environment on which we all depend. Investment in innovation now will allow European companies to export products and services that will help the rest of the world meet its climate change objectives.

The European Commission’s long-term strategy notes that Europe is in the process of designing its largest-ever innovation funding programme – Horizon Europe. This forms part of the next seven-year EU budget, covering 2021-27. The Commission proposes to allocate €100 billion to this programme to help keep the bloc at the forefront of global innovation, and include a €15 billion cluster for Energy, Climate and Transport. The Commission also proposes to raise the overall share of its 2021-27 budget dedicated to climate-change related action to 25% from 20% in the current period. This is referred to as “climate mainstreaming”.

To its credit, the European Commission recognises this imperative. It is proposing that 35% of the Horizon Europe funding is “climate-related”. However, this – along with private sector innovation investments – needs to increase by at least a third if Europe is to spur the innovation required to meet the net-zero goal by 2050, according expert analysis by Climate Strategy & Partners.

Horizon Europe is only one part of the bloc’s overall research and innovation funding. Climate change needs to be prioritised across the mainstream of EU and member state funding programmes, ensuring a co-ordinated drive to deliver the innovation needed, commensurate with the scale of the challenge. Public sector financial instruments must also crowd-in net zero carbon innovation monies from EU companies.

In their proposal, the Commission fails to include climate mainstreaming, something that was addressed by the ITRE committee vote in EU Parliament this November. However, the EU Council hasn’t yet connected these dots. If we cannot climate proof Horizon Europe and the rest of EU’s sector programmes, we will lock in money that will fail to fund innovation for climate neutral economic growth until 2027 – our next chance.

This innovation funding will flow through a broad, net-zero emissions industrial strategy that develops research and development through demonstration, market creation and deployment at scale. This is illustrated in the European Battery Alliance, which brings together the Commission, member states, the European Investment Bank and key industrial partners. Such an approach enables the creation of competitive manufacturing value chains within Europe, aligned with policy and regulation and with the full suite of government support available.

It is increasingly clear that we have no time to lose if we are to avoid the worst effects of climate change. It is also clear that the low-carbon economy offers enormous social and investment opportunities. Seizing this opportunity is clearly defined in Europe’s strategy for a climate neutral economy by 2050 and requires decisive investment in climate-related innovation. 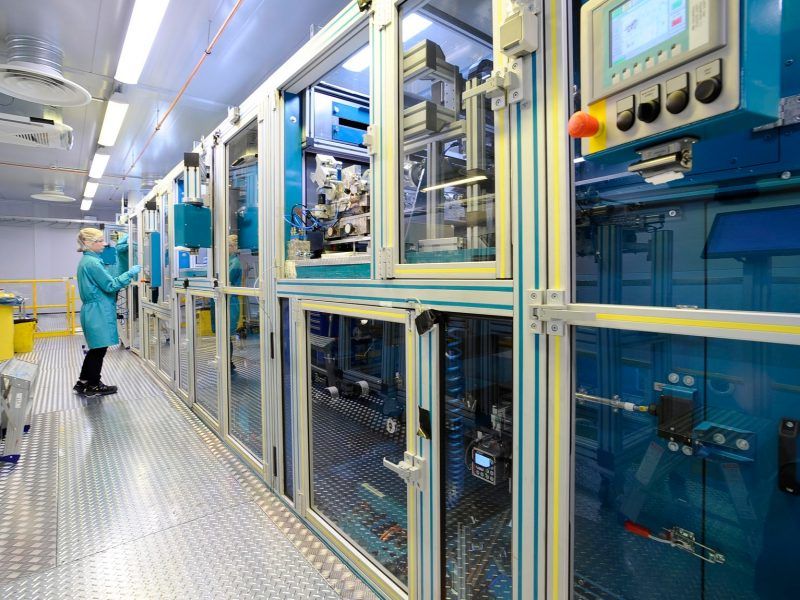