Even if the short-term response to the coronavirus is economic recovery and assistance to those who have suffered most, a sensible response must also embrace a long-term vision, writes Michel Derdevet. [USFWS Mountain-Prairie / Flickr]

Michel Derdevet is Vice-President of the Maison de l’Europe in Paris. He is also Professor at Sciences-Po Paris and the College of Bruges, and former Secretary General of French distribution grid operator Enedis.

Nature protection is not a highlight of the ambitious recovery package recently issued by the European Commission. A little earlier, the same Commission published a new biodiversity strategy for 2030, which did not make the headlines either even though it will guide EU action in this field for the next ten years.

And yet the strategy is timely. The European Environment Agency will publish its quinquennial report on the state of nature in Europe this autumn. And the 15th meeting of the Convention on Biological Diversity (COP15), now rescheduled for early 2021, will allow world leaders to reflect on the links between biodiversity loss and the COVID-19 pandemic.

Scientists suggest that the “connections between biodiversity and disease are now sufficiently clear to increase the urgency of local, regional, and global efforts to preserve natural ecosystems and the biodiversity they contain”. Human activities are proven to be one of the main sources of biodiversity loss, as a consequence of natural habitat degradation and the disruption of ecosystems’ fragile balances. It is crucial to protect and restore biodiversity to prevent the zoonoses – pathogen jumps from animals to humans – that have been the main cause of recent pandemics.

The COVID-19 crisis has rocked EU budget negotiations for the period 2021-2027 and the decisions Europe makes today will shape its aftermath. Nature, environment and biodiversity have never been priorities when it came to saving jobs or rescuing entire economic sectors from ruin. But from now on, even if the short-term goal is economic recovery and assistance to those who have suffered most, a sensible response must embrace a long-term vision.

Not least because there are plenty of economic arguments in favour of nature protection: more than half of the world’s GDP depends on the services it provides, notably to the construction, agriculture and food industries. Nature is also our best ally to reduce the impact of climate change. 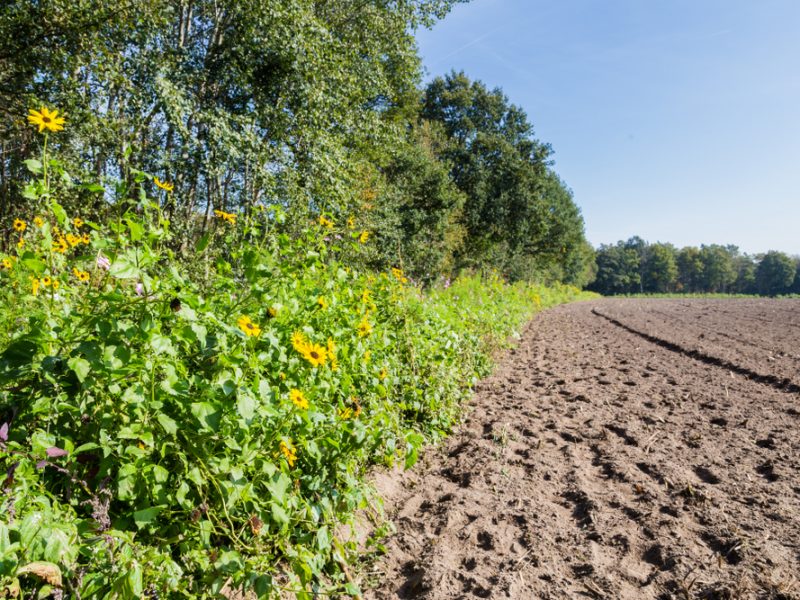 The EU already has a big programme dedicated to environment, nature and biodiversity. Since its creation in 1992, the LIFE programme has co-financed more than 5,400 projects, 1,700 of which were dedicated to nature and biodiversity. It has enabled around 50,000 on-the-ground actions. LIFE projects, of which one-third have directly benefited civil society, have given Europe invaluable experience to meet the ambitious nature preservation and restoration goals set out in the new biodiversity strategy. This foresees mandatory targets to restore rivers, stop the decline of birds and insects on agricultural land, reduce the use of pesticides and improve the conservation of habitats and species protected under EU law.

The Commission will present a detailed analysis of LIFE’s achievements on nature and biodiversity at Green Week in October 2020. Ahead of that, we can already state with confidence that LIFE has had a decisive impact on threatened habitats and species, especially highly endangered species at risk of extinction. To give just one example in one of my main areas of expertise, energy, thanks to the installation of beacons on electricity pylons, the project GypHelp has reduced the risks of electrocution and collision for the bearded vulture (Gypaetus barbatus), a critically endangered species according to the International Union for Conservation of Nature (IUCN).

LIFE not only finances direct action in the field, but has also allowed disparate stakeholders such as nature protection NGOs, citizens, academics, and local economic players (farmers, foresters, fishermen and landowners) to sit down together. It has served as a catalyst to mobilise public and private funding to manage the EU’s Natura 2000 network of protected sites. In other words, this is public money well-spent.

In future, the LIFE programme will match more holistic thinking within the European Commission with a sub-programme on the clean energy transition, as well as circular economy, climate action, and nature and biodiversity. This brings new possibilities for synergies. It is heartening too, that the Commission published its biodiversity and “Farm to Fork” strategies at the same time, suggesting at least an attempt at coherence between the two.

Is it a signal that Europe is set for a systemic approach to economic recovery? Not all the signs are positive. LIFE had the biggest proportional increase of all programmes in the Commission’s original budget proposals, from €3.4 billion for 2014-20 to €4.8 billion for 2021-27 (in 2018 prices). But it does not get more, indeed it actually loses a fraction of that increase in the new, post-pandemic version. There is no explicit boost in funding for biodiversity in the Commission’s new budget proposals, even though the new biodiversity strategy calls for €20 billion a year to be spent on nature.

What is clear, is that only by taking a long-term, holistic approach will Europe learn from the crisis and build the resilience that has been in too short supply these past few months.

The Green Deal is at the heart of the EU’s economic recovery plan. But it is its climate pillar that has captured most of the attention. Let’s not forget that biodiversity and nature protection are equally important for the world that we all aspire to.