Methane is Europe’s New Frontier in the Climate Battle 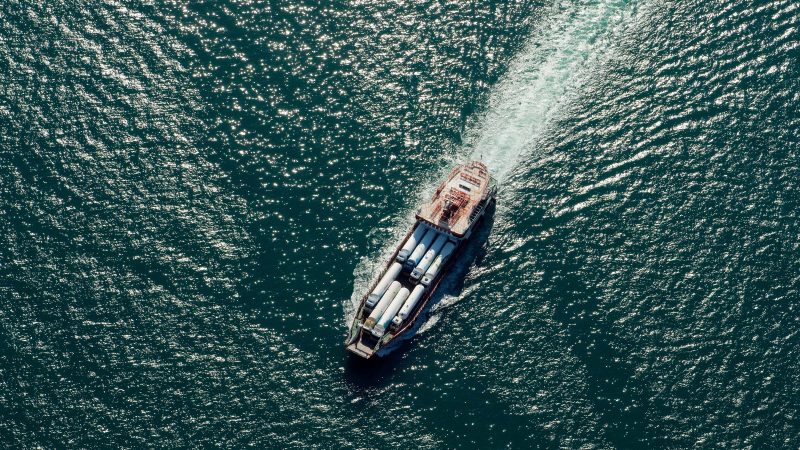 Europe has long led the world in ambitious strategies for fighting climate change. Now, as the challenge grows more urgent, the EU is once again in a position to set the standard on a crucial issue:  methane.

Scientists tell us that cutting methane emissions from the oil and gas industry, large-scale agriculture and other activities is the fastest way to slow the rate of warming right now, even as we continue to reduce CO2 and other greenhouse gases as quickly as possible.

Policy makers worldwide have been slow to recognize the harm that methane does, or the opportunity that it now presents. But EU officials have a chance to unlock major methane reductions – not just within the bloc, but around the globe – if they take a comprehensive approach to mitigating these emissions in legislative proposals expected later this year.

By reducing emissions of methane — which has more than 80 times the warming power of CO2 over the first 20 years after it reaches the atmosphere — we can hit the brakes on the increasingly dangerous speed of warming that is responsible for stronger storms, longer droughts and rapidly melting Arctic sea ice.

Research published just last month by Environmental Defense Fund scientist Ilissa Ocko shows that a rapid, full-scale effort to cut methane emissions from human sources could slow the worldwide rate of warming by as much as 30%.

Fully deploying known solutions across the six key sectors that are responsible for a majority of methane emissions could cut releases of the potent greenhouse gas in half by 2030, avoiding a 0.25 degree Celsius of additional global-mean warming by midcentury, and more than 0.5 C by 2100.

A half-degree C would make a critical difference in a world trying to keep warming below 2 C. It could mean 10 million fewer people at risk from sea level rise; half the number of people stressed for water and half the number of plant and animal species losing crucial habitat.

The findings are echoed in a new U.N. report which says that that human-caused methane emissions can be reduced by up to 45% this decade using currently available measures. It also indicated significant benefits for air quality and the economy, finding that methane action could prevent a quarter of a million premature deaths, 775,000 asthma-related hospital visits, 73 billion hours of lost labour due to extreme heat, and 26 million tonnes of crop losses annually.

The EU Methane Strategy published last year lays the groundwork for legislative proposals at the end of 2021 that could deliver meaningful emission reductions. Legislation related to energy, the sector with the highest potential for rapid, cost-effective reductions, will require companies to measure, report, and verify all methane emissions, improve leak detection and repair on all fossil gas infrastructure, and may ban routine venting and flaring.

But there’s one potential measure that could truly outsize impact on emissions far beyond EU borders.

As the world’s largest natural gas importer, with 85% of its consumption coming from outside its borders, the EU can exert some influence over its suppliers. The methane footprint of gas produced in these supplier countries is estimated to be between three and eight times larger than the methane emissions from the gas supply chain within the EU’s borders.

Just as all cars produced or imported into the EU need to adhere to strict emission standards, so should all gas which flows into the EU adhere to the same strict standards that applies to gas produced in the EU. One way to do that is a methane emissions performance standard for all gas consumed in the EU.

A methane performance standard would complement other proposed measures and ensure significant methane reductions. A policy brief, developed by the Florence School of Regulation and Environmental Defense Fund Europe, describes pathways for a performance standard for natural gas to address upstream emissions for both imported and domestically produced gas.

Leading companies, including many headquartered in Europe, have committed to lower methane intensity to 0.20% by 2025 and begun deploying mitigation efforts. At the same time, an ecosystem of methane-tracking satellites from the European Space Agency and a new projects like MethaneSAT are helping lead the way for a host of new innovations that will make it faster, easier and cheaper to reduce methane emissions.

So much of what needs to be done to mitigate climate change is difficult, disruptive and inconvenient – but tackling methane emissions from oil and gas represents the low hanging fruit of the climate struggle.

The stars are beginning to align on methane. With the EU, US and Russia now acknowledging the problem, there is an emerging global political will to tackle methane emissions. Moreover, the scientific evidence shows all too clearly the need to act now and decisively, and industry stands ready to play its part. Europe must now grasp this opportunity.