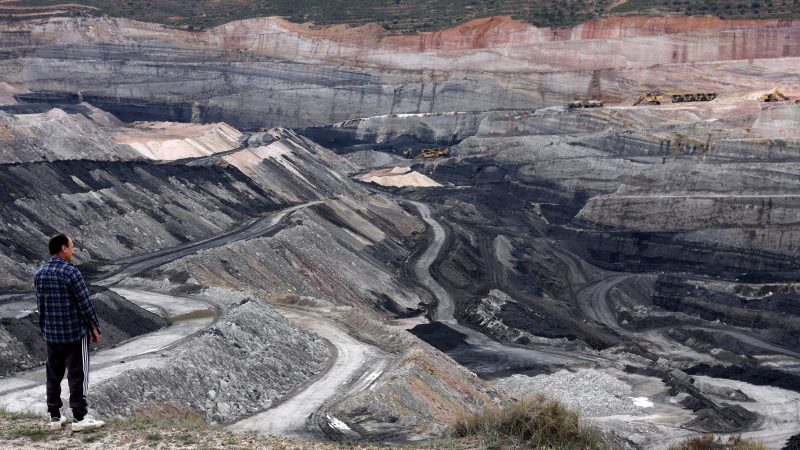 Decarbonising the world requires oil, gas and mining companies to open their businesses up to scrutiny. The EU has a golden chance to make this happen – and must seize it, writes Caroline Avan.

Caroline Avan is Advocacy Officer at Oxfam. She is also the author of various reports on the French extractive sector and is the coordinator of Publish What You Pay (PWYP) France.

As the reality of the climate crisis dawns, more Europeans want to live sustainably.

They want to know that what they consume isn’t harming people or the planet: that the food they eat, the clothes they wear, the cars they drive and the energy they burn aren’t fuelling environmental and human rights abuses around the globe. They want to know if the oil and gas companies driving climate change are finally taking it seriously. They are not alone: investors, too, are asking the same questions. But how can they know?

One way – at least partially – is through the Non-Financial Reporting Directive (NFRD). Adopted in 2014, it requires large companies in the European Union to disclose information on their businesses’ social, human rights and environmental impacts. But it’s long been clear that these requirements are inadequate – in particular by leaving too much to companies’ discretion. The EU is currently overhauling them: replacing the NFRD with the Corporate Sustainability Reporting Directive (CSRD).

Until now, the CSRD’s legislative journey has gone under the public radar. But while its technical details might appear arcane, its real-world consequences could be huge.

As the European Parliament’s rapporteur for the CSRD, Renew Group MEP Pascal Durand plays a key role in shaping the Parliament’s position on the legislation. He believes it could signal a transformative moment for capitalism, as societies push corporations to live within the planet’s limited resources. “You can no longer value a business solely on its ability to make short-term profits,” Durand said in a recent interview.

The draft CSRD proposal that the European Commission presented earlier this year already presents several improvements but falls short in other ways.

The text is now being examined by the European Parliament, and it needs to raise the bar to meet the extraordinary challenge that the climate emergency represents in particular. Specifically, it must target the companies who contribute most to it and those who will play a crucial role in moving to a low carbon planet.

In other words, to be effective, the CSRD must prioritise coal, oil, gas and mining companies: the ones who extract the fossil fuels that cause global warming, whose production must be dramatically phased out to limit global temperature rises to 1.5°C. It must also target the companies extracting the transition minerals required for the wind turbines, solar panels, electric vehicles and other clean energy technologies we will increasingly rely on.

The Commission has already signalled that eventually, new transparency obligations will be imposed on specific sectors, but it is unclear if and when specific rules would be imposed on coal, oil, gas and mining companies. The case for targeting them, though, is indisputable. At COP26, fossil fuels were mentioned for the first time in the agreement reached by almost 200 nations.

And yet, only 23% of the major energy and resource extraction companies in the EU have set out detailed science-based targets which align with the Paris Climate Agreement. Moreover, only 27% of these companies have publicly outlined the risks that their operations pose to human rights.

These risks and other key financial details outlining how revenues are split between countries and corporations are often buried in secret contracts between the companies and governments. Yet without this information, the public cannot hold companies to account and ensure that they stop contributing to the ongoing destruction of the planet and human rights violations.

The CSRD offers a golden chance to rectify this.

But to grasp this opportunity and ensure that the CSRD is fit for purpose, concrete measures must be included, as 12 leading civil society organisations, including Oxfam, Publish What You Pay, Natural Resource Governance Institute and Global Witness, have outlined.

These include mandating specific sustainability disclosure standards for oil, gas and mining companies. These should contain rules forcing them to reveal the full extent of their fossil fuel reserves and associated emissions, their production projections – and related fossil fuel phase-out, greenhouse gas emissions, and how they plan to transition to a low carbon world, including whether they will rely on any carbon offsets or negative emissions technologies to do so. It’s vital that such disclosures are made at the project level to fully understand their impact.

Extractive companies must also be required to outline their operations’ specific environmental, social, governance, and human rights impacts. As the publication of extractive contracts has now become the global norm, the European Union has a chance to get on the train and make it a mandatory requirement.

The long history of misery that oil, gas and mining operations so often bring to the communities in their vicinity is well-documented. And as companies rush to exploit transition minerals, such as cobalt and lithium, this history is repeating itself.

From the children as young as seven in the Democratic Republic of Congo, mining the cobalt used in rechargeable batteries for electric cars, to new sources of environmental degradation in countries of extraction as a result of frenetic mining for minerals, we must not ignore the grim human – as well as environmental – toll of the scramble towards a greener planet.