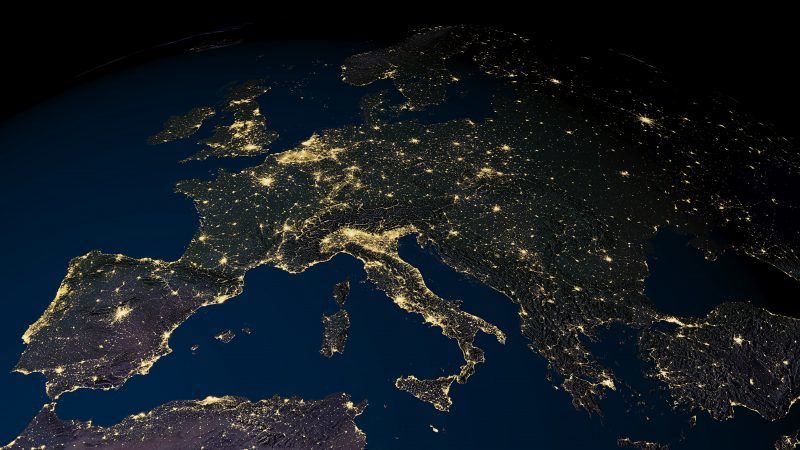 Earth at night over Europe

If Europe is serious about decarbonising its economy by 2050 then one-quarter of the electricity produced in the EU will need to come from nuclear, writes Yves Desbazeille.

Yves Desbazeille is the director general of FORATOM, the association of nuclear energy industry in Europe.

This will ensure that citizens and industry have access to the low-carbon electricity they need – when they need it – and it will help to reduce the economic burden of the transition to a low-carbon economy on consumers.

These are the conclusions of an FTI-CL Energy Consulting study commissioned by FORATOM, the European Atomic Forum. Entitled “Pathways to 2050: the role of nuclear in a low-carbon Europe”, the study analyses how nuclear can help Europe reach its 2050 low-carbon targets.

The latest Intergovernmental Panel on Climate Change (IPCC) report (Global Warming of 1.5°C) also recognises that nuclear power is essential if the world is to keep global warming to below 1.5 degrees. According to one of the IPCC scenarios, a six-fold increase in global nuclear capacity is needed if we want to achieve our climate goals.

Pathways to 2050: the role of nuclear in a low-carbon Europe

Decarbonising the European power mix by 2050 while maintaining security of supply will require the mobilisation of all low-carbon, secure and cost-efficient power generation sources.

If Europe were to reduce nuclear capacity to just 36GW, then it will face some significant challenges, particularly in terms of keeping its lights on. In order to prevent blackouts, the EU would need to invest in an additional 535GW of renewable, storage and back-up capacity by 2050 in order compensate for the 114GW of lost nuclear capacity – a 50% increase compared to today’s installed capacity!

Europe would, as a result, become much more dependent on storage, a technology which has yet to prove is technological and financial worth.  Under a low nuclear scenario, Europe would need access to around 440 GW of batteries and seasonal storage such as Power2X in 2050.

Should Europe decide not to invest in the long-term operation of nuclear reactors, it would also require the equivalent of 4 years worth of the EU’s current thermal power generation to cover the loss in nuclear capacity.  Europe would thus remain heavily dependent on imports (+36% in gas consumption and +18% in coal consumption between 2020 and 2050). It would also end up emitting 2200 million more tonnes of CO2 over the same period.

When it comes to other environmental impacts (air pollution, land use and resource use), an energy mix composed of at least 24% nuclear would provide the following benefits:

Reducing the economic burden of the transition on consumers

If nuclear were to account for one-quarter of Europe’s energy mix in 2050, Europe could save more than €440bn between 2020 and 2050 (compared to the low nuclear scenario).  For example, the lifetime extension of existing capacity and the construction of new plants would save €350bn thanks to lower total generation costs.

This represents a 5% saving in terms of total EU consumer costs over the same period. Around €90bn could also be saved in relation to the additional Transmission and Distribution grid costs needed to accommodate the new solar and wind capacity which would replace the lost nuclear capacity.

Furthermore, given the 60-year lifespan of a nuclear reactor, combined with assumptions concerning new build projects under the high nuclear scenario, the residual value of investments is €960 billion higher in 2050 compared to the low scenario.

More importantly, not only does this European industry contribute significantly to Europe’s economy, a high nuclear scenario in 2050 would support about 1 million highly skilled direct job-years in Europe.

The study demonstrates the important contribution of nuclear to the transition towards a decarbonised European power system. With nuclear accounting for a quarter of the energy mix in 2050, the EU has a chance of meeting its 2050 decarbonisation targets.

Furthermore, nuclear can support variable renewable sources of energy by providing proven, carbon-free dispatchable power and flexibility to the system and reducing the system’s reliance on yet unproven storage technologies.

More information: Pathways to 2050: role of nuclear in a low-carbon Europe – FORATOM summary