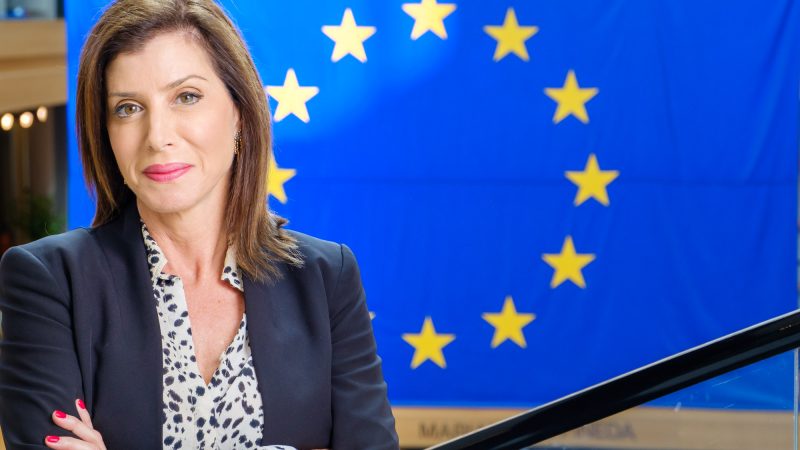 Recent developments on the world trade scene are posing serious threats to Europe’s economic strength and its fight against climate change.

Non-market-oriented policies are adopted by Beijing in an effort to boost certain industries despite a slowdown of domestic demand, leading to massive excess capacities in various products that are now being exported elsewhere.

In this context, the World Trade Organisation (WTO), faces its own crisis.

The rules defined at the time of its creation are clearly not adequate to address today’s main challenges disrupting global markets, and the dispute-settlement mechanism is about to become inoperable despite attempts for interim solutions to overcome a US block of appointments to the WTO’s Appellate Body.

Meanwhile, there are huge disparities in efforts to tackle climate change under the Paris Agreement. While the EU is paving the way to a net-zero and circular economy having announced the “European Green Deal”, some of our trading partners are not fulfilling their international commitments, choosing to ignore the reality of the climate crisis.

The EU needs to remain committed to strengthening and preserving multilateralism, but it is equally important to enforce the rules for fair and equal trade. Greater reciprocity, non-discrimination, sustainability and openness in the field of trade are key factors driving our competitiveness.

The case of the aluminium industry is a good example of how unfair competition and government support can harm Europe’s manufacturing assets. A recent report on the aluminium value chain by the OECD reveals how China affects international prices through dumping of subsidised aluminium products.

According to the OECD, 85% of the $70bn support to aluminium companies worldwide went to just five Chinese firms. As a result of this support, China now produces 57% of worldwide primary aluminium, compared to only 10% fifteen years ago, and Chinese overcapacity is five times higher than total primary aluminium production in Europe.

In the past five years, China aluminium exports to the EU have more than doubled, particularly for semi-fabricated products.

Magnesium’s story exemplifies the risk of late or no action. China identified magnesium as a strategic industry and over-expanded its production, which led to excess capacities and the dumping of products on the European market.

Most of Europe’s magnesia plants have since closed and China now has what is almost a monopoly, allowing it to set the price for a raw material that cannot be substituted and that is indispensable to many industrial processes and agriculture.

We should not repeat the same mistakes and let this happen to other strategic materials. The writing is already on the wall with order books going into the red and operations closing in several parts of Europe.

Giving up a sector of the aluminium value chain could create a “domino effect” and would mean that Europe will lose a secure supply of aluminium, long-established know-how and an industrial strength that is crucial to the functioning of many industries such as automotive, IT and defence.

The current trade defence measures in the aluminium sector (on wheels, foil, and radiators) are in the right direction, but efforts in this area need to be intensified to safeguard the future of the industry. The EU should be more alert to ensure fair trading conditions.

Aluminium can play a leading role in Europe’s transition to a low carbon economy, as it contributes to energy and CO2 savings in leading sectors, giving lightweight to mobility, making packaging more resource-efficient, and enabling energy savings in buildings.

Low-priced and harmful to the environment Chinese aluminium imports risk hindering European sustainability efforts, as these imports globally compete with those of European producers who face higher carbon costs but have a carbon footprint that is, on average, three times less.

Winning the battle of climate change is crucial, and so is preserving our jobs, our know-how and our industry. In the era of globalization and interdependence, the multilateral system should be preserved.

Yet, there is definitely room for improvement. While we promote open trade based on environmentally friendly practices among others, we cannot act naively. We have to protect Europe’s jobs and industry from unfair trade practices worldwide. At the same time, all trading partners should be committed to fight climate change in accordance with the goals of the Paris Agreement.

This should be the compass for every new agreement concluded in the future. The upcoming discussions on a new industrial policy, the European Green Deal, and the European climate law could be the perfect occasion to consider new regulatory and policy tools.