Put co-innovation at the heart of EU green external relations 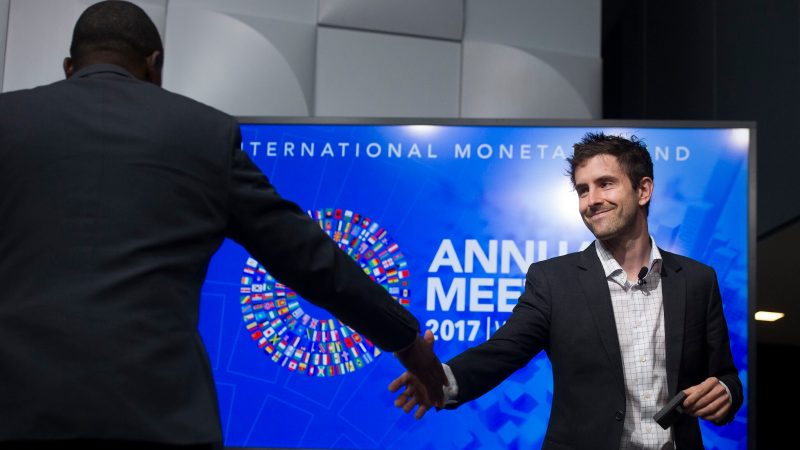 A clear signal about innovation cooperation with all the Global South is needed, writes Mats Engström. [International Monetary Fund / Flickr]

The EU needs to intensify its cooperation on green innovation with other parts of the world, writes Mats Engström.

There is not much time to prevent catastrophic climate change. A key factor is how rapidly new low-carbon technologies are diffused globally. For example, there are promising breakthroughs in carbon intensive industries such as steel production.

The European Union and several Member States have ambitious policies to support green industrial transformation, such as the Innovation Fund financed within the emission trading system (ETS). However, the need for quick diffusion and for technology adapted to the needs in the Global South have not been sufficiently addressed. Similar examples can be found in other areas such as energy, transport, and agriculture. Thus, the EU needs to intensify its cooperation on green innovation with other parts of the world.

Another reason is the tension put on EU external relations by the proposal for a carbon border adjustment mechanism (CBAM). Although there are good reasons for taxing import of carbon intensive goods, many parts of the world have reacted strongly to the CBAM proposal. In addition, proposals for an international climate club risk creating the impression of the rich world moving forward without enough consideration of developing countries.

The European Parliament is now debating its positions on CBAM and the revised ETS, and Council discussions have started. To facilitate global climate progress and reduce political tensions, part of the CBAM revenues should be used to support developing countries (as argued by many). It is encouraging that European Parliament rapporteur Mohammed Chahim is proposing financial support to finance decarbonisation of industries in the least developed countries (LDCs).

But trade partners in the Global South also include important countries such as India, Indonesia, and Egypt, that are not LDCs. A clear signal about innovation cooperation with all the Global South is needed. The same goes for countries in the EU’s neighbourhood such as Ukraine, that will be strongly affected by CBAM.

To encourage low-carbon transitions in such countries, the EU could create a Co-innovation and Green Tech Diffusion Fund, financed partly through ETS and CBAM revenue, partly through the Global Europe program, as described in a recent ECFR report. Internally, the EU and its member states will need to substantially increase their investment in human and economic resources for green innovation networks with key countries.

The EU can also break the deadlock in multilateral negotiations on green technology transfers by taking a more constructive approach at the World Trade Organisation on issues such as intellectual property rights. It is important that breakthrough technologies developed with public support are not monopolised by first movers.

At the EU-Africa Summit foreseen for February, Europe can show that its green industrial policy is not only about promoting domestic companies. The EU could also work with, for example, India to develop green technologies suited to third countries in the Global South. Supporting the proposal for a Global Green Hydrogen Alliance could be such a step.

If the European Parliament in its first reading proposes increased co-innovation and green tech diffusion funding with developing and neighbouring countries as part of CBAM/ETS, there are several possibilities to channel such money that can be further explored with the Commission and the Council in subsequent discussions, including:

The European Parliament positions on CBAM and ETS will be decisive. There is no need to flesh out all details in the first reading, but a clear signal is needed about sufficient funding for co-innovation and green tech transfer with the Global South and the European Neighbourhood.