“RENO®”: A Smart Waste Management system taking UCO Collection to the next level 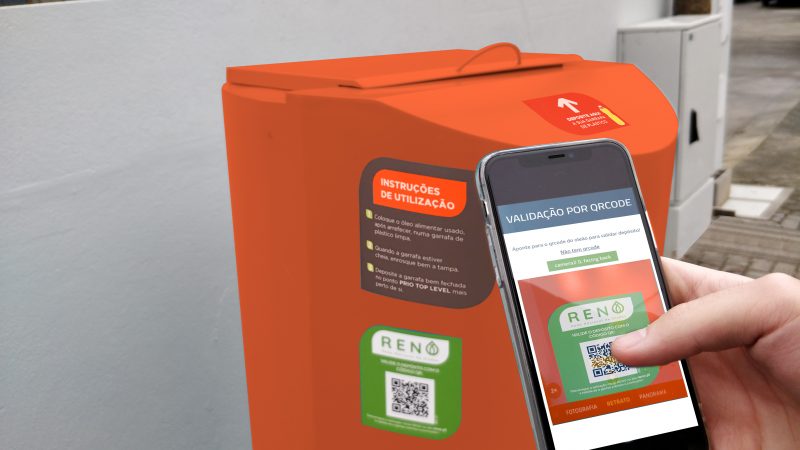 “The company currently has 2000+ collection points nationwide and 80+ partnerships across municipalities and the retail sector, promoting the use of waste-based biofuels.”

The decarbonization of the EU transport sector is especially important as it represents nearly a quarter of the EU greenhouse gas (GHG) emissions. Used cooking oil (UCO)-based biodiesel is characterized by a particularly high GHG emissions reduction of more than 90% when compared to fossil diesel. Waste-based biodiesel using UCO and other waste lipids will play a key role for the decarbonization of the EU transport, particularly for the road and maritime sectors, in the lead up to achieving carbon neutrality by midcentury, as envisaged by the EU Green Deal.

In this context, Hardlevel has set up an innovative smart waste management system for municipalities and households, named “RENO®”, to efficiently recycle domestic used cooking oils. The first experience is seeing increasing collection volumes across Portugal, French Caribbean islands and is shortly expanding into Spain and beyond.

RENO® is built around novel Hardlevel logistics, the Internet of Things (IoT) technology and a nationwide awareness strategy to engage citizens. Large anti-spill ergonomic containers are being placed outside public spaces such as municipalities, including special features that prevent theft, fraud, and fire damages. Separately, reusable domestic UCO containers that can hold up to 7L are being made available to households interested in contributing to waste collection from their own homes.

The system is intended to reward citizens by earning “green points” every time UCO is collected from households and deposited in these public specified collection points, named “UCO Containers Smart S+”, by residents, with prizes awarded through regular holding of raffles for engaged participants.

It is important for Hardlevel to make UCO management as efficient as possible and that is why we have introduced a tracking software for pickups and routes including route optimization for our trucks, reduction of carbon footprint of the logistics as well as waste traceability that is important for our customers and our certification requirements.

A 2009 national law that made it legally binding to manage used food oils from the industrial, hotel and catering (HORECA) and domestic sectors developed the industry across the country. Most of Portugal’s UCO volumes can be collected from households but the domestic sector has not received enough incentives or adequate awareness to capture volumes available.

Domestic collection of used cooking oils has multiple benefits as many households dispose of their UCO down the drain, where it can contribute to the blockage of the sewer systems and require expensive disposal teams to remove.

Hardlevel is a pioneer when it comes to used cooking oils collected and managed across the country.  The company currently has 2000+ collection points nationwide and 80+ partnerships across municipalities and the retail sector, promoting the use of waste-based biofuels.

A national plan to support biofuels producers – already in place since 2017 – will be revised by the government to further promote the production of advanced biofuels and create new circular value chains around biomass resources.

Portugal has a significant waste biodiesel industry and already has a solid infrastructure in place that could easily be expanded in the coming years. Portuguese policy makers are set to further support the Portuguese industry by raising the REDII 1.7% flexible cap for the use of waste-based biofuels across the EU to achieve transport industry targets. Member states like Germany, Netherlands and Italy are equally proposing higher waste-based biofuel targets, while the upcoming revision of the REDII poses a great opportunity for the inadequate flexible cap to be eliminated altogether.