Restricting lead gunshot over wetlands: Why is the European Commission proposal so problematic? 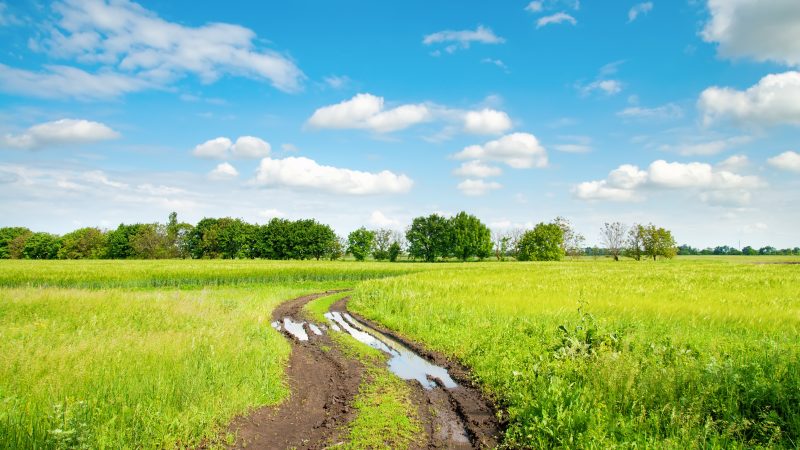 This puddle will be a ‘wetland’ under the Commission’s proposal

23 Member States have already phased out lead gunshot for hunting over wetlands. For the past five years, work has been underway to develop an EU-wide restriction on lead gunshot over wetlands. The European Chemicals Agency (ECHA) produced its option, but things went downhill when the European Commission (EC) started producing its proposals for discussion within the EU REACH Committee. Unsurprisingly, the EC has been unable to receive enough support from governments and was forced to make revisions. However, the revisions do not go far enough to address several fundamental problems. Even though the current proposal is unworkable and evidently illegal, the EC requested a vote by written procedure on 24 June 2020. Member States have until 15 July 2020 to express their position (positive, negative or abstention).

The EC proposal is like no other ever seen. Under this proposed regulation, hunters would have to prove innocence if in possession of lead gunshot, even outside of wetlands when going home from hunting. The preamble of the EC proposal refers to “catching hunters in the act”, which is hardly appropriate language for a legislative proposal.

More specifically, the EC proposal establishes a legal presumption where it would be for hunters to show that they have been shooting/hunting elsewhere than in wetlands, if questioned by enforcement officers when moving to and from hunting areas. Did the EC forget about the presumption of innocence, which is an extremely important principle in EU law and considered as an expression of the rule of law in all Member States? Put simply, this entails that the burden of proof is on the prosecution to prove the elements of an offence. Consequently, the EC proposal represents a major interference with the fundamental principles of EU law.

The unfeasible definition of wetlands and buffer zones

The EC proposes to use the full Ramsar definition of wetlands (without any designation like under the  Ramsar Convention), which expands the scope to expansive areas without visible water mainly because it includes ‘peatlands’, including all peatlands without visible water. This definition is highly ambiguous for hunters and enforcement officers in deciding what areas are peatlands (including many dry forest areas) and where such peatlands and water occur at the field level. More complexity is added because the Ramsar definition includes all water regardless of size, including a 1m² area of temporary water, which appears in an otherwise dry field after a shower of rain. This, combined with 100 metre buffer zones, will create widespread confusion, and means that the definition of wetlands is a moving target depending on the weather conditions. This is impossible to apply in practice and will result in Member States having to invest huge resources in attempting to train enforcement officers and hunters on mapping and guidance on what constitutes a wetland.

It is interesting to note that ECHA’s proposal prohibited shooting with lead gunshot “within a wetland or where spent gunshot would land within a wetland” whereas the EC continues to push for fixed buffer zones even though Member States have expressed their dissatisfaction in the REACH Committee. The EC proposal is bizarre because it means that it is perfectly fine to shoot lead gunshot towards wetlands beyond 100 meters.

More importantly, this approach is against EU law because it does not fulfil requisites of the principle of legal certainty as it is not sufficiently detailed for practical application. For example, it does not give hunters a clear and precise understanding of their rights and obligations nor does it enable national courts to ensure that those rights and obligations are observed. There will thus be multiple cases in which hunters and enforcement officers do not know whether they fall within or outside the intended scope of the restriction.

No exemption for police and military use

It is strange that there is no reference, explicit or otherwise, that use of lead gunshot by police and military is outside the scope of the EC’s proposal. This seems to be an oversight from the EC.

Expanding the reach of REACH

From a legal perspective, it is very unclear whether the REACH regulation, originally intended for ’industry’, can legally apply to hunters as ‘consumers’. REACH has never been applied in this context before and thus the scope of REACH will expand far beyond its original remit. For example, ethanol is a substance under REACH, so perhaps the REACH regulation can now be broadened to restrict European citizens from consuming alcohol?

Criticism by the industry, hunters and other users towards the EC proposal has not been for policy reasons but on the grounds that its proposals are technically deficient and legally flawed. By no means does the current EC proposal follow the principles of ‘Better Regulation’. The Commission has had ample opportunities to remedy utterly inadequate drafting and ambiguity in its provisions.

It is to be noted that the draft restriction, if adopted, would affect Member States and importantly 7 million hunters in Europe to a degree which cannot be ignored. The current EC proposal could damage the credibility of the EU legislator but also contribute to widespread legal uncertainty and legal instability for Member States and Europe’s hunters. The EC should therefore propose text which is legal and understandable.