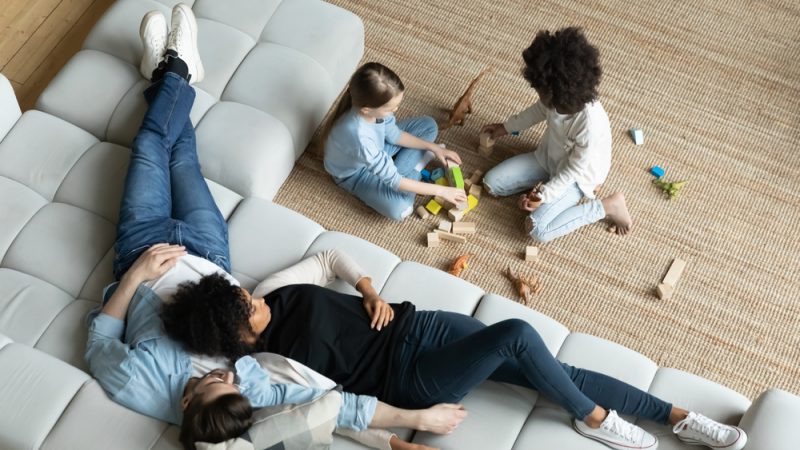 Fears of leaving Europeans unable to heat their homes have led to governments allocating billions of euros for energy bill rebates, in some cases even pledging to freeze gas and electricity tariffs. Spending on this scale will not be sustainable for long – nor will it reduce Europe’s dependence on foreign fossil fuels.

The European Commission later this month is expected to publish a proposal, known as REPowerEU, to make the EU independent of Russian energy. With Russia’s invasion of Ukraine having led to soaring natural gas prices, it is vital to show that building renovation is the single most effective way to cut the need for imported energy.

“We need to act now to mitigate the impact of rising energy prices,” said Commission President Ursula von der Leyen, presenting a first outline of REPowerEU on 8 March. “It is time we tackle our vulnerabilities and rapidly become more independent in our energy choices,” added her colleague and Green Deal Commissioner, Frans Timmermans.

This is action we should and could have taken a decade ago, following Europe’s last gas market supply shock in 2010. Some 40% of energy demand around the EU comes from the buildings sector. It should not take a war and skyrocketing energy prices to show us that insulating buildings will dramatically cut imports of fossil fuels.

Eurima, the European Insulation Manufacturers Association representing the interests of all major mineral wool producers throughout Europe, already in 2014 commissioned research showing that energy efficiency and renovation was the single most effective way to reduce EU dependence on imported gas and oil. Since then, demand has remained steady and energy prices have risen.

Last week, consultancy firm Guidehouse published research, commissioned by Eurima member Rockwool, showing that renovating the least efficient buildings around the EU and switching them to heat pumps could cut EU gas demand by 70 billion cubic metres a year by 2030. This is almost half the 155 billion cubic meters EU countries import each year from Russia.

As set out in this new paper, there are a lot of actions that should now be taken, given all the evidence to show that renovating buildings will cut our need to buy energy abroad. For instance, and starting now, governments should be offering financial support for deep renovation, particularly to all those vulnerable households already receiving compensation for high energy prices. All building owners should have access to government backed 0% loans for renovation, and the VAT on energy efficiency products like insulation should be cut.

At EU level, there is a need for a publicity campaign before winter to encourage the insulation of roofs and attics across all 27 countries. There should also be a reassessment of what additional EU, public and private funding sources can be used to support the roll-out of national and regional renovation programmes, technical assistance, local one-stop-shops, and training and certification for renovation.

Over the longer term, there is a need to increase the EU 2030 target for energy efficiency, and swift implementation of an annual 3% renovation obligation for public buildings. Renovation programmes should cover the full cost of deep renovation for low-income households, with revenues from the revised Emission Trading System used to support this. National programmes should drive building renovations to at least energy performance class C.

This means an upgrade of the EU Fit for 55 package, proposed last year to bring about a 55% cut in greenhouse gas emissions by 2030. In particular, and with the new energy price realities in mind, Europe should strengthen the Energy Performance of Buildings Directive (EPBD), which the European Commission proposed to review as part of Fit for 55.

The proposed review of the EPBD, now being debated in the European Parliament, introduces minimum energy performance standards to address the worst performing buildings, currently classed F or G.  If implemented, this would aff­ect over 40 million buildings around the EU. But the proposal only asks for a shallow renovation of these buildings, bringing them up to class E by 2033.

This would mean that renovated buildings would still not be efficient enough to switch from fossil fuels to low-carbon heating solutions like heat pumps. Class C is the level at which building owners can not only switch to cleaner energy but also see their bills decrease and thermal comfort improved.

According to the Guidehouse study, renovating to class E would reduce gas imports by less than a third of the reductions seen if buildings become class C. By upgrading the EPBD proposal so that all buildings have to reach at least class C, tens of millions more homes would become ready to switch away from oil and gas heating.

REPowerEU, as outlined on 8 March, contains ambitious measures to diversify energy supplies and bolster domestic production of renewables. But the Commission also needs to show how Europe’s energy efficiency policies will be upgraded to match this new reality.

While short-term compensation via tax reductions or regulated pricing can limit the social impact of high energy prices, it also risks setting the wrong incentives for energy users and producers, perpetuating a situation in which EU energy reliance on foreign suppliers continues to grow.

Governments around Europe rushing to help Europeans keep paying for energy should now work together to promote deep renovations. EU policy, including REPowerEU, should include clear data showing the enormous potential of energy e­fficient renovation to deliver both energy a­ffordability and energy security.

When it comes to energy independence, a lot of what we need can be found at home.