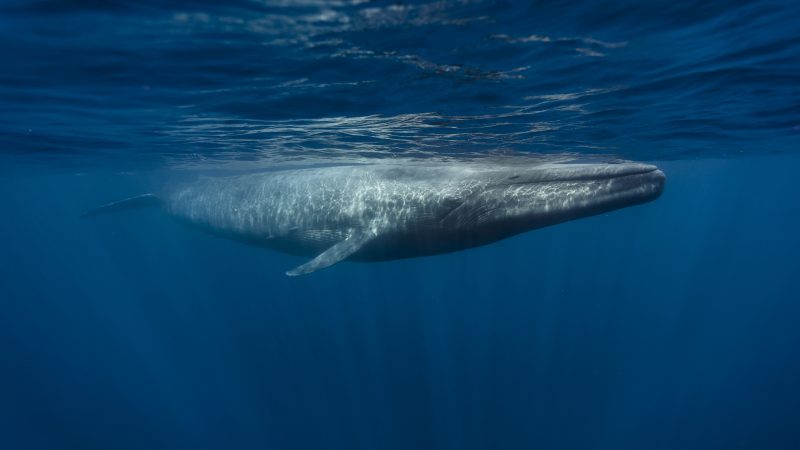 Shipping noise in the Pacific Ocean has doubled every decade for the past 40 years, a shocking 1,600% increase, writes Eleonora Panella. [Shutterstock]

Shipping, oil and gas exploration, military sonar, and underwater construction are all creating an enormous amount of noise that reduces the ability of whales, dolphins, and other marine wildlife to feed, breed, communicate and ultimately, survive, writes Eleonora Panella.

Eleonora Panella is a senior campaigner at IFAW’s EU Office.

Our seas and oceans are at risk. There is no longer any doubt that between climate crisis and plastic pollution, marine wildlife is facing unprecedented challenges.

However, another source of marine pollution barely goes noticed despite its destructive if not deadly consequences: underwater noise.

Shipping, oil and gas exploration, military sonar, and underwater construction are all creating an enormous amount of noise that can conceal the ocean’s natural sounds, reducing the ability of whales, dolphins, and other marine wildlife to feed, breed, communicate and ultimately, survive.

Research has found that in the Pacific Ocean, for example, shipping noise has doubled every decade for the past 40 years, that’s a shocking 1,600% increase! In the meantime, the ability of blue whales to interact and navigate has been radically impacted with the distance over which they communicate reduced by a staggering 90%.

In the European Union (EU), the situation is not much better. While the 2008 Marine Directive required member states to take action to reduce levels of underwater noise by 2020, the European Commission declared last year that governments would fail on their own binding commitments.

The main issue here is not the process to address the issue but the lack of political will. Solutions do exist, they are simply not implemented.

Considering that around 90% of the world’s cargo is transported by sea, the International Fund for Animal Welfare (IFAW) has been focusing on a shipping solution that could have an immediate and efficient impact on the issue.

We work with shipping companies, national governments and the International Maritime Organization (IMO) to push for progress, but a lot remains to be done.

We are strongly advocating for a reduction of ships’ speed, the most efficient and cost-effective solution, as it would not only reduce the underwater noise, but also greatly reduce the risk of ship strikes to whales while also reducing greenhouse gas emissions from the shipping industry.

In the absence of any international regulation on ocean noise, the EU could become a world leader in taking immediate and strong steps by legislating on the matter. The new European Parliament and the subsequent new Commission have an opportunity to be actors for a better future and ensure that all Member State governments follow suit in implementing the required measures.

In addition to reduced speeds, requiring the use of existing quieter technologies would also support the efforts to reduce ocean noise from shipping, as would ocean noise exclusion zones.

A last incentive would be for governments to understand that this does not require a long-term implementation before results can be expected: unlike other forms of marine pollution, when ocean noise stops, the pollution disappears. As soon as solutions are implemented, the results will be immediate.

The evidence exists, the solutions are at arms-reach, the only missing thing is the will to act. So let’s change that now.

One response to “Silence please! Marine mammals are dying”