By Markus Trilling and Raphael Hanoteaux 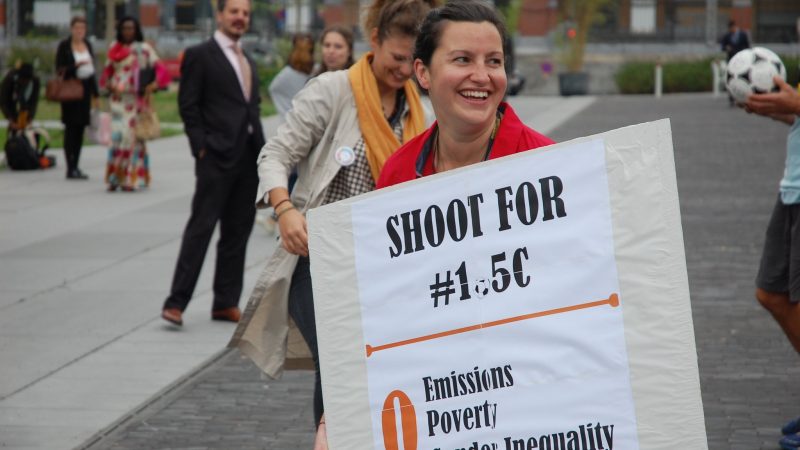 The divide between frugal net-payers and net-recipients to the EU budget has grown over the years, sidelining talks over the quality and impact of EU spending. [CAN Europe / Flickr]

Markus Trilling is a campaigner at Climate Action Network (CAN) Europe. Raphaël Hanoteaux is from CEE Bankwatch Network, an environmental organisation.

Breaking the deadlock in negotiations over the next EU budget requires European leaders to focus attention ahead of a General Affairs Council on the quality of Member States spending.

Money is the crux of the matter, as EU leaders are caught up in the size of the next EU budget for the years 2021-2027. Those countries that contribute more money to the EU budget than they receive – like Austria, Denmark, Germany, the Netherlands and Sweden – are threatening to withhold their contributions to the collective 1.28 trillion euros pot proposed by the European Commission last year.

Those Member States that receive more than they put in – primarily from central and eastern Europe – insist on their treaty rights to continued levels of financial support from the EU purse. At the same time, these net-payers demand more spending on climate action across the bloc, while most net-recipients argue for the opposite.

The divide between the frugal net-payers and the net-recipients has grown after a year of negotiations, sidelining talks over the quality and impact of EU funds spending. Instead of size being the sticking point though, the EU budget should be seen as the most suitable financial instrument to translate Europe’s climate commitments into real world action.

The science is clear. EU economies need to become climate neutral much faster in order to keep temperature increases below 1.5°C, and latest by 2050 as proposed by the European Commission. This dramatic shift requires unprecedented financial support that the EU budget can deliver.

Bold investments in energy savings, renewable energy, new forms of sustainable mobility and urban living, and the exclusion of fossil fuels from all EU funds will bring the infrastructure needed to slow global warming.

It is essential that Member States agree on an EU budget fit for swift decarbonisation, particularly as they must finalise this year national energy and climate plans for 2021-2030 which should indicate the investment needs for the clean energy transition.

Last year the Commission proposed an EU budget with higher climate ambition, through increased spending for climate action and the exclusion of fossil fuels from the future Cohesion Policy. The European Parliament embraced this vision when it took its stance on the European Regional Development Fund, acknowledging the need to increase financial support to help the EU’s lesser developed regions leap from polluting to clean energy infrastructure. EU governments can learn a lesson here. The size of the EU budget is a legitimate question, but it is better to define the means once the objectives are clear.

Neither “cutting” nor “do whatever you want” with EU funds is part of the solution.

It is in the interest of net-payers to avoid transition gaps among EU’s regions and to make sure all Member States receive sufficient financial means to turn the page on the fossil fuels era. Net-recipients must understand the need to spend the money wisely in order to bridge the huge investment gap they face when talking about the energy transition, and to support regions and communities impacted by the decarbonisation of our economy.

The next EU budget will generate investments in infrastructure projects that will determine Europe’s economic landscape until the middle of the century, and climate neutrality will need to be achieved by then. The clock is ticking.

One response to “Size doesn’t matter. Quality should be central to EU budget”