Beyond the science, some level of ethical and moral decision-making needs to occur to help inform policy on what should be done about climate change, writes Darrick Evensen. [FridaysForFuture Deutschland / Flickr]

Darrick Evensen is lecturer in environmental politics at the University of Edinburgh. This op-ed is a summary of a comment Evensen recently contributed to the scientific journal Nature Climate Change.

The students protesting for heightened action on climate change have the right fervour and sense of urgency – they have mobilised more grassroots action than ever before to decry indecision on an environmental issue.  All this in well under a year since the climate strikes began in Stockholm, with one voice and a hand-written poster.

The students striking are heroes, but their message is underdeveloped. I explain why, and what can be done about it.

Reading the headlines in EURACTIV and other media over the last few months, one will be aware that millions of students have mobilised all over the world to demand swifter and more meaningful action on climate change from our political leaders.

Whilst she is modest about her own role, the world has come to identify Swedish student Greta Thunberg as the leader and dominant voice in the movement. Thunberg has been praised for her candour and perseverance by countless politicians, activists, and members of the public. She is, nevertheless not without detractors – climate deniers, sceptics, and those with personal agendas to push – who hurl their ad hominem diatribes against her.

In Thunberg’s publicised remarks, which can be taken as foundation and guide for the climate strike movement, one refrain rises above all others – listen to the scientists about climate change.

Whilst I have great respect for Thunberg and her compatriots in the social movement, this message is problematic for several reasons.

Above all, science describes what is; it cannot directly indicate what should be. Science at most is a point of departure for the normative thought necessary to make decisions about climate policy. The science has been clear for some time that horrible things will happen due to climate change and that the effects of climate change pose huge risks to infrastructure, livelihoods, economies, and lives across the world (with the scientific predictions increasing in severity over time). Nevertheless, being more aware does not solve the problem of action. In contrast to Thunberg’s remarks about the need for more education, this is not a problem of knowledge, but one of values.

The dialectic between the ‘global north’ and ‘global south’ has been readily observable since at least the first major international environmental negotiation – the Conference on the Human Environment in Stockholm (1972).

Listening to the science may affirm that something needs to be done on climate change mitigation, but it is far from clear that it makes leaders think they need to do more themselves (save those leaders who already thought this anyway). Listening to the science might just confirm that other actors are being irresponsible and not carrying their own weight in mitigation of climate-causing emissions.

Beyond the science, some level of ethical and moral decision-making needs to occur to help inform policy on what should be done. The science does contribute to such decisions; one would be hard-pressed to envision what should be without any understanding of what is. Nevertheless, science is only the point of departure (I discuss this point further in a May 2019 article in Nature Climate Change).

The students protesting do occasionally make moral and ethical arguments, for example, about justice owed to future generations, and the injustice of a system that makes the rich richer whilst foisting gross externalities on those with the least resilience. These are worthwhile points that could (and should) be developed further. A wealth of scholarship has been produced in the area of ‘climate justice’ over the last couple decades; making use of some of this logic, reasoning, and argumentation could do much to augment the validity of the students’ claims.

Listening to the science is a first step, and honestly, one that most leaders have already taken (save those ‘populist’ leaders who have no interest in even a modicum of fact, reason, or logical argumentation). The message to listen to the science does seem to have energised people, but I would wager that they are people who already cared about the science, or are people like the children’s parents who have a particular emotional investment in their children.

Good ethical and moral arguments are no panacea (we all know some world leaders care very little about ethical behaviour of any sort), but such arguments may at least take the conversation in a new direction and require different responses from political leaders and the public. A worthy example is Pope Francis’s encyclical, Laudato Si’: On Care for Our Common Home.

Pope Francis professes that Christian theology (and perhaps moral philosophy far more generally) gives us strict guidance on how we must treat the poor, downtrodden, and disenfranchised. I note that the next major student climate strike is planned for 24 May, the fourth anniversary of the publication of Laudato Si’. Whilst taking on a theological message would likely not be appropriate for the climate strikes, developing their moral arguments further and placing them front and centre could reach new audiences and more rigorously substantiate their claims and demands.

The students striking for the climate have captured the hearts and consciousness of millions across the globe and they currently have the ear of important and powerful political leaders. I implore that they focus less on urging us to listen to science, and rather that they help us to understand the normative reasons for how and why we need to act. 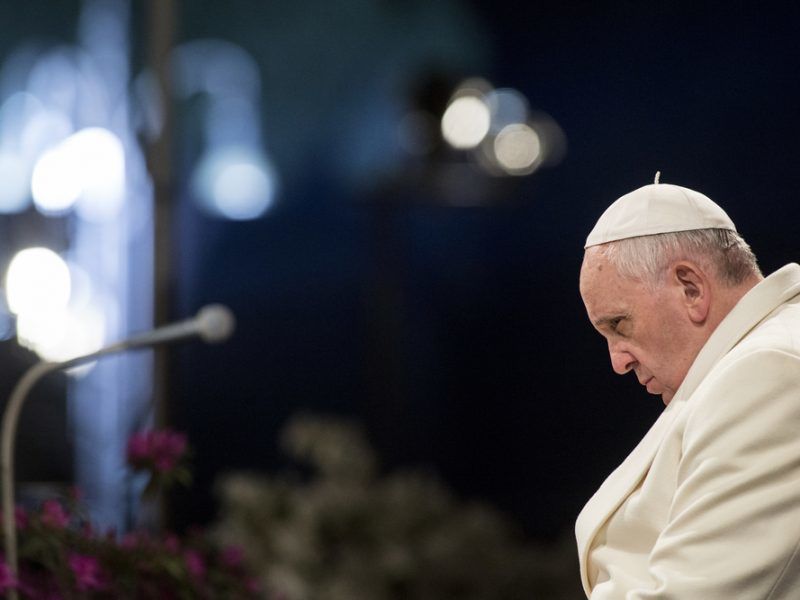