The Brief – Parliament shows some teeth on EU taxonomy 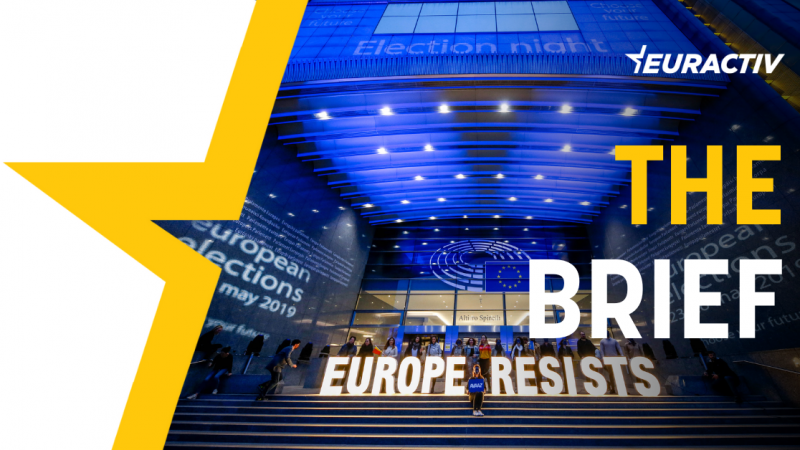 The row over the European Union’s sustainable finance rules, often simplified as “the EU taxonomy”, has been, to put it bluntly, a hot mess. Yet, it may produce an unexpected boon as the European Parliament gets to show some teeth in the process.

Today, EU lawmakers voted against the inclusion of nuclear power and fossil gas via delegated act in a joint vote across the environmental and economic committees, a solid indication of the way the final vote might go in the plenary in July.

While the EU taxonomy row has highlighted some of the most flawed aspects of the bloc, like technocratic bodies sneaking a controversial amendment into inboxes at 23:50 on New Year’s Eve, the European Parliament could come out the stronger for it.

EU laws, as we know, come in many shapes and sizes, with the Commission developing a preference for delegated and implementing acts in recent years, where it asks to be empowered so it can single-handedly amend parts of laws that are deemed technical in nature.

One such instance of empowerment was the debate over whether nuclear and gas should be considered sustainable in the EU’s sustainable finance taxonomy at all.

But as years of lobbying by Paris to include nuclear and by Berlin, alongside Eastern Europe, to include gas came to fruition, the outcome was anything but technical.

Paris is desperate to secure “sustainable finance” for its ailing nuclear fleet, while Berlin continues to lean heavily on fossil gas to complete its floundering Energiewende.

“Very good: Clear commitment of the German government to gas in the taxonomy and call on the Commission to improve the framework conditions for investments in new [gas] power plants,” said Lukas Köhler, the vice-head of FDP, one of the three ruling parties in the German coalition government, in January, used exemplarily for the government’s stance.

Faced with such immense pressure from Berlin, Paris, and Eastern Europe, the Commission had little choice. It buckled and shamefully sneaked the rules on nuclear and gas into inboxes while people were partying.

It knew only too well that these processes, once in motion, are hard to stop.

To topple a delegated act such as the taxonomy requires a reverse majority of 20 EU states in the Council, something deemed near impossible on anything but the most controversial issues. It was designed that way, after all.

But the European Commission, accused of playing its hand well by some lawmakers I’ve talked to, is now facing the ultimate gatekeeper of delegated acts: the European Parliament. It can topple after-the-fact changes via delegated acts with a simple 353 vote majority, which probably keeps Commission officials up at night.

Today’s vote sends a strong message to the Commission that it may no longer be left to do as it pleases in crafting delegated acts and the like without Parliament’s input, lest the MEPs topple something that EU states could not.

In July, the empowerment of Parliament could become complete as the issue of the taxonomy will be put to the vote in the plenary.

Should parliament succeed in killing it in the plenary, the EU executive will have no choice but to take the EU’s only democratically elected body more seriously.

Either way, MEPs have already said they would plan to sue the European Commission for overstepping, no matter the outcome.

Austria and Luxembourg have also announced their intention to sue. If the European Parliament, the first line of attack (or defence, depending on how you see it), fails, the Court of Justice may pick up MEPs’ slack in the end.

The European Commission purchased around 110,000 doses of third-generation smallpox vaccines that are effective against monkeypox, the first deliveries of which are expected at the end of June.

A cross-party coalition in the European Parliament has attempted to block nuclear energy and fossil gas from being included as “transitional” sources of energy in the EU’s list of green investments.

Public blood management could be a way to address blood shortages, a health expert says, as only a third of world patients receive enough transfusions.

Estonia’s ex-president admits her personal failure to help advance women and underage peoples’ health in an interview with EURACTIV Slovakia.

Meanwhile, amidst an unprecedented energy crisis, governments worldwide are recognising the benefits of marginalised energy efficiency policies while EU countries’ resolve will be tested at the end of June.

In other news, the biofuels industry has called on policymakers to view ethanol and biodiesel as a green means to reduce Europe’s dependence on imported oil from Russia – an assertion swiftly rejected by some NGOs.

Last but not least, check out our Transport Brief for a roundup of transport-related news.