The Brief – Who will stand for the European Green Deal? 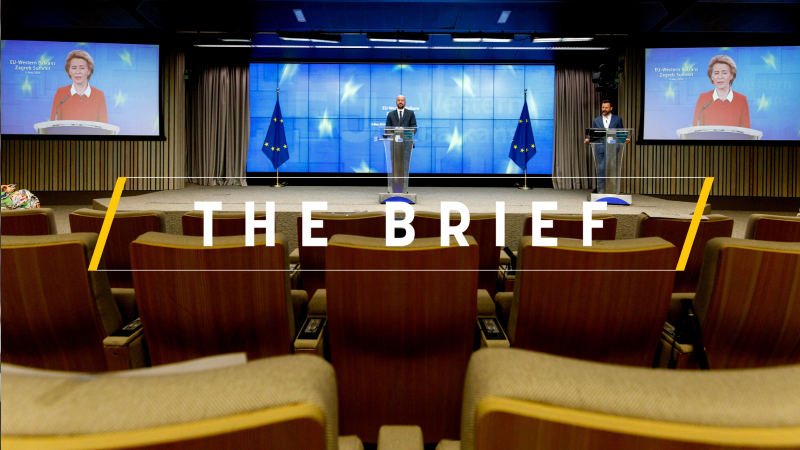 When the new European Commission took office in November, its much-vaunted Green Deal was the centre of worldwide attention. This week, EU leaders are meeting to decide how much of it can still be saved.

The Green Deal is the EU’s “new growth strategy,” Commission President Ursula von der Leyen told the European Parliament in her maiden speech, as she put the EU on an ambitious quest to become “the first climate neutral continent in the world by 2050”.

Seven months later, how much of that promise still holds? With the health crisis, priorities have changed dramatically and the Commission had to adjust its working programme, delaying some green policy initiatives until next year.

Of course, emergency decisions had to be made. In a health and economic crisis, saving lives and protecting livelihoods becomes the top priority.

But one also needs to acknowledge the harm inflicted by the crisis to the EU’s green agenda. And to measure the extent of the damage, money is a telling indicator.

By the beginning of May, national governments had poured €1.9 trillion to support ailing businesses and prevent a spate of bankruptcies with potential devastating effects on people and the economy.

Faced with a crisis of this magnitude, the European Commission stood out of the way and approved all those national support schemes, without imposing any green conditions. When it revised its emergency state aid regime on 8 May, Brussels again took a hands-off approach and refrained from imposing green conditions to corporate bailouts.

It was a state-aid frenzy. To put things in perspective, €1.9 trillion is almost twice the amount (€1 trillion) that the Commission had initially envisaged to finance the European Green Deal over the next ten years.

In fact, total emergency aid probably came close to €4 trillion when adding financing by the European Central Bank and other measures, according to a calculation by Greenpeace based on publicly available EU documents.

True, 25% of the Commission’s €750 billion recovery fund – €187.5 billion – should be set aside for objectives that are aligned with the green and digital transitions. And a further €250 billion in green funding, roughly, should also come from the EU’s upcoming seven-year budget.

But although welcome, those sums pale in comparison with the vast amounts of aid that have already been disbursed without any environmental considerations. Moreover, the Commission offered member states plenty of “flexibility” on spending in order to increase its chances of securing the required unanimity for its proposed recovery fund.

Again, much of this makes sense. But one also has to admit that the Commission’s flagship policy has been considerably weakened in the process.

Ursula von der Leyen has promised that the Green Deal would be the “motor for our recovery.” EU leaders now have to decide what kind of fuel they want to put into the tank. At the moment, unfortunately, it looks more like an old-polluting diesel.

The European Parliament will only give its consent to a new EU long-term budget if the basket of own resources is increased to pay for the recovery fund, the main political groups warned in a letter addressed to EU leaders ahead of Friday’s summit.

Chancellor Angela Merkel presented her plans for the Presidency of the EU Council, which Germany will hold for six months beginning on 1 July. Once again, Berlin is facing a crisis and must find a balance between decisiveness and tact.

The European Court of Justice (ECJ) said that the restrictions imposed on the financing of civil organisations by foreigners in Hungary were “discriminatory and unjustified” and went against EU law.

While the EU is still struggling to find a common position on China, Beijing hopes to boost ‘strategic trust’ when its leaders hold a video summit with the presidents of the European Council and Commission next week. Check out the latest foreign affairs newsletter here.

The International Energy Agency (IEA) has presented its COVID-19 economic programme to facilitate the transition to an environmentally friendly energy economy. In doing so, it has distanced itself unusually clearly from the fossil market and is focusing entirely on renewables.

Here’s a peak of the Commission’s draft hydrogen strategy, due to be published in the coming weeks. The UK government has leapt on the hydrogen railwagon, pumping nearly half a billion euros into train development.

2 responses to “The Brief – Who will stand for the European Green Deal?”