By The Council of Palm Oil Producing Countries (CPOPC) 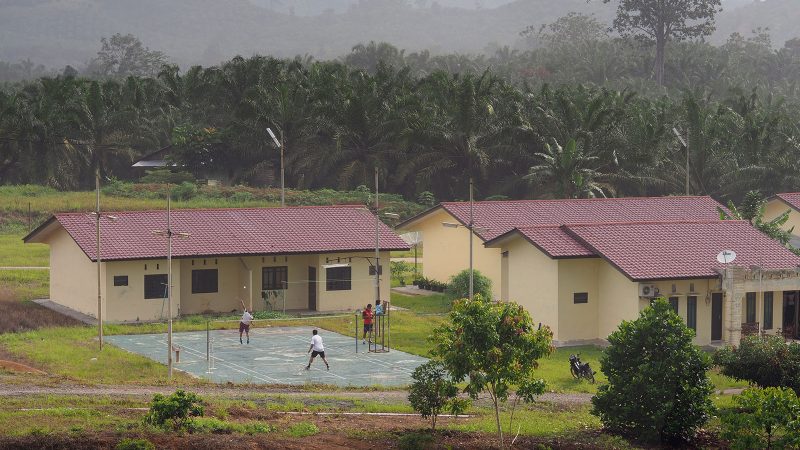 The decision to target palm oil was based on uncertain science and outdated knowledge which was used in counterintuitive policymaking.

Despite continuous criticism from the palm oil industry, the EU appears to be indifferent when it comes to the politics of trade, affirming its protectionist and discriminatory policy.

The RED II Delegated Act on the determination of high Indirect Land-Use Change (ILUC)-risk feedstock drew on the results of consultation exercises undertaken by the Commission with “experts and stakeholders” in 2018 and 2019 dominated by European groups who were perceived as advocates for the fossil fuel industry.

The CPOPC has from the very beginning held the view that the ILUC approach being used by the EU to categorize feedstocks into high ILUC-risk and low ILUC-risk is flawed. The ILUC scheme is not consistent with the actual business model and operational practice of palm oil companies; the criteria are not implementable and potential impacts on smallholders is not yet assessed.

Furthermore, ILUC is uncertain because it is dependent on several assumptions that cannot be empirically tested and demonstrated. For example, there is no direct link when estimating GHG emissions with ILUC because it is difficult to verify the GHG emissions and to identify whether they are part of a biofuel life cycle or a product made from the displaced crop.

The EU has declared its ambition to reduce the environmental impacts of EU citizens’ choices. However, palm oil is the most heavily certified of all commodities imported into the EU. With respect to its use as bioenergy for the EU, palm oil has to meet additional criteria in RED II and the Delegated Act, where other vegetable oils do not. In fact, the Delegated Act adds additional criteria discriminating against palm oil and ruins a decade of progress instead of rewarding the sector’s sustainability efforts.

The application of ILUC to single out palm oil in the Delegated Act of RED ll is therefore seen as a thinly disguised form of neocolonialist protectionism and punitive discrimination.

Worse, the EU has not been able to produce European feedstock without massive use of fertilizers and pesticides: how can the EU focus on the non-accountable ILUC factor and be blind to such important and measurable sustainability factors in the environmental impacts of EU feedstock?

By looking only at past deforestation which does not in fact measure ILUC effects, the EU ignores the fact that palm oil requires 6 to 10 times less land than all other oilseed crops which clearly require more agricultural land and lead to high indirect land use change. The world cannot afford to wait 10 years for the EU to look back at the impact of its RED II Delegated Act and realize that its wrong decision led to even more global deforestation!

There is science to support this concern. The ILUC values calculated by the California Environmental Protection Agency Air Resources Board (CARB) are four to five times lower than those found by the GLOBIOM study. The findings of the European Oilseed Association (EOA) is fact-based when it estimated that: ‘As a result, the use of biodiesel as a replacement to fossil fuels in transport will save 952 million tonnes of CO2 emissions by 2050 (ILUC Directive figures), or 1013 million tonnes of CO2 emissions (CARB calculations).’

These are science-based reports, not theoretical assumptions, which have inspired traditional fossil fuel companies to invest into renewable diesel.

In consideration of these independent reports, it is clear that the EU wants to continue a business-as-usual policy in preferring fossil fuels for energy with its botched attempt to demonize biofuels by using palm oil as a scapegoat. This attempt by the EU can be seen as a capitalization of the union of the lobbying by non-profit groups which have demonstrated no consideration and interest for the United Nations Sustainable Development Goals (UN SDGs) nor offered any practical solutions for the decarbonization of energy.

In its recent publication, the Euro-Mediterranean Center on Climate Change (CMCC) in contrast has expressed the importance of fairly supporting the sustainable development of the palm oil sector, as this sector is vital for meeting the UN SDGs and already plays a crucial role in supporting the economy and livelihood of local communities.

The protection of smallholders in the palm oil industry against false representation by self-professed not-for-profit groups is one of the reasons for the CPOPC to file its objection. There are more than four million smallholders in Indonesia and Malaysia as well as other palm oil producing countries who will attest to the free-market system where their harvests have led to remarkably improved livelihoods. It is crucial for premium markets like the EU’s biofuel sector to support these smallholders and for the EU policy on palm oil to acknowledge information that is factual and updated.

In a wider partnership context, the EU’s successful elevation to becoming a Strategic Partner of ASEAN provides the platform for the EU to consult with palm oil producing countries in ASEAN and work towards a win-win solution. Until then, it is counterintuitive and counterproductive for EU leaders to claim commitments to a geopolitical strategy while banning and restricting an important source of export revenue from key trading partners.

A successful partnership will only be possible once the EU drops its biased ILUC approach in favour of equal standards for all vegetable oils.

The EU must listen to and act on the feedback and suggestions from all of its trading partners, and that is the core of having a public consultation on RED II. The CPOPC maintains the strong belief that the consultation is not meant to be a false basis for continuing its unfair policy and regulation on sustainable palm oil.

In a post-COVID world where economic recovery will be the overriding need for all nations, the EU must not choose trade barriers over international cooperation and open trade.