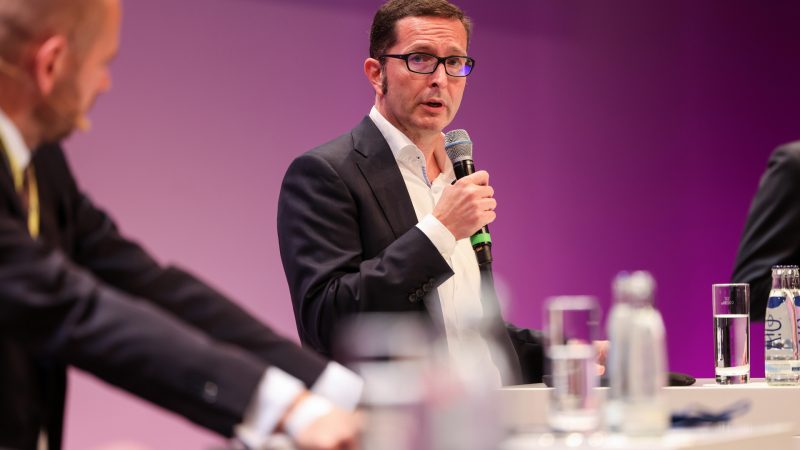 We must achieve Europe’s climate goals. There are no ifs, ands, or buts about it. We have made a great stride forward with the so-called coal-to-gas switch, the change from coal to natural gas in power generation. But the numbers also show that we still need natural gas to spark the next stage of the energy transition.

The figures from the think tank Agora Energiewende for 2020 read well and are proof of environmental success: 18% less lignite-fired electricity generation in Europe – the sharpest decline in more than 20 years. Total emissions have fallen by 320 million tonnes per year since 2015. But climate change only allows us a brief moment of satisfaction.

We still see a substantial need for modernisation in parts of Eastern Europe as well as the challenge of offering new career prospects to a large number of people working in an energy industry that continues to be heavily dominated by coal. This challenge is likely to seriously test European cohesion in the years ahead.

Plus, Germany only ranks in the middle of the field in terms of its share of renewable energies. German politicians have admittedly agreed on a coal phase-out to be completed by 2038.

But Agora Energiewende pinpoints the country’s lignite as a problem, noting that it is even more emission-intensive than hard coal and that its market share is decreasing at a slower rate than that of hard coal. In fact, it even went up significantly in the first half of 2021.

What’s more, due to the surcharge mandated by Germany’s Renewable Energy Sources Act (EEG), the country has some of the highest electricity prices in the world. Shortly before a direction-setting election in Germany, it is therefore worthwhile to reflect on what the economy, politics and society must do to complete the energy transition.

True to the German saying that “it is best to always sweep in front of one’s own door”, let’s start with ourselves.

What we are doing

Like us at Wintershall Dea, the entire exploration and production (E&P) industry has a long history behind it. Every era faces its own challenges. And in almost all fields, the only constant has been change.

In our company, change has always been part of our DNA. We have embraced our responsibility to reduce our emissions while meeting a steadily growing demand for energy.

To this end, we set ourselves ambitious climate targets at the end of 2020 to become climate-neutral in the production of gas and oil by 2030. We would like to actively contribute to decarbonising the energy system and to thereby achieve the global climate targets. We are part of the solution.

Our main product is natural gas. Electricity from low-carbon gas is increasingly becoming a complement to renewables because they do not supply the same amount of electricity at all times of the day and year. It has only been possible to compensate for just under 50 per cent of the aforementioned decrease in the use of coal by expanding renewables.

Natural gas is cleaner than coal, more reliable than renewables while providing affordable energy to business and private consumers. But that won’t keep us from continuing to work harder. Instead, we are constantly reducing additional emissions throughout our value chain and investing in hydrogen projects and the underground storage of CO2.

What politicians can do

Germany is the largest economy in the EU. The results of the upcoming election will have a major impact on policies across Europe – and that is why the new German government should not flag in its efforts to vigorously advance the expansion of renewable energies so as to reduce emissions.

We view ourselves as a partner of this net zero vision by making gas available where renewable energies cannot yet fully supply due to the cold, dark periods. We are investing in our own hydrogen projects – for example with the German VNG to produce turquoise hydrogen.

And additionally with our technological infrastructure in those industries where emissions cannot be avoided.

For example, carbon capture and storage (CCS) technology already enables us to safely sequester and store significant amounts of CO2. As early as 2025, we will be able to store up to a quarter of Denmark’s total CO2 emissions at our Greensand project off the country’s shore.

CCS is greatly benefiting in Denmark from political tailwinds. The Danish parliament views the technology as an indispensable method for reaching national emission-reduction goals.

And the potential of this technology has also been recognised in the Netherlands and the United Kingdom. Last but not least, the International Energy Agency (IEA) is also convinced that the energy transition can only succeed with CCS.

So, let us finally create the framework conditions throughout Europe for effective emission reduction as well as technology-neutral energy policies – with CCS and hydrogen for the future and a combination of renewables and natural gas.