Staci McLennan is the EU Office Director of the International Fund for Animal Welfare.

The European Union has long been a global advocate for sustainable fisheries, but when it comes to species its own fleets catch in large numbers, its actions have not matched its advocacy. The EU has an opportunity to rectify this by joining global efforts to help save help save mako sharks, the fastest sharks in the ocean.

Targeted for their meat and fins, mako shark stocks have declined from historic levels by 96% in the Mediterranean, 60% in the Atlantic Ocean and 69% in the Pacific Ocean. As the largest catcher of mako sharks in the Atlantic and one of, if not the largest catcher globally, the burden to ensure proper global management of these iconic species falls squarely on the EU and its Member States; otherwise we risk fishing them to extinction.

Governments have known mako sharks need better management for over a decade. In 2008, over one hundred nations party to the Convention on the Conservation of Migratory Species of Wild Animals (CMS), including the EU and its member states, agreed that they would prioritise international coordination to better manage this species worldwide — and yet, no effective management measure has been put in place for mako sharks anywhere.

The EU is a member of all relevant regional fisheries management organisations (RFMOs) that should be managing mako sharks, but no measures have been adopted in any major mako fishery in the Atlantic, Indian and Pacific oceans, despite scientific advice constantly warning that the species are suffering from severe overfishing, including again at last month’s meeting of the International Commission for the Conservation of Atlantic Tunas (ICCAT). 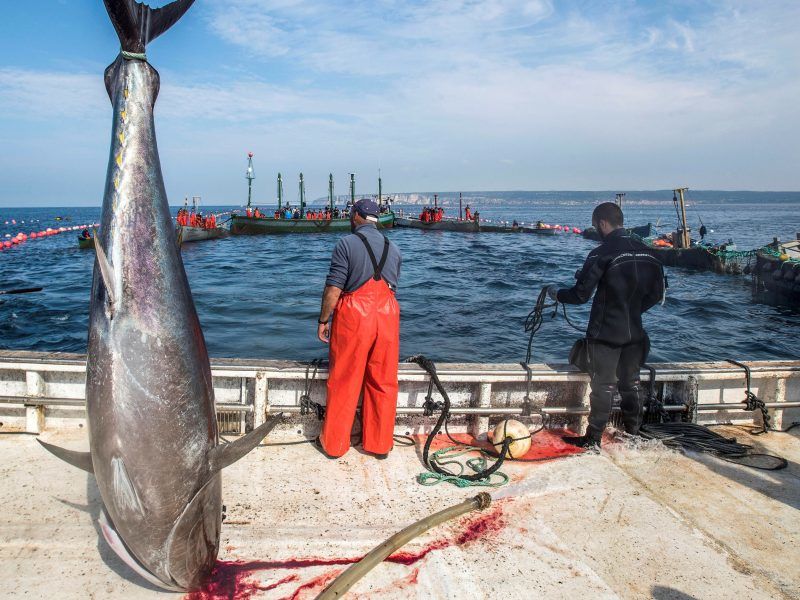 RFMOs have been, and continue to be, ineffective at managing levels of shark catches. RFMOs have historically allowed sharks populations to plummet significantly to levels where the only management option left was a full prohibition of catch.

As a result, and to avoid history repeating itself, the EU has turned to the Convention on the International Trade in Endangered Species of Fauna and Flora (CITES) to prevent a full population collapse of species and allow for continued sustainable catch and trade of sharks.

The use of CITES to manage sharks and rays was a charge largely led by the EU. By proposing the oceanic whitetip shark in 2013 for a CITES Appendix II listing (which restricts trade to sustainable levels), the EU made history by leading the listing of the first commercially traded shark species ever. The EU then confirmed its belief that CITES is an effective way to instigate global management of shark and ray species by supporting the listing of several ray and shark species in 2016 and providing extensive funding for the global implementation of these listings.

Now, the EU once again has an opportunity to be a champion for shark conservation and sensible fisheries management at the next CITES Conference of Parties in 2019. Mexico has announced its intention to propose a listing of the shortfin mako shark on Appendix II of CITES, and is actively seeking co-proponents. The EU can become a co-sponsor but the window is short – submissions must be made before 24 December.

The EU must seize this opportunity. To hesitate would undermine the EU’s previous actions at CITES and risk charges of hypocrisy. There is just as much evidence of decline of mako sharks, if not more so than for some of the shark species the EU championed for listing in 2016.

Sustainable shark fisheries and the reduction of illegal, unreported and unregulated fishing (IUU) is at the core of the EU’s policy to protect oceans, and Commissioner Vella, in charge of Environment, Maritime Affairs and Fisheries, has been a vocal advocate for better regulation on this issue.

To not support the mako shark proposal would therefore indicate that the EU is happy to tell other countries to regulate species they catch in high numbers but hesitant to apply those same rules to themselves and their own fisheries.

By co-sponsoring and supporting the CITES proposal, the EU will show it believes properly managed fisheries are important, no matter who is catching.