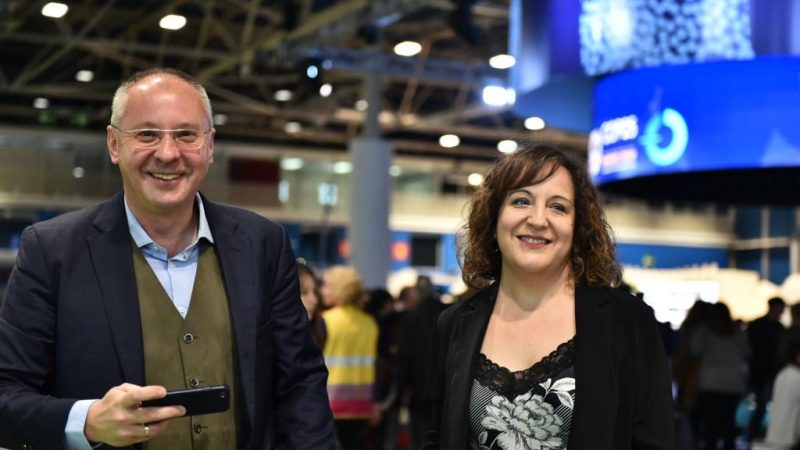 "The European Budget will play a central role - Member States must contribute at least 1.3% of their GNI to it, as the European Parliament has called for." [S&D]

When the European Parliament declared a climate emergency, it was not an empty gesture or a branding exercise. It was a real recognition that time is running out and Europe must act, write Iratxe Garcia and Sergei Stanishev.

Biodiversity is under threat, greenhouse gases are accumulating in the atmosphere, and climate change is having a deep social impact, particularly for the poorest. These are no longer the serious, but distant-future predictions of scientists. They are threats to our way of life, today, in Europe and across the globe.

Frans Timmermans’ European Green Deal has the potential to move us away from this emergency. It will transform Europe profoundly, serving as a model for others around the world.

It is a model which, uniquely, combines the protection of our planet with the interests of our citizens. There is a clear roadmap to achieve carbon neutrality by 2050, with measures linked to carbon pricing, to the circular economy, to clean transport, to biodiversity, to zero pollution, and all the other aspects of the fight against climate change.

But the European Green Deal also establishes that we cannot ignore the social impact. The reconciliation of these two dimensions – the ecological and the social, the sustainable and the fair – is at the very heart of what the European socialists and democrats are demanding.

This is why we welcome the Commission’s commitment to building a fairer and more inclusive society and the pledge that the European Pillar of Social Rights will guide action to ensure that no one is left behind.

The European Green Deal is full of potential to lift everyone up. A ‘Just Transition’ is at its very centre. It will support workers and industry and address housing, energy poverty, mobility and so many other concerns that European citizens have.

A renovation drive for private housing and public buildings will create jobs, reduce energy bills, and boost the sustainability of our communities. And the integration of the UN SDGs in the European Semester will put economic, social, and environmental targets on an equal footing.

But achieving this potential will take commitment and responsibility from all involved. All democratic parties in the Parliament must act in the best interest of the citizens and the planet.

The Commission must maintain the balance at the heart of the Deal, ensuring that well-being and social progress are achieved as we become a more sustainable community. And member states must share the same high levels of ambition as those contained in the European Green Deal.

But one fundamental question remains financing. The European Commission estimates that €260 billion of additional annual investment are needed to achieve our green targets. If we want the Green Deal to be more than a promise, if we want to avert the climate catastrophe, we need the necessary resources.

The European Budget will play a central role – Member States must contribute at least 1.3% of their GNI to it, as the European Parliament has called for. But this will need to be complemented with additional own resources, as well as more investment at the national level.

We will need to review taxation so that it also contributes to achieving our carbon objectives. And Europe’s outdated fiscal rules must be reformed to enable sustainable investment and quality job creation.

This is why we have been calling for a revision of the Stability and Growth Pact, and for the introduction of a green-golden rule which exempts green, sustainable investments from European fiscal rules.

With these changes, the European Green Deal can be unleashed as an opportunity to enable sustainable investment and quality jobs.

The Deal can be a basis to export strong environmental and social standards through Trade Agreements and the development agenda. To lead by example, the European Union should also have a strong voice around the world.

With the right support and political will, the European Green Deal can be a turning point in the history of the EU. It can create the momentum for ambitious environmental and social change at the European level, and beyond.

Yes, we will fight climate change. And yes, we will do it in a way that is fair and leaves no one behind.  Millions of people are demanding change. We, socialists and democrats, are ready to embrace and lead the change that the European Green Deal offers.