The European Green Deal is here to stay 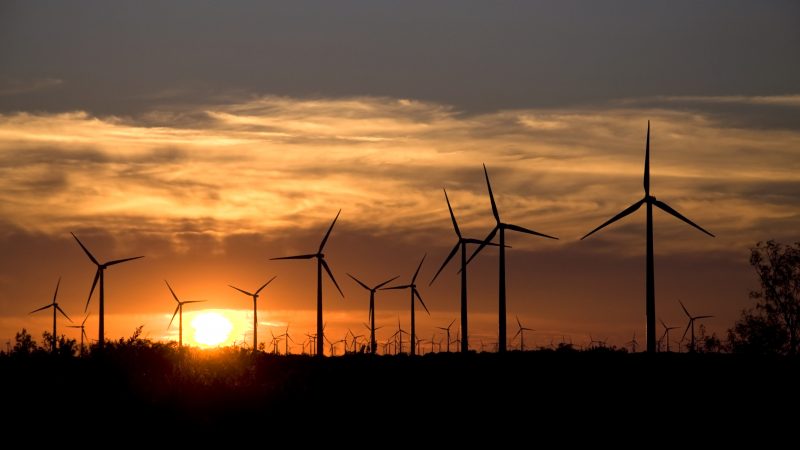 This year’s European Sustainable Energy Week, with its theme “Clean Energy for Green Recovery and Growth”, comes at a critical moment. The COVID-19 pandemic has forced every sector to pause and revaluate its priorities. Besides the impact on public health and the fallout for the European economy, this crisis has led to a debate in Brussels on a critical question: should the European Green Deal continue to be a top priority as opposed to a singular focus on economic recovery?

The answer is unequivocally yes. The European Commission responded to this debate by reasserting its commitment to the European Green Deal and incorporating it into its recent Recovery Plan. The Commission also maintained most initial timelines for Green Deal initiatives in its updated 2020 Work Programme. The European Green Deal is here to stay. It is a driver of the economic recovery and offers a strategic roadmap to ensure Europe emerges from the turmoil well on track to meet its climate goals with a strong, decarbonised, and digital economy. Additionally, recent European economic data shows climate mitigation can be decoupled from economic growth.

A cornerstone in the European Green Deal is the transition to clean energy: producing energy from renewable sources at globally competitive prices and increasing the efficient use of this energy, especially in transport where electric vehicles (EVs) can play a major role. This calls for a rapid deployment of these new technologies—including digitalisation—through a joint effort between regulators and industry.

These critical times present a historic opportunity to improve Europe’s strategic autonomy in raw materials needed for the clean energy transition. This can help the European economy be more resilient against future crises through reducing overdependence on key materials from other regions.  Therefore, we believe EU policies affecting the business environment of raw material companies (e.g., environmental protection, health and safety and international trade) should be coherently aligned with the main objective of decarbonisation, of working with clean and safe raw materials.

Europe needs copper to reach its ambition of a climate-neutral, sustainable economy. In a recent report, the International Energy Agency (IEA) shows a significant amount of copper in use in many key renewable energy technologies: offshore windmills need up to 7,000 kg of copper per MW installed, while onshore wind requires around 4,000 kg and photovoltaic panels use around 2,500 kg per MW of capacity.  EVs use three to four times as much copper as conventional vehicles, and their charging stations need anywhere between 2.1 and 5.4 kg of copper each.

Copper is an essential component of the energy technologies of the future.  The European Commission’s Joint Research Centre (JRC) published a report forecasting higher demand in the EU for materials like copper, among others, due to increased installation of renewable energy technologies.

The copper industry is ready to meet this increased demand and help enable the clean energy transition. Recent surveys show global copper reserves are estimated at 830 million tonnes (US Geological Survey [USGS], 2019), and annual copper demand is 28 million tonnes. USGS data shows since 1950 there has always been, on average, 40 years of copper reserves available and over 200 years of resources – which include reserves, discovered and potentially profitable deposits and undiscovered deposits predicted based on preliminary geological surveys. In addition to the mining of copper reserves, around 35 percent of global demand is met with recycled copper, a figure that rises to around 50 percent in the EU, significantly reducing the need for primary extraction. Recycling copper also enables the re-use of other key metals such as cobalt, tellurium and silver that are often “carried” with copper in its multiple applications.

Knowing that more materials like copper will be needed is one piece of the story, but the industry supplying them must also do its part to build a decarbonised and sustainable economy. The copper industry is implementing solutions to sustainably meet this higher demand.

Industry-wide initiatives are ongoing, such as the Copper Mark, an efficient system to independently verify responsible production of copper—a system that is recognised as credible by key stakeholders. A great deal of the work is also being done by individual companies.

Using a highly efficient CHP process, Polish copper producer KGHM generates about 600 GWh of electricity each year for its own needs, and at the same time supplies nearly 800 TJ of heat to the homes of 135,000 people in Lower Silesia. In April, the company launched its first investment in photovoltaics, a step toward building one of the largest industrial photovoltaic portfolios in Poland. By 2030 the company plans to cover about half of its electricity demand from own sources, mostly renewables.

In Germany, Aurubis constructed a power-to-steam plant at its own headquarters, transforming the excess power supply into steam that is then used in its own production processes. This cuts up to 4,000 tonnes of CO2 annually by replacing steam that would have otherwise been produced with fossil fuels.

Batteries become ever more important with a transportation system based on a growing share of EVs. In Sweden, Boliden Bergsöe recycles four million used lead-acid car batteries from the Nordic region every year, selling most of it back to the European battery industry.

Progress like this needs to continue during the recovery and beyond.

The European Green Deal’s implementation is an essential driver of the Recovery Plan. Regulators and industry must place the Green Deal and its initiatives at the centre of a sound economic recovery, propelled by an accelerated transition to a climate-neutral economy. Today’s decisions will impact the very fabric of the EU economy in the years to come. Europe must seize the opportunity presented by the Green Deal to build a recovery with sustainability at its heart.