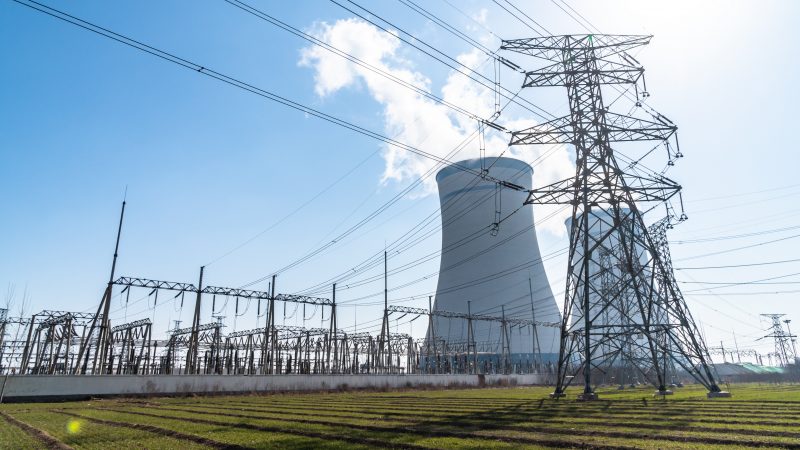 Russia's invasion of Ukraine has already prompted changes in European energy policy. That needs to be reflected in a revised Green deal, writes Alena Mastantuono. [THINK A / Shutterstock]

Russia’s invasion of Ukraine has already prompted changes in European energy policy. That needs to be reflected in a revised Green deal, writes Alena Mastantuono.

The unfolding war in Ukraine has shocked the world. As we stand, Russia’s Vladimir Putin will never be forgiven for starting the unjustified and unprovoked invasion of Ukraine, which has taken innocent lives and crushed people’s hope for peace. And he will never be forgiven for starting a geopolitical conflict at a time when the world had to address other challenges, not least climate change and the post-pandemic recovery.

These will now be reluctantly put on the backburner, as we switch the attention to defence and security. While no one knows what the days ahead hold, there will no doubt be a new focus: Energy security and supply. Will that derail the European Green deal? Will we be able to reduce our appetite for fossil fuels? Will we rebalance and reshape rapidly our energy mix?

The EU dependency on energy imports stands today at 60%, the highest in the last 30 years. In 2021, the EU imported 45% of its gas from Russia. Our dependency means that we still pay Russia hundreds of millions of euros every day for natural gas and oil imports – all together €1 billion daily, despite sanctions.

EU sanctions don’t explicitly target Russia’s energy sector but they make it harder for Russian vessels to supply energy products, as access to ports in Europe is restricted. Belarus has threatened to stop flows in the Yamal-Europe pipeline, while Russia said it will keep exporting natural gas. This is reflected in prices. EU natural gas prices erased slight earlier losses and rose to €167 per megawatt-hour at the end of February and hit a fresh all-time high of more than €200 on 4 March.

Against this backdrop, we know that our own energy markets remain very tight. We have to look for new suppliers but also for new solutions. We have to effectively diversify supplies from our current main supplier and to fill in our gas storage capacities before the next winter begins.

Turning to the gas market, LNG would need to play a key role to replace the missing pipeline gas. Therefore, the EU is turning its head towards partners like US, Qatar, Norway or Algeria. While this may fill a gap in the short-term, experts say there is not enough LNG to meet all of Europe’s energy needs. Not all of the EU Members States have LNG terminals and we see the need to speed up their deployment but also work on solidarity.

To address this challenge, Europe is pushed to reduce its consumption of fossil fuels and to diversify its supplies as much as possible. This action must be accompanied by a quick rollout of renewables, i.e. wind, hydro, solar, biofuels and others.

However, not all EU Member States have the same technical, natural and geomorphological conditions. Therefore, the Commission should allow for the freedom to choose the best technology adequate to the situation needed. We should also maximise electricity generation from bioenergy and invest in waste-to-energy plants. We also need to build circular economy that will help change the resource supply.

The rollout of new solutions requires more innovation. The EU’s public investment in R&D&I in clean technologies is still very low (at level of 2010) and must be rapidly increased to ensure the swift rollout of renewables and low-carbon gases as well as capacities for storing electricity. In any case, the EU must establish a regulatory framework that allows businesses of all sectors and sizes to innovate and create products and services without endangering technology neutrality. We have to leave the space rather than narrow the space for innovation. We have to be creators instead of takers.

In the meantime, it is crystal clear that we will go back to nuclear and temporarily even coal. The European economy is concerned by the war and we have to ensure that all means are at our disposal.

EU politicians, including the EU’s Green Deal Chief, Frans Timmermans, already accepts that coal – the dirtiest of fossil fuels –will be reactivated. A month ago, nobody would have imagined that Mr Timmermans would allow EU countries to continue burning coal.

We also have to diversify our suppliers for raw materials as much as possible. Concentration creates dependence. But even in case of coal or nuclear we are confronted to raw materials imports. Russia is the largest source of uranium imports to the EU needed for nuclear power plant. For instance, last week (1 March), a plane from the Russian company Volga Dnieper landed in Slovakia. It brought supplies of nuclear fuel for two Slovak nuclear power plants to the country.

Currently, Australia, Kazakhstan, and Canada account for over 50% of the world’s total uranium supply, and are three of the major players in uranium exploration. There are also other players on the market, such as Uzbekistan or US, without mentioning Ukraine.

Beyond the risk of a security of supply shock, we must also address the risk of a price shock. The Commission is to propose its response this week.

The crisis presents an historic opportunity to address our current vulnerabilities to the benefit of our economic and national security. Taking the right step will require to be consistent with our climate goals. We have no choice.

The Green Deal, which aims to turn the EU climate neutral by 2050, is not dead, but we need to correct some of its parameters and make it more realistic, while creating flexibility for deciding how to reach the overarching decarbonisation goals and give more space to people to play the role in the sustainable transition, asking them also to reduce their appetite for energy.