The importance of local governments in the transition to a Circular Economy: the example of Fryslân and Leeuwarden 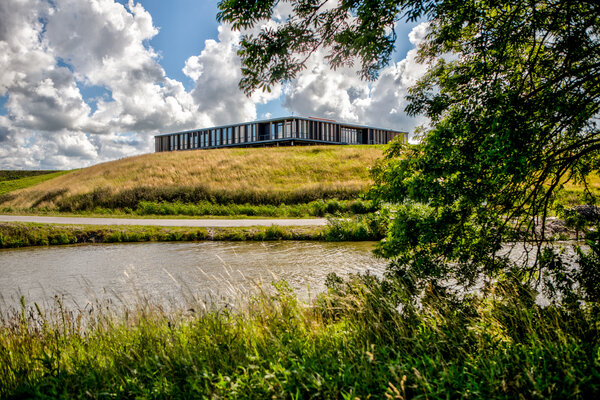 The Energycampus based in Leeuwarden, testbed for sustainable energy innovations.

When the European Commission launched its new Circular Economy Action Plan (CEAP) last March, the world was a different place. Now, as Covid-19 is badly damaging the European economy, calls for a green recovery have become even stronger, boosting the need for the transition towards a more circular economy and an effective execution of the new CEAP.

Ewout Oppers is the Assistant Project Manager for International and Economic Affairs of the municipality of Leeuwarden (Gemeente Leeuwarden).

Regions and cities have an important role to play in this transition, says Françoise Bonnet, director-general of ACR+. One of the regions that has become a frontrunner on the subject is the Northern Dutch region of Fryslân, which is one of the first regions that has set concrete targets for circular public procurement.

‘Yes, I think that Local and Regional Authorities (LRAs) should have a bigger role in the transition to a circular economy.’ says Ms. Bonnet. ‘Numerous stakeholders and decision-makers still do not acknowledge how important this role is. LRAs are key actors for the development of circular initiatives on the ground, in particular due to the variety of their competences, acting on both supply and demand.’

When asked about these competences, she replies: ‘For instance, they participate in markets through public procurement budgets, they issue environmental permits delivered to local enterprises and they influence their consuming citizens, being the public authorities closest to them.’

These roles, and the fact that efficient implementation of European and national legislation depends on the LRAs, should be enough to at least consult the LRAs before any legal decisions are made, according to Ms. Bonnet. The LRAs are perfectly suited to help the Commission develop effective policies that boost circular economic models and green recovery. At the same time, the Commission can further support LRAs by disseminating local circular solutions across Europe.

‘This would be a crucial step for scaling up the transition. Too often initiatives are poorly known, including those put in place thanks to European funds.’ For instance, efforts to stimulate the resource-efficiency of productive processes or to shorten supply chains. ‘There is no need to look far for solutions.’ stresses Ms Bonnet. ‘Many of them are already implemented by LRAs across Europe.’

One of these regions is Fryslân, a rural region in the Northern Netherlands. Determined to become Europe’s most circular region by 2025, Fryslân is becoming increasingly more well known for its unique approach to circular economy. At the core of this approach is the Circular Fryslân Association (CFA), an association founded in 2016 by Frysian companies that felt the desire for a platform where regional developments regarding circular economy could be shared. ‘With the support of the regional government, we started our association with a raw material flow analysis, to see where the biggest gains could be made.’ says Houkje Rijpstra, managing director at CFA.

Initially, CFA focused on the themes of agriculture, construction, food, biomass and plastics, but in recent years has expanded its focus with the themes of water, energy, mobility, education and recreation. ‘We have grown to more than 100 members; 75% of which are companies, the other 25% are all the Frysian governments and knowledge institutions.’

The association prides itself on an action-oriented approach. On all the themes, members jointly develop so-called DO-agenda’s, which describe the road to becoming the most circular region in 2025 on that specific theme. On issues that cut though all the themes, like circular procurement, the members work together in a cross-sectoral approach to tackle common barriers.

In 2019, the association booked a great success with a project that educated members on circular procurement. ‘All 18 Frysian governments signed a declaration afterwards, committing to make their procurement in 2020 for at least 10% circular. We’re talking about circa 100 to 150 million euros.’ says Ms. Rijpstra with pride.  If it were up to Ms. Bonnet, policies like these would be adopted on a European level as well: ‘It’s an excellent example, that should pave the way to get a European target. Regarding circular public procurement, Dutch local, regional and national authorities are certainly of inspiration.’

By bringing together the regional triple helix on the issue of circular economy in the CFA, other spin-off projects have thrived: ‘We’re noticing that an increasing number of iconic circular projects are flourishing, because members find and connect with each other. For instance, various members of CFA have jointly realised the circular Energycampus in Leeuwarden, where circular innovations regarding the energy transition are tested.’

The Energycampus is the latest of the three campuses that boosts innovation in Leeuwarden. Together with the WaterCampus and the Dairycampus, specialized in water technology and agri-food respectively, the Frysian capital offers a strong foundation to develop circular innovations, often collaboratively. For example, think of innovations that retrieve nutrients from sewage, which can in turn be used as fertilizer for agriculture.

What makes the cooperation of CFA so successful? ‘Scale.’ says Ms. Rijpstra. ‘We are convinced that circular movements should be developed at the regional level. Within a region, the ties between businesses, government and education remain short. They feel a collective responsibility for their local environment, they challenge each other and are quickly moved to action.

At the same time, it helps that we don’t have many businesses with headquarters somewhere else, so decision-making power stays in the region.’ But there are also barriers: ‘As opposed to for products, it’s often difficult to access European funds to implement systemic change, which is what circular economy is all about. The Commission could stimulate circular economy more if it supported more projects that look into systemic change.’

The CFA has not found many counterparts in the Netherlands and Europe, but is interested to connect with international partners. ‘The last couple of years we mainly focused on Fryslân, but we’re open to interregional cooperation on the themes of plastics, chemicals or textile, for instance.’ finalizes Ms. Rijpstra, thus answering to Ms. Bonnet’s call to share best practices on regional circular economies.