To keep forests intact, we must use them

By Blake Hudson | University of Florida 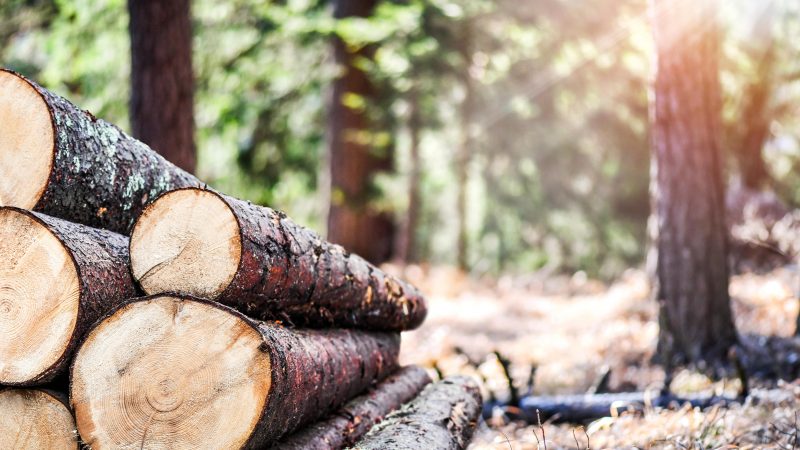 Research demonstrates that demand for wood leads to increased forest area and productivity. Wood-based bioenergy supports markets that help protect our forests from conversion to other uses.

Forests are my passion. I grew up on forestland in the U.S. South and am a conservationist to the core. But those who assert that trees used for bioenergy simply “release carbon that would otherwise stay locked up in forests” misunderstand science, economics, history and the motivations of private property owners—and it may harm both our forests and our climate.

Forests are incomparable among natural resources for the wide-ranging utility they provide to society. Importantly, they absorb one-third of global carbon emissions each year and will play a central role in any realistic effort to keep temperature rise below 1.5C. The EU’s Green Deal, which aims to plant 3 billion trees, is but one important policy seeking to curb global deforestation and keep global temperatures from spiraling higher.

However, often lost in policy debates about how to preserve, protect and increase our forests is the key role of markets in reducing forest conversion and maintaining their ability to serve as the planet’s most significant terrestrial carbon sink. The positive impact of forest markets on climate change can be dramatic. In total, expanding the market for wood could decrease net global emissions by as much as 31%.

This is due to a fundamental principle founded firmly in science and economic analysis and that should feature significantly in forest policy: forest product markets cause forest landowners to make investments that increase forest area and forest productivity. These investments can offset the carbon impacts associated with harvesting and reduce the conversion of forests to other land uses.

A great example in practice is the US South, which produces more industrial wood than any other single country. It is the EU’s largest source of imported wood bioenergy, accounting for nearly 20% of its total consumption. Wood bioenergy accounts for 2.7% of the wood harvested in the U.S. South, supplementing primary forest product markets like saw timber, paper and other industries that produce everyday products such as construction materials, furniture and paper.

In the U.S. South, 86 percent of forests are privately owned. These landowners expect economic returns, and in the absence of a range of forest product markets, they are far more likely to convert forestland to agricultural, industrial, commercial, or residential uses. This would result in not only emissions into the atmosphere as forest carbon is displaced, but also the loss of a massive carbon sink to pull carbon out of the atmosphere in the future. In fact, the US Forest Service projects that up to 13 percent of southern U.S. forests could be lost over the next 50 years due primarily to urbanization. Markets have played a critical role in restoring US forests in the past and will be even more important in avoiding deforestation in the future.

A 2018 study found that increased demand for forest products would result in increased forest management in the U.S. South, and consequently a greater contribution to the U.S. forest carbon sink. This supports a 2015 study finding that forestland in the U.S. could increase by 13,800 sq km from 2007 to 2032 under a high-demand scenario for wood bioenergy. And a 2020 study found that greater demand for wood bioenergy could increase total global forest area up to 30% by 2100.

The bipartisan environmental policy think tank Resources for the Future found that market forces and increased demand for forest products cause forest managers to “increase the area and intensity of forest production thereby offsetting much and often all and more of the carbon released in bioenergy production.”

Ultimately, sustainable biomass will be an important part of the overall global forest economy and the regulation of climate change in the future. It provides an additional income source for landowners alongside other primary uses for wood, and supports markets that provide important incentives to keep forests intact and expand forestland onto currently unforested lands.

There is emotional appeal in arguing that forests should not be used, especially for bioenergy. I understand. I grew up on beautiful forestland that my family plans to preserve for many generations. But that appeal should not blind us to the complex drivers of forest loss and the motivations of those who actually own the forests.

Policymakers must consider both sound science and the economic incentives faced by forest owners to preserve and expand forest resources. Only by sustainably using our forests will we be able to save them.

Blake Hudson is Samuel T. Dell Professor of Law & Co-Director, Environmental, Land Use, and Real Estate Law Program at the University of Florida.