Towards a more sustainable Europe: the potential of standards

By CEN and CENELEC and ECOS 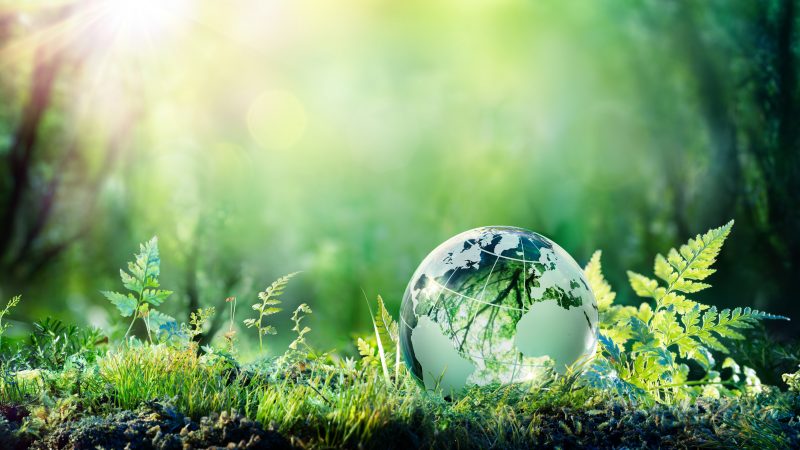 The quest for sustainability is now at the forefront of core policy for many countries around the world. The European Union has established itself as a champion in the fight against climate change through favouring sustainable development. Such ambitions were also confirmed by the European Commission’s President-Elect Ursula von der Leyen, who pointed to the “European Green Deal” as one of her priorities.

In this context, European standards play a fundamental role: not only do they make sure that the products we use every day – from simple items such as toys, to the more sophisticated ones like smartphones – are safe and reliable. Standards also define how things are made and can help organisations become greener and more socially responsible. By providing new, voluntary codes of conduct based on consensus, standards facilitate the transition to a greener and more circular economy.

Combining forces for a better future

The circular economy agenda, one of the EU’s priorities in recent years, is a particularly good example of the power of standards. Since 2015, the European Commission has adopted a series of ambitious policies on circular economy, included within the Circular Economy Plan. It is now clear that European standards are essential fully to deploy the circular economy ambitions.

Standards help make products more energy efficient, and set requirements for products and industrial processes in order to minimise their environmental impact. For instance, the dedicated joint technical body CEN-CENELEC/JTC 10 on “Energy related products- Material Efficiency Aspects for Ecodesign” develops horizontal standards on material efficiency aspects such as durability, reparability and recyclability of products, with the view to provide the foundation for future regulatory discussions and product-specific assessment methods.

The commitment of CEN and CENELEC to protect the environment is a strategic one: two dedicated special bodies, the Strategic Advisory Body for Environment (SABE) in CEN and TC 111X “Environment” in CENELEC, have recently been set up to ensure that environmental considerations are always taken into account in standardization work.

Finally, a specific body was created to work on climate change issues: the CEN-CENELEC Adaptation to Climate Change Coordination Group works across sectors on adapting the European infrastructure and making it resilient to climate change.

A more sustainable Europe through an inclusive European Standardization System

European standards are created by bringing together the expertise of a variety of stakeholders, such as producers, buyers and users, but also regulators and civil society. Collaboration with the representatives of the latter is crucial for CEN and CENELEC. This inclusiveness is what makes the European Standardization System unique, as it ensures that standards reflect not only the scientific and technical state of the art, but also take into consideration the concerns and priorities of society.

The cooperation with ECOS is formalised under EU Regulation 1025/2012, which provides the legal framework of the European standardization policy and recognises the role of civil society organisations in its Annex III. As one of the four organisations mentioned in the Annex, ECOS can participate at CEN and CENELEC’s corporate and technical level, providing advice and recommendations at all levels of standardization work.

Thanks to these exchanges, ECOS plays a key role, helping CEN and CENELEC address environmental issues, as well as raise awareness on the importance of standards and build capacity of civil society representatives wishing to engage in standardisation processes.

As part of this cooperation, CEN and CENELEC, together with ECOS, set up the “Societal Stakeholders Toolbox” providing advice on how civil society organisations can contribute to the standards development process at national, European and international level. This initiative was followed by the launch of an eLearning course on societal stakeholder engagement, a very useful and popular tool for civil society, focusing on standardization from the environmental, consumer and trade union perspective.

ECOS, CEN and CENELEC also strive to engage civil society representatives in standardization at national level. Given that the European Standardization System is based on the national delegation principle, it is crucial to have a strong representation of environmental interests at national level, where members of CEN and CENELEC put forward the experts that work in the Technical Committees to develop standards. Unfortunately, in many cases, the representation of environmental interests in national standardization is still weak. To close this gap and foster cooperation between national standardization organizations and societal stakeholders, CEN and ECOS come together in the “ENgage” project, aiming to help a number of countries overcome the disadvantage they experience on environmental matters, for lack of resources or know-how.

Where the grass is greener: the way ahead

Climate change, with its complex, global and interrelated character, requires a collective effort in order to find the necessary long-term solutions. For this reason, participation at all levels, and across all sectors, is fundamental. Standards, as long as they are inclusive, can be part of the solution. CEN and CENELEC’s mission is to make this contribution possible and fruitful.

Ensuring that the standardization system is open and accessible is not only the best way to support its success, but also to contribute to a greener, more sustainable Europe, for the benefit of all.

More information on how standards contribute to the EU’s policy priority can be found on CEN and CENELEC’s Declaration “Standards build trust”.