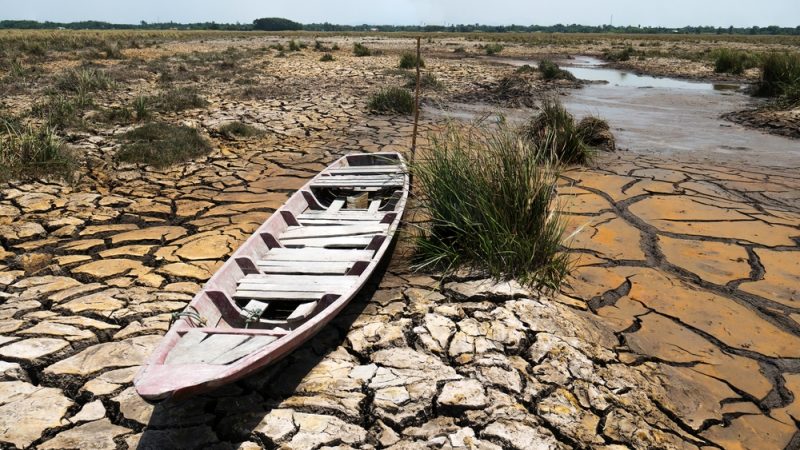 Water for drinking and hygiene is a basic human right, yet one in three people on the planet is without access to safe drinking water and 785 million people live without clean water close to home. Climate change is only exacerbating the situation.

This is also why water and climate need to be tackled together – and why governments and U.N. agencies meeting at COP26 in Glasgow formed a water and climate coalition to address the growing hazards and shrinking reserves. But it is only a first step, bold action is needed to ensure access to water and sanitation for all – an aim embodied by United Nations Sustainable Development Goal (SDG) number six.

The UN predicts a 40% shortfall in freshwater resources by 2030, a challenge compounded by an ever-increasing global population that could leave the planet facing a water crisis.

Many heavy-industry processes form part of the problem by massively over-consuming water, which adds to water insecurity and puts strains on this precious resource.

This is how some industry players are reducing reliance on water to make their operations both more efficient and sustainable.

The power sector traditionally consumes a lot of water – around 200 billion tonnes each year, more than twice the total annual water flow over Niagara Falls – but there are solutions. Mitsubishi Heavy Industries (MHI) Group company, Turboden, offers a way for power generators and water-reliant heavy industrial processes to reduce water consumption. Highly efficient Organic Rankine Cycle turbines cogenerate electricity and heat from different fuel sources, operating without needing water. A closed-loop system uses an organic fluid instead of water to transfer heat, which is then air-cooled and reused again, replacing the high-water use associated with traditional turbines.
This technical solution for generating heat and power is especially suitable for industries located in remote or deserted areas, where water is completely absent.

Concrete is the second most consumed substance in the world after water, but water is integral to its production and use. Globally, more than two billion tonnes of water is consumed annually during concrete production.

An innovative CO2 curing process allows concrete to be manufactured by reacting with carbon in gas form, rather than using water. Highly concentrated CO2 molecules are pumped into the concrete during production, causing a chemical reaction that develops strength, hardness and durability.

As with traditional concrete, this more sustainable alternative requires water only to shape and form it.

Cement is one of the primary ingredients in concrete and this process could reduce the cement industry’s water consumption by up to 80%. 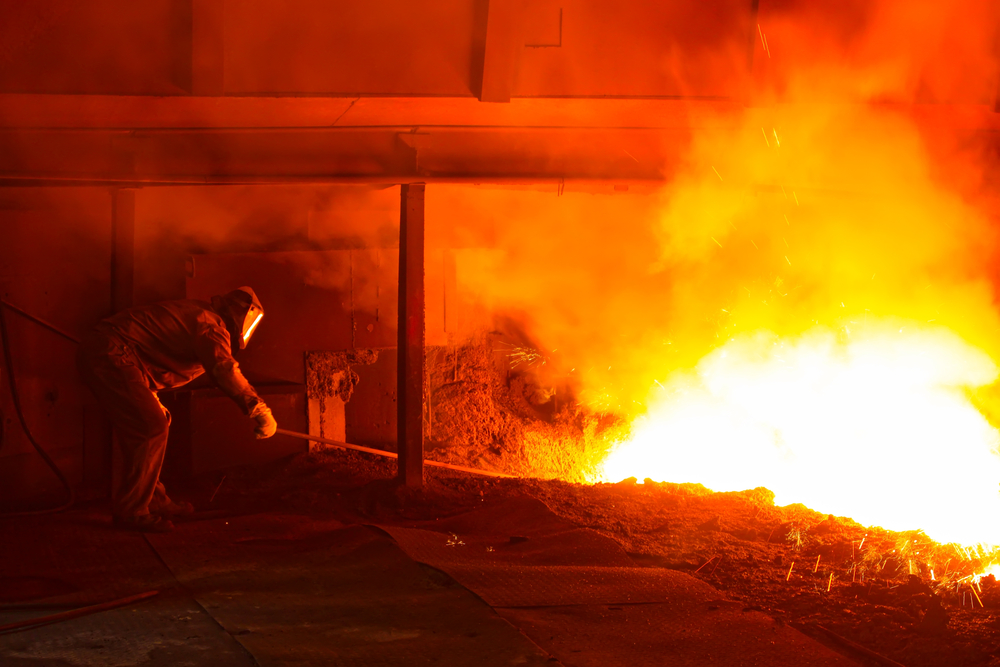 Steelmaking blast furnaces can reach temperatures of around 1,500℃ [Shutterstock 210945328]

Like concrete production, steelmaking is a water-thirsty business – almost 29 tonnes of water, the equivalent of about 180 standard-sized bathtubs, are needed to produce one tonne of steel. Curbing the industry’s water use is vital to sustainability efforts.

Blast furnaces are hot, noisy and fiery, reaching temperatures of around 1,500℃. And huge volumes of water are needed to quench hot liquid “slag” – the glass-like by-product left over after the metal has been separated from the raw ore – from the furnace; treating one tonne of slag can require more than eight tonnes of water.

But a new dry slag granulation process, developed by Primetals Technologies, part of MHI Group, could break the industry’s heavy reliance on water.

So how does it work?

Slag, fed from the blast furnace to a granulator, hits a rotating cup and is atomized into small droplets. These droplets are then cooled down using air injection instead of water. By eliminating water quenching, the slag’s residual heat can then be harnessed and the slag turned into a substitute material for the cement industry, contributing to the circular economy.

If adopted globally, dry slag granulation could conserve around 45 million tonnes of water − equivalent to almost 20,000 Olympic swimming pools. Once mature, the technology could recover enough energy to power more than six million electric cars for a year. However, widespread adoption rests on collaboration between steelmakers and policymakers, ensuring sufficient funding for research.

Monitoring and managing water use, combined with innovative technological advances, can help heavy industry curb its water-guzzling habits and help avert a water crisis that could impact the lives of millions, if not billions, of people around the world.