We are all Connected! Towards a Smarter Energy System 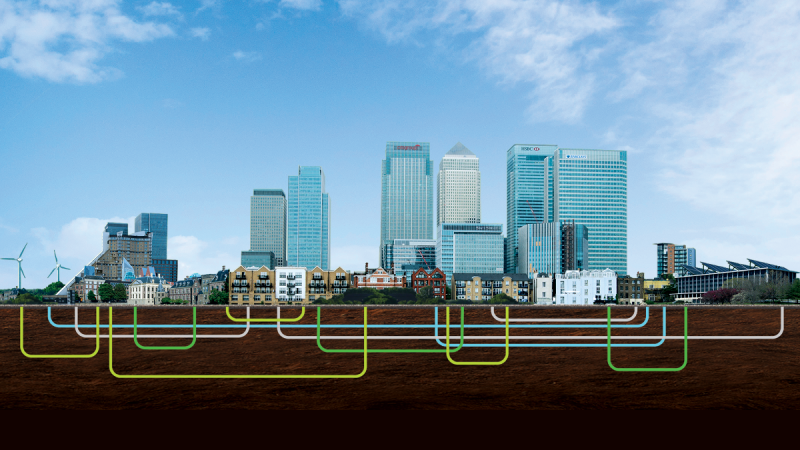 It’s a time of transition and change in Brussels and the climate and energy arena is awash with new ideas, ambitions and personalities. Though it may not yet have made many headlines, the recent emergence of ‘sector integration’ as a (apologies for this…) ‘sexy’ topic at EU level may well end up being one of the defining elements of the next five years.

Paul Voss is the Managing Director of Euroheat & Power.

Put simply, sector integration means thinking about the constituent elements of our energy system as interrelated parts of a whole rather than individual features. And while the current debate seems heavily focused on the possible interaction between gas and electricity, there is so much more to it than that! By developing and implementing the concept of energy system integration in the broad sense of the term, the EU can find the pathway to an easier, faster and more cost-effective energy transition. At the risk of committing a serious breach of copyright, it’s time to start thinking different!

Ever since the publication of the first edition of Heat Roadmap Europe back in 2013, the European district heating and cooling (DHC) community has been captivated by the idea that heat networks can and should be more than just energy-efficient local heating infrastructure. They can also play an important role in the wider energy transition by providing a physical link between what would otherwise be isolated parts of the system. Coupled with large heat pumps, DHC networks can absorb large amounts of renewable electricity, providing vital balancing and storage costs to the grid at a fraction of the cost of batteries. Similarly, heat networks can connect sources of waste heat and cold from data centres and factories with nearby buildings, turning a by-product that would otherwise be simply thrown away into a precious resource that can heat people’s homes.

Quite understandably, given its leading role in constructing the internal energy market through the 90s and early 2000s, the European Commission has instinctively reached for gas and/or electricity-based solutions to Europe’s various energy challenges. Their pan-European nature and status as ‘known commodities’ makes them a tidy fit with the EU’s regulatory frameworks and institutional architecture.

But the scale and urgency of the climate and energy challenges facing Europe today are such that we literally cannot afford to overlook new ways of doing things on the grounds that they are unfamiliar. Happily, there are signs that the incoming team of European Commissioners will be up for the challenge. In her mission letter to the incoming energy Commissioner Kadri Simson, President-Elect Ursula von der Leyen has instructed her to explore ways to ‘facilitate the smart integration of the electricity, heating, transport and industry sectors’. This is a genuinely exciting piece of policy innovation with the potential to transform and accelerate the energy transition at both EU and local level.

Speaking of local, one essential precondition for success in achieving the smart integration that Mrs. von der Leyen has called for is to achieve more coordination and coherence between Europe’s energy policies and those being carried out by cities. In the heating and cooling sector in particular, local authorities will play a leading role in delivering the change necessary to fulfil the EU’s overall decarbonisation objective. And since heating and cooling account for more than half of Europe’s energy use and an ever-increasing majority of Europeans live in cities, decisions made in town halls across the EU will go a long way towards determining the EU’s future energy needs. How, for example, can Brussels make useful assessments of the future infrastructure investments without a clear picture of plans at local level? In this context, a richer and more meaningful dialogue with city leaders and representative organisations such as the Covenant of Mayors is essential.

Finally, while it’s fine to make lists of what everyone else needs to do, the DHC industry itself has its own work to be getting on with. The case for heat networks has traditionally be based primarily on energy efficiency. This is no longer enough. With the EU (hopefully!) standing on the brink of a commitment to net zero emissions, DHC networks will need to do their share. While there has been steady progress in increasing the share of renewable or otherwise decarbonised sources in our systems over the past decade or so, we, together with the wider heating and cooling sector, need to pick up the pace! DHC is nothing more and nothing less than pipes and water. It’s up to us to make sure that water carried a suitably green tint and to provide our customers and cities with the information, comfort and service they deserve.  On October 1st in Brussels we will come together to make clear our intention and ability to do what is necessary. Hope to see you there!