Why carbon capture is key to limiting climate change

By The US Industrial Pellet Association 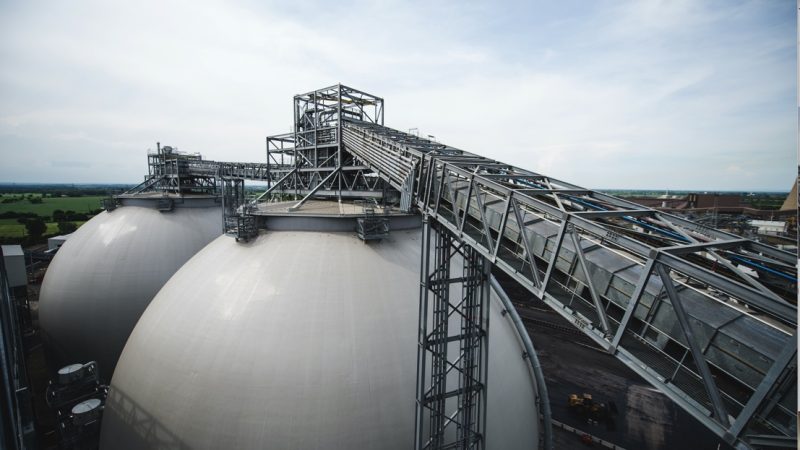 The UN says reducing emissions isn’t enough to avoid the worst impacts of global warming – Bioenergy with Carbon Capture and Storage (BECCS) will need to be part of the solution. Policymakers must set the right incentives to ensure the technology’s growth keeps pace.

The UN’s latest climate report sounded a “code red for humanity”, showing that human activity has already released enough greenhouse gas to guarantee a rise in global temperature of 1.5°C. The question now is what actions will hold warming below the upper limit of 2°C set by the Paris Agreement and avoid catastrophic climate change.

The Sixth Assessment Report from the UN’s Intergovernmental Panel on Climate Change (IPCC) says the answer hinges on deep and immediate emissions reductions, plus extracting massive quantities of carbon dioxide from the atmosphere. In short, the world needs solutions that remove emissions as well as reduce them.

Sustainable bioenergy with carbon capture and storage (BECCS) is at the forefront of this effort. It utilises bioenergy, a renewable energy source, to remove emissions where they are generated and permanently store them deep underground.

However, the world is far from a trajectory that will meet the need for carbon removal. Capacity must increase 50-fold by mid-century to meet vital climate targets. Key to enabling this growth is the development of effective policy and investment frameworks, which will ensure removal technologies like BECCS can scale and contribute at the level climate scientists say is necessary to reach net-zero targets.

Only three years ago, the IPCC predicted the planet was on track to exceed the critical 1.5°C threshold for temperature rise but stressed there were many pathways to limit the damage if action was immediate. Those pathways have narrowed with its latest report, featuring five revised emissions scenarios. 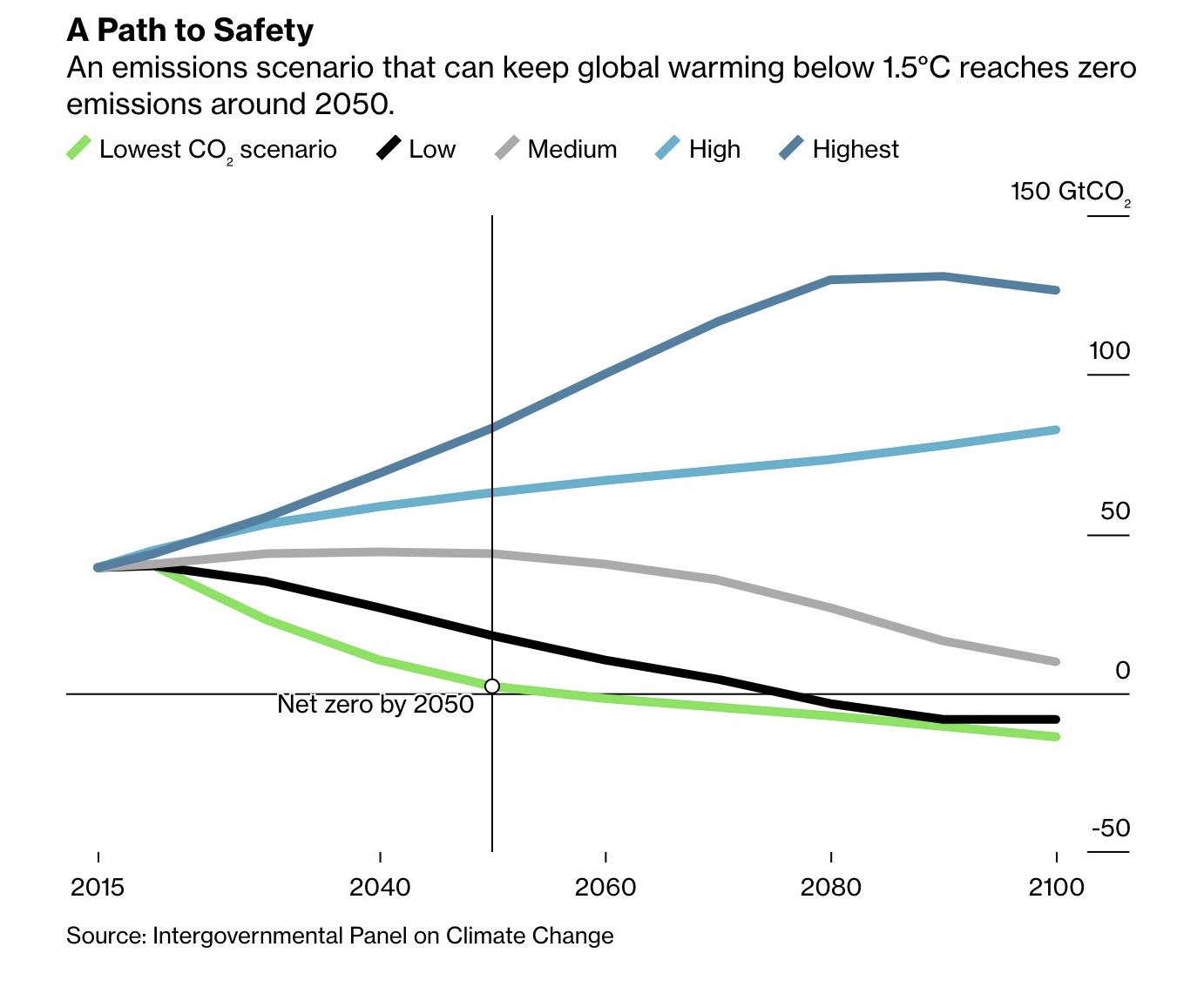 Only two of these scenarios, defined by collective and immediate action, are consistent with the Paris Agreement’s goal of keeping global warming below 2°C, and both rely significantly on BECCS. In these pathways, global emissions reach net-zero in the mid to late 21st century before dipping into the negative as humanity starts capturing huge amounts of CO2.

By the century’s end, Earth will have warmed by approximately 1.5°C in the first scenario and 1.8°C in the second, with the differences related to the speed of emissions reductions and the rate at which carbon capture technology is deployed. 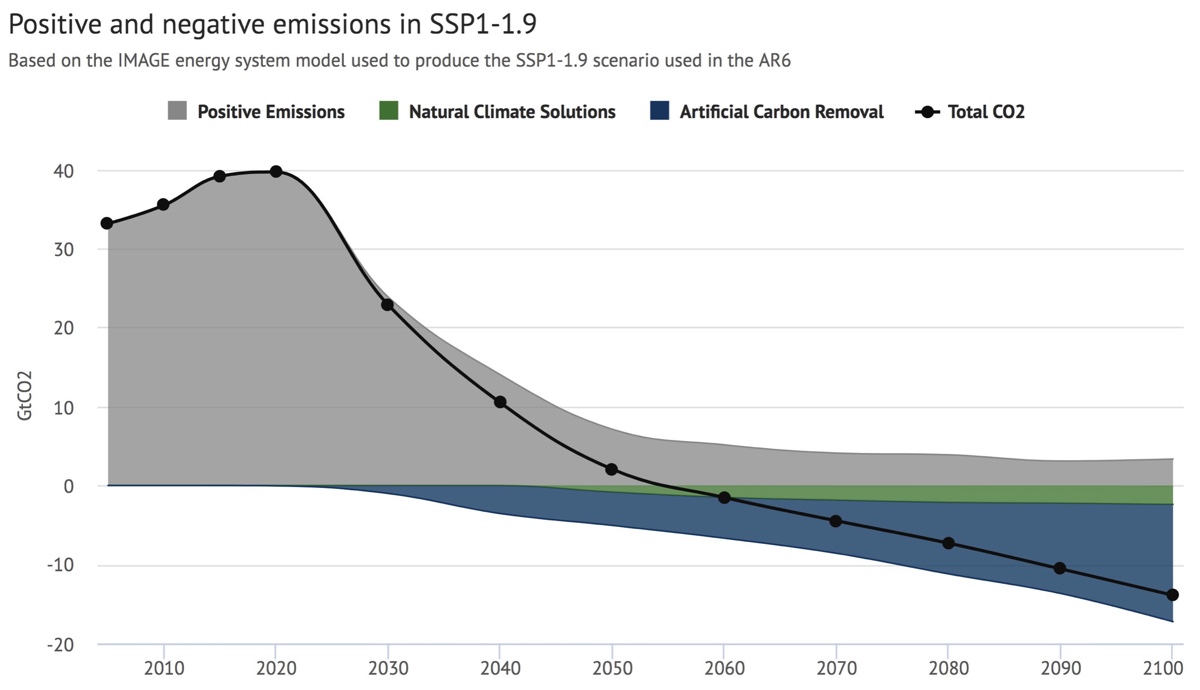 Source: Zeke Hausfater. Even the most optimistic IPCC pathway that keeps global temperature rise to 1.5°C depends on artificial carbon capture in the form of BECCS to remove billions of tons of CO2 per year.

To underscore the importance of carbon removal technologies and BECCS, achieving the most optimistic scenario in line with the Paris Agreement is contingent on extracting about 5bn tons of CO2 a year – or twice the EU’s annual emissions – by mid-century, increasing to 17bn by 2100.

The IPCC has long supported sustainable bioenergy as a climate solution and considers BECCS to be the most promising method of carbon removal. This is consistent with a recent McKinsey report projecting that BECCS can sustainably contribute 2bn tons of negative emissions by 2030, with the cost expected reduce by up to 50 per cent as the technology scales.

The IPCC is clear that BECCS is not just an important mitigation solution but is now indispensable for meeting our collective climate goals. Many countries, including the UK, Denmark and Sweden are following the scientific consensus, and considering the role of BECCS in national bioenergy and negative emissions strategies.

In Brussels, the European Commission has just proposed an ambitious, comprehensive set of legislative actions to put the EU on a path to climate-neutrality by 2050. In line with the IPCC’s latest findings, the Commission’s own impact assessment used to design these actions has also shown that the use of sustainable biomass must increase substantially to support the deployment of BECCS.

Against this consensus it is becoming clear that policies are needed to protect and expand established bioenergy supply chains to meet rising BECCS demand. Likewise, maintaining the EU’s existing world-leading biomass sustainability criteria will provide much-needed regulatory certainty, which is pivotal to ensure adequate flows of private capital into the sector.

The decisions policy leaders make in 2021 will determine whether the necessary contributions from BECCS will be unleashed when it comes to delivering the European Green Deal.

The latest IPCC report may show that the climate crisis is deepening, but it also charts pathways to a more sustainable future. BECCS is an essential solution that must be scaled to make those projections a reality.