Why Europe must safeguard and promote a greener, circular and innovative aluminium value chain 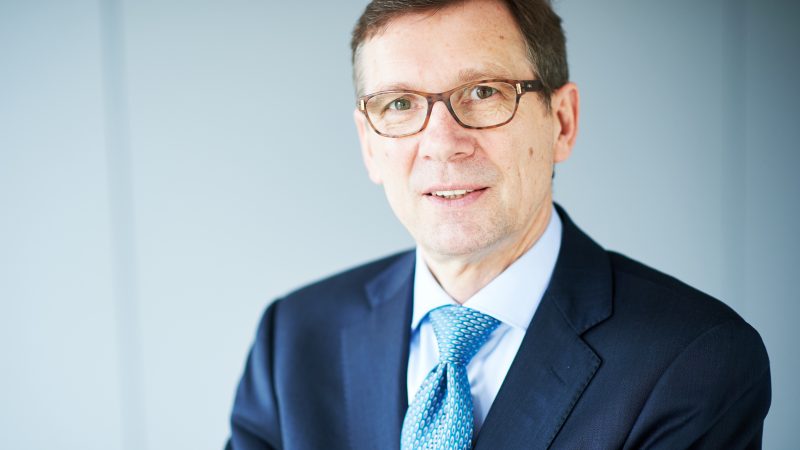 Last December, the European Commission released the long-awaited Green Deal, which is presented as the EU’s new growth strategy for a climate-neutral, competitive, circular and socially just economy by mid-century. The aluminium industry is ready to contribute to the profound transformation Europe will have to undergo to achieve these ambitions.

Aluminium is made, transformed and recycled in Europe. It is the world’s most used non-ferrous metal due to its unique properties and versatility and it’s circular by nature.

European demand for aluminium is expected to grow as it is becoming the material of choice for clean technology producers in applications like renewable energy, batteries, electricity systems, energy-efficient buildings, and sustainable mobility.

However, Europe produces only 7 per cent of global primary aluminium, and this percentage has constantly been shrinking over the past 20 years. As a result, the EU must import approximately 50 percent of its primary aluminium needs.

The carbon intensity of primary aluminium production in Europe has decreased by more than half since 1990 and will further halve by 2050 as electricity grids decarbonise.

Therefore, to guarantee a secure and stable supply of low carbon aluminium to strategic sectors like transport, defence and energy efficiency technologies, we must reduce our dependence on imports with a higher carbon footprint.

For this reason, the Green Deal, the upcoming industrial strategy, and the new Circular Economy Action Plan will have to lay the foundations to safeguard strategic value chains and preserve their competitiveness.

Carbon and investment leakage are already happening: The EU has lost more than 30 per cent of its primary production capacity since 2008 and an enormous amount of aluminium scrap is exported to non-European countries and recycled under less stringent environmental, health and safety standards.

Today, only 16 smelters remain in the EU, which means that we depend on imports from third countries to meet our demand for primary aluminium. This is because Europe has higher electricity prices compared to its main competitors, and electricity costs represent up to 40% of the cost of producing primary aluminium.

Aluminium smelters outside Europe are not exposed to the same carbon costs that European smelters face in their electricity prices, and some players are also heavily subsidised, even in violation of WTO rules.

So, what can be done to address the diverging climate ambitions of our global competitors and satisfy a growing European demand?

First, incentivising the production of recycled aluminium, via investments e.g. in innovative technologies and collecting systems, rather than relying on high-carbon aluminium imports from third countries is a must.

According to our forecasts, increased recycling can save an extra 1,5 billion tonnes of CO2 emissions by 2050. The production of recycled aluminium requires only 5% of the energy used to manufacture primary aluminium.

However, as 75% of all aluminium ever produced is still in use, we estimate to meet at best 50% of demand with post-consumer aluminium by 2050. That is why both primary and recycled aluminium will be needed to meet the growing demand.

Second, Europe needs a more global and forward-looking EU competition policy, with reformed state aid rules to facilitate the transformation of strategic industrial value chains like aluminium. In this respect, the ongoing review of the EU State Aid Guidelines on ETS indirect costs is crucial for providing long-term certainty on CO2 prices.

Given the crucial importance of electricity costs for aluminium smelters, national compensation schemes are vital for preserving the full value chain in Europe and ensuring a level playing field on the global level.

The upcoming review of the state aid guidelines on energy and environment will have to carefully balance the right incentives for industry to decarbonise while fairly distributing the costs stemming from the low-carbon transition (e.g. the integration of renewables in the energy system and other regulatory costs deriving from the reform of EU energy markets) and reward circular value chains.

Thirdly, existing and new EU funding instruments, both public and private, must be simplified, promoted and allocate more resources to support breakthrough technologies which can decarbonise the industry and increase circularity.

Finally, EU policymakers are looking into carbon border adjustment measures to ensure that the pricing of imported materials also reflects their carbon content. While for some commodities these may represent a potential solution, for aluminium the unknowns are still too many.

A careful assessment and design of any possible system will be needed. To ensure industries like ours continue to add value in Europe, the EU must address the uneven global playing field, should prioritise an improved indirect compensation scheme under EU state aid rules for Phase IV of the EU ETS, which will begin as of 2021, and strengthen its trade defence measures.

There is no time to lose. If we do not act now, the European industry may lose its chance to lead the green transition and supply a strategic material needed for the decarbonisation of our economy.