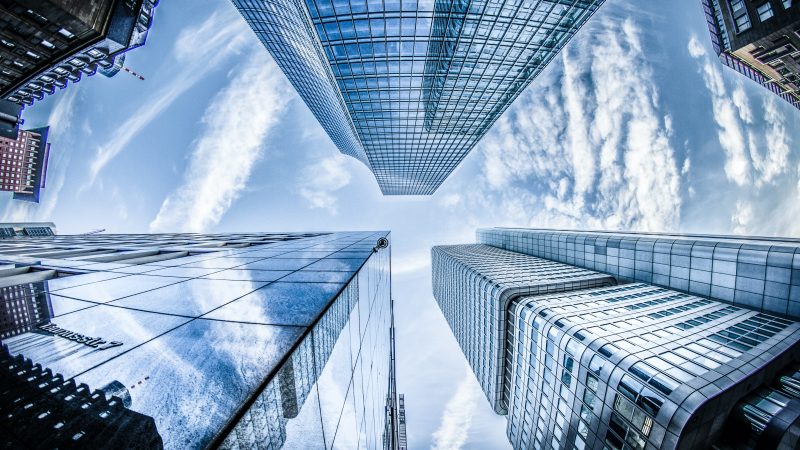 The European Commission must address the Whole Life Carbon impact of the built environment to achieve the ambitions of the EU Green Deal.

Today marks one week until the Energy Performance of Buildings Directive (EPBD)’s review is closed to public consultation. This will not be the first time the EPBD has been revised, nor will it be the last.

But for the European built environment and our sector’s aspirations to fully decarbonise, this legislative review is one of the most pivotal moments in recent years.

The Renovation Wave can support a sustainable recovery

It comes as we continue to look for a sustainable way out of the worst economic collapse in living memory. The EPBD review is the European Commission’s opportunity to clearly show how the buildings and construction sector can deliver both on this recovery and in achieving a climate neutral Europe by 2050.

The EPBD review can stimulate an effective rollout of the Renovation Wave that tackles the carbon emissions of our existing buildings and achieves the necessary trebling of renovation rates across Europe over the next decade.

In major buildings policy revisions such as the EPBD, it is an absolute priority that we focus on and reduce energy demand and operational energy, but this only tackles part of our sector’s impact.

By measuring and addressing operational and embodied carbon together in an integrated manner, a Whole Life Carbon approach in buildings policy presents a significant opportunity to unlock the potential of our sector to address climate change.

To make this point, we sent an open letter to EU policymakers last week, signed by 60 organisations including trade bodies, large construction businesses and political institutions.

In the letter, our sector calls for built environment policy that goes further. Alongside the operational emissions of buildings, key directives such as the EPBD must address the emissions released during the manufacturing, transportation, construction, and end of life phases of all built assets — buildings and infrastructure, widely known as embodied carbon.

It is estimated that embodied carbon today contributes typically between 10-20% of the annual EU building-related CO2 emissions depending on factors such as building type; construction technique and materials; and grid intensity. In some European countries with low carbon energy, the embodied share of total annual EU building-related CO2 emissions can already be as high as 50%.

At the European level, we already have a tool which can support a move towards a Whole Life Carbon approach, but it needs wider adoption. The European Commission Level(s) framework offers a common set of indicators to measure the environmental performance of buildings across their whole life cycle and help the sector achieve the EU Green Deal.

These indicators should form the backbone of how the European Commission integrates Whole Life Carbon into the policy framework.

How #BuildingLife can help

Our network of Green Building Councils stands ready to support the Commission with this vital work. As part of our two-year #BuildingLife project, WorldGBC and its network have assembled diverse leaders across the built environment to develop an EU Whole Life Carbon Policy Roadmap.

This document will demonstrate in detail how whole life carbon and circularity principles can be integrated into existing EU building sector policy, a process that will be mirrored on the national level across 10 countries. The first national roadmap, in Poland, was launched last week by Polish Green Building Council.

With this groundbreaking work taking place, we are also demonstrating the widespread support for Whole Life Carbon policy by assembling a group of ambassadors who publicly advocate for our goals.

Now numbering over 100, these include business leaders, including CEOs of some of Europe’s leading construction sector companies, and MEPs such as Finland’s Sirpa Pietikäinen, Ireland’s Ciarán Cuffe and Greece’s Maria Spyraki, as well as national government ministers from around the world.

National governments, cities and industry are beginning to act

Across Europe, leaders in industry and government have already begun to act in recognition of the important role a Whole Life Carbon approach plays in decarbonising our building stock.

Finland is aiming for carbon neutrality by 2035 and will develop low-carbon construction that will include carbon limits for different building types before 2025. France has pioneered the E+C- law which stipulates regulatory, mandatory limits for life-cycle carbon impacts for most building types.

In addition, as part of its ambition to become carbon neutral by 2035, Finland will soon have similar life-cycle carbon limits, while Denmark is proposing similar regulatory limits for buildings. France, Finland and other countries across Europe are exemplifying how Level(s) can be aligned with national policies.

This national ambition is being replicated on the municipal level, too. Oslo in Norway has committed to reducing its carbon emissions by 95% by 2030 compared to 1990 levels, with a strategy that also encompasses circularity, while Carbon Neutral Cities Alliance and C40 Cities recently launched resources for cities to reduce embodied carbon in their built environment.

In the private sphere, among the over 100 business signatories of WorldGBC’s Net Zero Carbon Buildings Commitment are many inspiring examples of the climate ambition emerging in the construction industry.

COP26 is now just a few months away, and WorldGBC and other global organisations are helping to shape the agenda for the COP26 ‘Cities, Regions and Built Environment Day’ dedicated to the impact of cities and the urgency of future-proofed infrastructure.

Our international network will be running events in the leadup to and throughout the day to showcase our extensive work with actors from across the whole value chain on decarbonising the building and construction industry.

As world leaders convene in Glasgow in November, the European Commission is expected to release the updated EPBD at around the same time. What a great moment this would be for the EU to continue to lead the way on climate policy by demonstrating its commitment to tackling the Whole Life Carbon impact of buildings.