The European Commission’s proposal for a revised TEN-E acknowledges the climate mitigation potential of carbon dioxide networks, but fails to introduce measures to that would allow it to become reality, argue Lina Strandvåg Nagell and Lee Beck.  [Photo: EPA/BERND SETTNIK]

The Commission’s proposal for a revised regulation on trans-European energy networks (TEN-E) acknowledges the climate mitigation potential of carbon dioxide networks, but fails to introduce measures to that would allow it to become reality, argue Lina Strandvåg Nagell and Lee Beck.

Nearly all EU net-zero by 2050 scenarios rely on large-scale carbon dioxide capture and storage. Thanks to renewed EU climate ambition, there are several dozen carbon capture and storage projects in various stages of development in the region.

This is a welcome development, and an important one for the industrial decarbonization of Europe – a long-overlooked challenge on the path to net-zero by 2050.

Capturing and storing CO2 emitted by harder-to-abate industrial processes is an important step for rapid climate change mitigation. The problem is scale. Current development and deployment rates of CO2 capture and storage projects are insufficient to meet the needs of climate neutrality.

A monumental shift in policy is needed to scale carbon capture, transport and storage technologies across the continent.

This includes the revision of the Trans-European Energy Infrastructure (TEN-E) regulation, which must reflect the full value chain of carbon dioxide networks by adding CO2 storage and further transport modalities in addition to pipelines as eligible for PCI status (Project of Common Interest).

The EU remains one of the largest emitters globally. The pandemic has not changed that. Heavy industrial facilities such as cement and steel, as well as waste-to-energy facilities, can be decarbonized by adding carbon capture technologies but only if access to permanent storage of captured CO2 is ensured at scale.

Without access to readily available CO2 storage, the millions of euros spent on innovation in capture technology will have been in vain – a risk to climate action we cannot afford to run. CO2 emissions are mitigated by capture and storage in conjunction – a factor that the current TEN-E revision does not take into account.

The revised TEN-E has an important role to alleviate what is referred to as the “carbon capture and storage paradox”, perhaps better known as the “chicken or egg” problem.

Specifically, while we need to capture the CO2 to have a rationale for building out CO2 storage, the business case for capture hinges on readily available storage – not to mention transport opportunities.

It stands as a barrier for market development of carbon dioxide networks in the EU. The TEN-E can contribute to reducing the barrier by recognising the full carbon dioxide network value chain. This would mean a simple change in today’s current proposal: including CO2 storage as well as transport by other modalities than pipelines.

The existence of full value-chain CO2 networks will reduce costs for future capture of CO2 by achieving economies of scale. This highlights the vital importance of early investment in CO2 transport and storage infrastructure to support emitters planning to capture their carbon with the aim of permanent storage, which will deliver the actual emissions reductions.

Deploying carbon capture, transport, and storage technologies in the EU is complicated by the fact that appropriate CO2 storage sites are not equally distributed across member states.

If storage sites in member states are scaled only with domestic considerations in mind, free and fair access to CO2 storage across the EU single market is an unlikely outcome, undermining the level playing field in an increasingly carbon-constrained environment for EU industry.

In combination with multiple transport modalities such as ship, rail, barge and truck, the availability of CO2 storage sites will enable transnational contributions to emissions reductions. Any other approach will result in certain member states getting left behind – a far cry from a Just Transition for All.

Moreover, TEN-E has an important role to play to facilitate the investment appeal of climate change mitigation through CO2 capture and storage, not only by beneficial treatment in permit granting procedures and access to finance, but by sending positive market signals, boosting investor confidence, and incentivising project development and deployment.

The EU is at a watershed moment. The failure of the current TEN-E proposal to present any changes to the carbon dioxide network category is in direct contradiction with the underlying justification of the revision as outlined in the European Green Deal.

It does not address market failures standing in the way of a commercialised European CO2 network, despite it being one of the revision’s explicitly stated aims.

Not acknowledging TEN-E recognition of CO2 storage and transport modes other than pipelines’ role on the pathway to net-zero by 2050 is a missed opportunity, taking us down the wrong path threatening shared climate ambition. 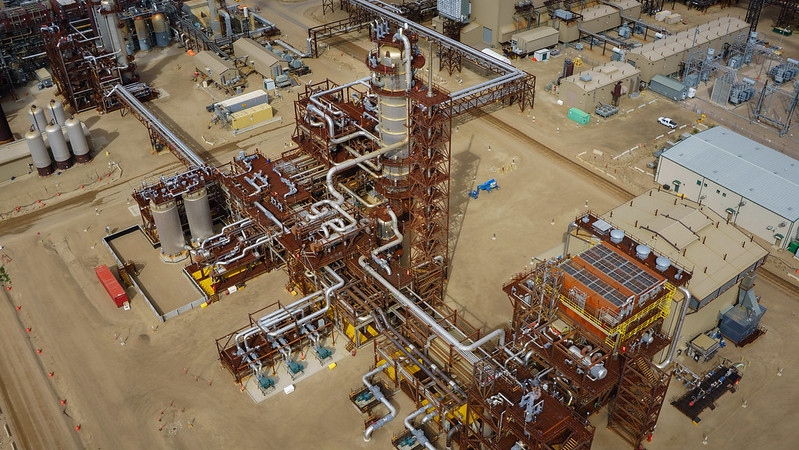 Are stars finally aligning for CCS in Europe?

With greater investment in carbon capture and storage (CCS) projects and the need for the EU to rapidly decrease its carbon emissions, optimism in the schemes is growing, writes Guloren Turan, ahead of an online event to launch Global CCS Institute’s new report in December.