The European Commission’s cost-benefit analysis for its upcoming ‘Fit for 55’ package of green laws for 2030 is outdated, assuming an eye-watering 10% cost of capital for climate action, writes Brook Riley.

Whatever you might think about the way the European Commission has been handling the vaccination campaign, its performance on the other defining issue – climate change – has been impressive.

First, the Commission made the case for a climate neutral Europe by 2050 and got all 27 member states to back it. Then it followed up with its work to increase the 2030 greenhouse gas emissions reduction target to at least 55%. On climate at least, Europe is ahead of the United States, China and other major economies.

Much of this is thanks to savvy political leadership. But there is another factor which got us to where we are now, and which is going to be essential in the Commission’s work to implement the climate goals: geeky, technical number-crunching.

To secure political backing for higher targets you must have facts and figures to back them up. Above all, what counts is the type of modelling the Commission uses.

To see why, rewind the clock three years. At the height of the post-Brexit debate over the future of the EU, the Commission was asking itself whether calling for climate neutrality by 2050 would unite or divide the EU.

Concern about affordability was widespread. But then the Commission worked out a way to include estimates of the costs of climate damages in its modelling. Suddenly climate neutrality, which was compatible with 1.5°C of global warming, came across as a lot more attractive than the business as usual policies which implied exceeding 2°C.

Combined with progress in estimating impacts on jobs and GDP, this gave pro-ambition negotiators the supporting evidence they needed.

It shows the power of modelling: it can make or break the case for higher ambition. And this is why it is so worrying that the Commission is falling short in one very important area: investment cost calculations for the ‘fit for 55%’ legislation.

Let’s unpack this. The Commission’s standard procedure is to work out the investment needs and likely benefits of each scenario. It then compares the different scenarios, for example a 35% by 2030 energy savings target versus a 40% one.

With investment calculations, what matters most is the Commission’s estimate of the cost of capital – that is to say, how much the modellers assume the EU and Europeans as a whole need to pay for the funds to meet their climate and energy goals.

And this is where the Commission is getting it wrong: it is assuming a very high 10% cost of capital. To put it into perspective, that 10% is 74 times more than the Commission’s budget directorate is paying to raise funds for the recovery package (0.134% over 30 years).

This is a massive political turn-off. You wouldn’t buy a home if the bank offered a 10% interest rate. Policymakers are just as unlikely to support ambitious revisions of the energy efficiency, buildings, renewables, emissions trading and other directives needed to deliver 55% emission cuts, if the price tag looks too high.

All is not lost, however. The 10% number is so high because the Commission is using outdated data. What is more, the 10% is not even a pure cost of capital estimate.

The Commission also includes what it calls ‘investment constraints’ (for example, the hassle of figuring out how to get subsidies to renovate your home). But the EU is not going to passively wait and see what happens in 2030 and 2050! Its job is to shape the course of events with its climate and energy policies.

Therein lies the solution. The whole point of the upcoming ‘fit for 55%’ legislation is to generate funds and address practical barriers to climate action.

It follows that the Commission’s more ambitious scenarios can safely assume lower capital costs and investment constraints, because that is what they are designed to deliver. It is their raison d’être. In the modelling, this will make them more cost-effective – and politically appealing – than the weaker policy options.

This concept of matching the cost of capital to the policy is just as geeky as factoring in climate damages, and just as doable. The Commission already tried out lower cost assumptions with its energy efficiency modelling in 2016, and is rumoured to be doing the same now with the renewable energy directive.

If the approach is extended to the whole ‘fit for 55%’ package, EU leaders will see that ambitious climate and energy policies require a lot less extra investment than previously expected. This is a hugely important message which will help Europe keep its lead on climate action. 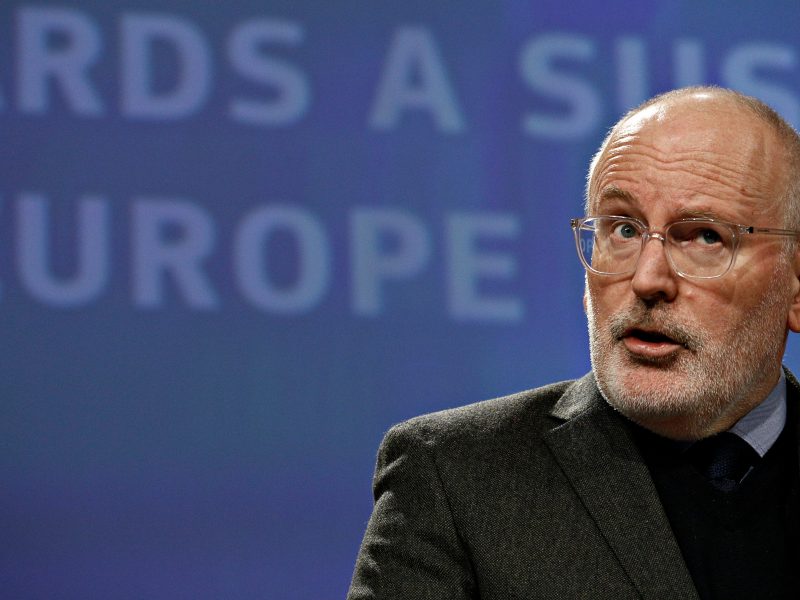 Why number crunching can make or break Europe's climate ambition