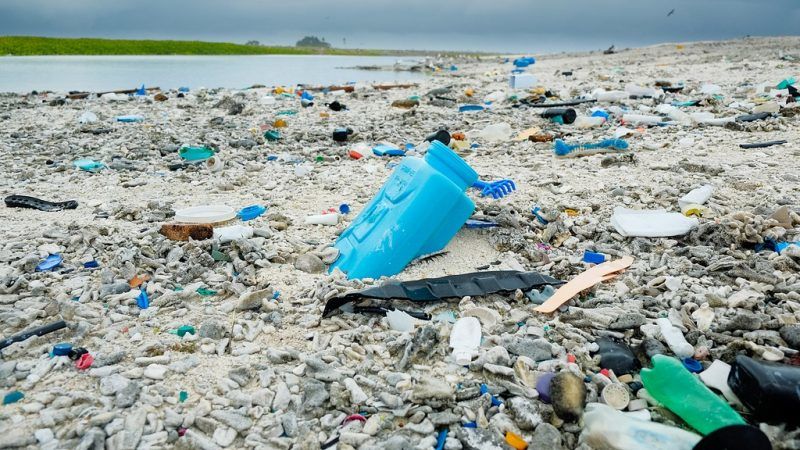 We need to do for plastics what climate scientists are doing in the Intergovernmental Panel on Climate Change (IPCC) - regular large-scale assessments of what is the state of all marine and other plastic litter, its impacts and future risks, and options for most effective mitigation, writes Dr. Erik van Sebille. [Clifton Beard / Flickr]

Five countries at the last G7 summit in Canada signed a Plastics Charter, recognising the need to speed up global action on marine plastics pollution. An IPCC-type framework is now needed to address the issue, writes Dr. Erik van Sebille.

Dr. Erik van Sebille is an oceanographer and climate scientist at Utrecht University. He is a grantee from the European Research Council.

Implementing the EU’s new plastics strategy requires to put in place a robust system for monitoring the discharge, movement and distribution of plastic debris in the oceans.

Why is this important?

Firstly, we do not know the whereabouts of most plastic that has been discharged in the oceans.

There is already plenty of evidence that our seas and oceans are turning into floating landfills for plastic litter. It is estimated that around 8 million tons of plastic are sent adrift into the ocean every year. The scary thing is that whenever we now go to the ocean as scientists to look for plastics, we find it. It is there.

Somehow, being a plastic ocean scientist seems to be the easiest job in the world, because we just find this stuff wherever we go. We hardly need to look for it anymore. What is even more scary is that for all their staggering size, the vast areas of accumulated plastic floating on the surface account probably for only one percent of all plastic that has ever entered the ocean.

Some time ago, I started a research project to map the plastics that is floating in the oceans. This interactive map, which is displayed here shows that in some places, like the North Pacific, off the California coast, huge amount of plastics can be found. Other big areas with concentration of plastic litter are the Mediterranean and Southeast Asia. Thanks to this model we predicted the accumulation of plastic litter in the Arctic Ocean and not long after this our expedition discovered hundreds of tons of plastic debris accumulated there as just another disturbing evidence how far-reaching is the problem.

Using this map to sum up how much plastic is there in the oceans already, we come up to a figure of around 200,000 metric tons. This number is problematic, because it is far too low. If this is the amount of plastics that is accounted for on the ocean surface, it means that 99% of the plastics that is already discharged, is missing. It is like in bookkeeping: so much is going in and so much is going out. Where is the rest?

Part of the missing 99% lies on the coast, part of it sits on the sea floor, and part of it is inside the stomachs of marine animals. However, for none of these stocks do we know how much there is exactly, nor do we know how that plastic is distributed spatially. There is a need for a precise map in order to find out whose plastics goes where, to understand where the health and environmental risks are the biggest, where it is most efficient to clean up the plastics and where to best channel resources at national, European and global scale.

Thanks to recent funding from the European Research Council (ERC), the TOPIOS project (Tracking of Plastics in Our Seas) which I lead, is addressing this need by developing a three-dimensional model of how all plastics move through the ocean. Unlike the simple two-dimensional matrix, provided at plasticadrift.org, which predicts the movement of surface plastics and which can be run on a laptop, the 3D map covers all the plastic in the ocean by combining a circulation model with various observations of the whereabouts of plastics across the earth’s oceans.

Three decades ago, scientists created a virtual computer simulation of how carbon dioxide emissions are carried by the wind. One year into the TOPIOS project, we are undertaking to do exactly the same within the ocean for plastics. Our study is ambitious and not just about the movement of the currents. We will use the Netherlands’s biggest supercomputer and space satellites to simulate how fast the plastics break down and how quickly they sink into the sea floor.

Only with a full-scale model, an estimate of how the plastic moves around the oceans, it will be possible to answer the question where all the marine plastic litter is.

This is one of the fundamental questions that we have to answer in the first place.

It is great to be talking about solutions, but we cannot cure the problem if we do not have the right diagnosis.

Therefore, for a global problem like this, we need global solutions based on the latest scientific evidence. This is the second reason why developing a robust monitoring and measuring of marine plastic waste is so crucial.

Marine litter has already been recognised as a top science priority by both G7 and G20. However, looking for technological solutions is not enough. This has to go hand in hand with answering the fundamental scientific questions and provide the latest, most accurate numbers, in order to identify the root actions that will make the difference and ensure effective mitigation in combatting the environmental plastic problem.

We need to do for plastics what climate scientists are doing in the Intergovernmental Panel on Climate Change (IPCC) – regular large-scale assessments of what is the state of all marine and other plastic litter, its impacts and future risks, and options for most effective mitigation. These assessments should be based on peer reviewed studies. They must also be inclusive and follow the standards of open science.

This is how I see the outcome of my ongoing TOPIOS project for mapping the movement and the sinking of plastic litter in the depth of the oceans. Its results could be incorporated into a much bigger and wide-ranging assessment that could be used by policy makers on a regular basis and on a global scale in order to measure trends and to benchmark how effective are our solutions.

Scientists can thus play a key role for raising awareness among all stakeholders and for mobilising the public support that is required for driving more investments and motivating responsible actions that can help to curb the growing problem and embrace the mission of plastics free oceans.

Dr. E. van Sebille is an international award-winning physicist and oceanographer who leads the TOPIOS project, financed with a starting grant from the ERC and featured by the ERC=Science² campaign. 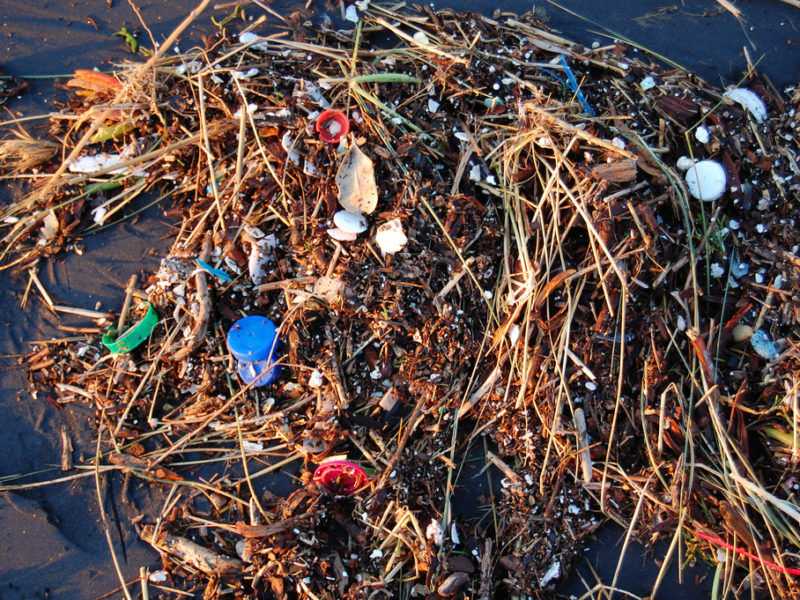