By Anne Gläser and Chiara Putaturo 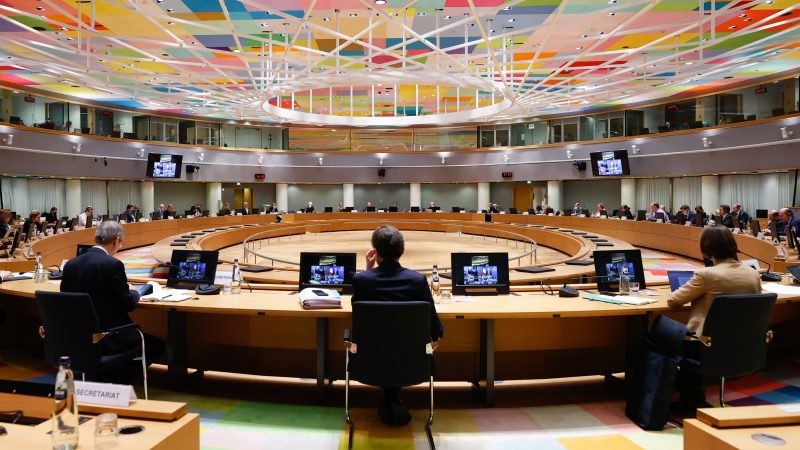 As EU finance ministers meet on Tuesday (15 March) to discuss the proposal for a carbon border levy, they should look to protect the most vulnerable countries from being hit and work to phase out free allowances quicker, write Anne Gläser and Chiara Putaturo.

Tomorrow much is at stake when European finance ministers meet to discuss the new EU proposal for a carbon border tariff (carbon border adjustment mechanism – CBAM).

Therefore, the European Commission’s proposal from July is a step forward. But two severe flaws threaten the success of this instrument.

Firstly, it fails to address the impact on the poorest countries. Secondly, it prolongs the unsustainable and unjust system of free allocation of allowances for EU companies.

The Commission’s proposal means companies exporting into the EU must buy a carbon permit showing the amount of carbon emissions in their goods. It will apply only to certain sectors and only if the exporting countries are not pricing carbon emissions domestically.

The main aim is to limit carbon leakage, that is, companies moving the production of goods to countries with less stringent environmental rules.

Impact on the poorest countries

Some low-income countries, such as Mozambique, will be particularly affected as a tariff on their exports to Europe could worsen the vulnerability of already precarious national economies and undermine the countries’ ability to invest in a just transition.

This is unacceptable given the existing inequality in the climate crisis. The poor are most affected by climate change, while they are the least responsible for carbon emissions.

The EU must stop the negative side-effects of this proposal to avoid further deepening the gap between the rich and the poor.

What is needed and missing from the Commission’s proposal is a temporary exemption of least developed countries (LDCs) and more financial support for their green transition.

The practice of granting an exemption period to LDCs with EU tariffs is nothing new because it has already been practised at the EU level (e.g. Everything but Arms initiative) and could give those countries the time to decarbonise their economies gradually.

An exemption period of five years would stop considerable harm in low-income countries while not hampering the mechanism’s effectiveness and its carbon leakage protection function.

Besides exempting LDCs, the EU should use money from the carbon tariff for climate finance, especially for supporting vulnerable countries affected by the CBAM in their just transition efforts.

This approach would be far more internationally acceptable than the Commission’s proposal to use the revenues to repay the recovery fund for EU countries.

In the post-COVID context, many governments in low-income countries do not have the resources to support their economies and people.

Yet, they are being asked to contribute to the recovery of Europe. “Climate partnerships” between the EU or EU countries and the low-income countries particularly affected by the CBAM could be a way forward.

This support is even more needed as rich countries failed to deliver on their promises to mobilise $100 billion annually in climate finance to support climate action in poorer countries.

So far, the EU has been giving EU carbon-emitting companies at risk of carbon leakage a free pass to pollute through granting free allowances in the EU Emission Trading System (ETS).

This practice is unsustainable and unjust. It diminishes the price signal, so companies have little incentive to invest in the necessary deep decarbonisation. This severely endangers the EU’s industry transformation and achievement of climate goals.

Moreover, the EU is foregoing billions of euros of auctioning revenues which it could use to finance the just transition. This foregone revenue amounts to more than €60 billion per year, depending on the ETS price (calculations by Germanwatch based on ETS revision proposal).

The Commission has proposed a very slow phase-out of free allocation and a corresponding slow phase-in of CBAM that reduces the incentive for companies to decarbonise both within and outside the EU.

Instead, we need a fast phase-out of free allocation and an ambitious start of CBAM. By 2028 at the very latest, the free allocation should be entirely replaced by an effective CBAM in the sectors concerned.

In this respect, the European Parliament’s draft report on the CBAM, which proposes an early start of CBAM and a much faster phase-out of free permits, is a very welcome step in the right direction.

Tomorrow’s meeting is a chance not to be missed for EU countries to steer the Commission’s CBAM proposal into a more responsible, fair and sustainable direction so the EU can and will reach its climate targets without putting developing countries at a disadvantage.