Five years after Paris: Where does Europe stand on climate change? 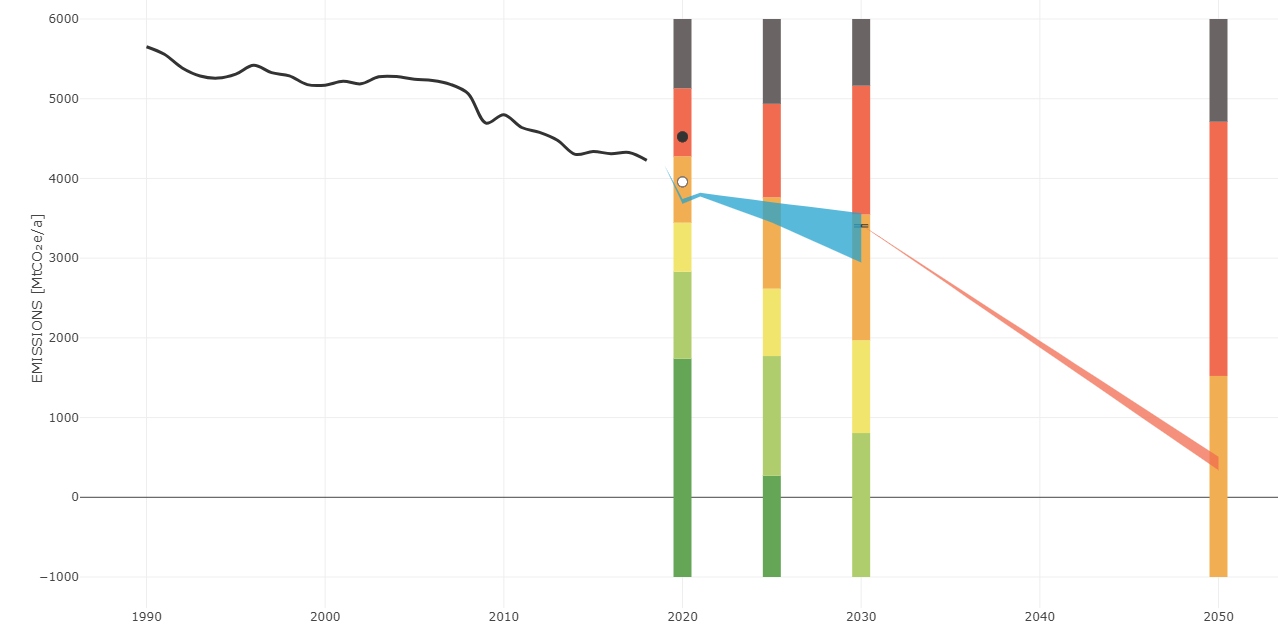 Five years on from the Paris Agreement, the EU is predicted to miss the 1.5°C global warming target and the bloc’s fair share of carbon emissions reduction, according to independent research.

The EU is currently on a path to between 2°C and 3°C warming, according to The Climate Action Tracker, an independent scientific analysis that keeps track of government action on climate change. 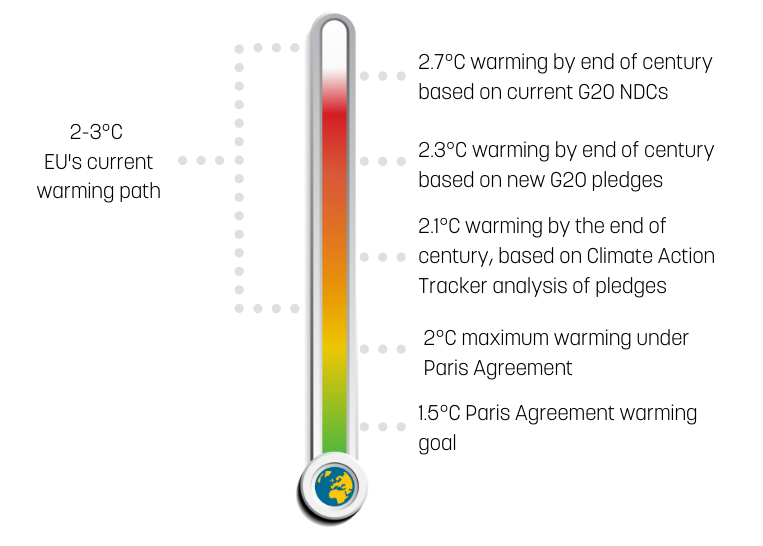 The G20 is also predicted to miss the target, looking at a rise of 2.7°C, according to the Climate Transparency report. Recent announcements from countries like China and Japan bring this down to around 2.3°C, still above the highest Paris target, which sits at 2°C.

Climate Action Tracker is more optimistic, predicting that recent pledges could limit warming to 2.1°C by the end of the century.

“The scale of change in the last few months has been incredible, with pledges from the likes of China and Japan and the incoming Joe Biden team basically halving the gap between where existing policies were taking us and the 1.5°C Paris Agreement target,” said Richard Black, Director of the London-based Energy and Climate Intelligence Unit.

Despite this, Climate Action Tracker suggests that Morocco will be the only country to meet the most ambitious target in the Paris Agreement of limiting warming to 1.5°C.

2020: A pivotal year for climate action

2020 has been pivotal for climate action, with the European Union formally endorsing a pledge to become “climate neutral” by 2050, and planning to raise its 2030 climate reduction target.

China, Japan, South Korea and South Africa have followed in the EU’s footsteps, announcing net zero targets. And there is widespread expectation that America will rejoin the Paris Agreement under a Biden Administration in 2021.

But although these pledges are encouraging, there is still a lot of work ahead when it comes to the delivery.

Climate Action Tracker predicted in December 2019 that the EU would fall short of its Paris pledge, reaching emissions of 339-509 MtC02e/a by 2050. This is above the EU’s net zero emissions target and well above its calculated fair share.

The data does not take into account recent policy changes in the EU, but to reach its fair share of emissions by 2050, Europe would need to raise its 2030 emissions reduction to 65% below 1990 levels and increase climate support abroad.

How is the EU doing compared to other countries?

In 2018, only 16 countries were on track to meet their Paris pledges. Norway was the only country in the European neighbourhood to be on this list.

China and America are doing significantly worse than the EU, with China facing a huge drop in carbon emissions to reach its 2060 net zero pledge.

All three have a significant way to go to reach zero emissions.

Net zero targets mean countries can still produce carbon emissions, as long as these are offset by natural sequestration in forests, soils and oceans or artificial methods, like carbon capture and storage.

In theory, the sequestering of carbon by forests reduces net emissions, but due to deforestation in places like Argentina and the Amazon, the net CO2 output is currently increasing.

There is a debate as to whether forestry should be included in climate targets because it means countries can make their emissions reductions look better.

In September, the European Commission announced plans to include sequestration by agriculture, land use and forestry in reaching its 2030 reduction target, something environmentalists have called an accounting trick.

Frans Timmermans, the Commission’s executive vice-president for the European Green Deal, defended the move, telling journalists: “If you look at the logic and the methods applied by UNFCCC, they all include carbon sinks. This is exactly what we have done at the European Commission. So I think we’re on solid ground here.”

However, there are still many uncertainties about the speed of global heating.

For instance, the thawing of permafrost releases methane, which contributes more to global warming than CO2. And the melting of Artic ice means less sunlight is reflected from the Earth’s surface, instead being captured in oceans and raising the global temperature.

These so-called feedback loops could drastically accelerate global warming in the years ahead, scientists warn.

The longer countries delay the delivering these targets, the harder they become and the harder it will be to predict the impact.