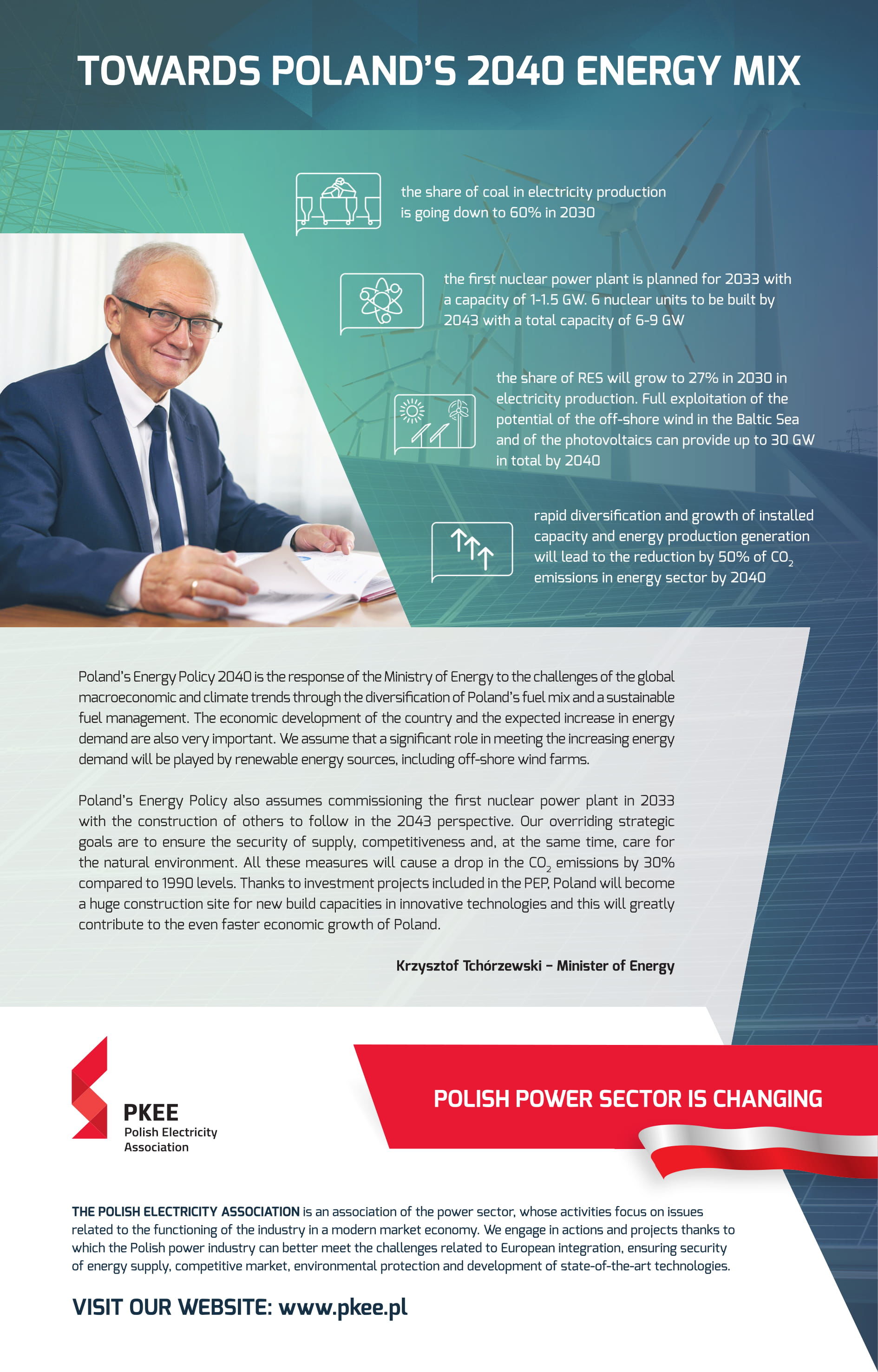 The Polish Electricity Association (PKEE) welcomes the ambitious proposal of the Ministry of Energy on 2040 energy policy in the context of EU long term emissions’ reductions strategy.

PKEE believes that this strategy is well aligned with EU’s long term climate-energy policy and is a significant step forward for a country highly dependent on carbon-intensive fuels in power generation, with a large employment in coal-regions, coupled with one of the lower GDP/capita levels in the European Union.

The realisation of this ambitious policy will require incredibly high investment outlays and PKEE hopes that the Polish power sector will obtain financial help to realise its targets in the context of the Multiannual Financial Framework negotiations and the upcoming implementing acts of the compensation mechanisms under the revised EU ETS Directive. Polish energy companies will be struggling with the investment gap. We would look beyond the upcoming MFF and link the financial discussion with 2050 expectations. Therefore we support the establishment of the Just Energy Transition Fund under the work on the new EU post-2020 Multiannual Financial Framework.

PKEE is of the opinion that the Commission’s communication is the start of the formal discussion and task for the next year. We support the realistic timeline – carbon neutrality might be achievable for the EU as an average, but not equally all member states with differing energy mixes.

The final remaining percentage of emissions in the power sector will require the offsets and negative emission. We need to estimate final costs and commercial availability of these solutions (CCS, forestry units, international credits) and CO2 prices for the mid-century.

We support a gradual electrification of the European Union’s economy in the areas not subject to the EU ETS, including the energy-intensive industries as well as the transportation and buildings sectors. At the same time we will be minimising the environmental impact of the power sector until 2050 with a gradual transition of the fuel mix towards low emissions. The EU plans up to 2050 must take into account the specific circumstances of Poland.