Thomas Waitz, the co-chair of the European Green Party, has condemned “the creation of phantom movements and parties using the identities of genuinely green movements in Europe.” [© European Union 2019 - Source : EP]

The new government in Vienna will aim for “an end to nuclear energy” in the EU, Thomas Waitz told EURACTIV Slovakia. The MEP-elect and Green Party negotiator also calls on the EU to acknowledge that Poland will need financial support in the transition away from coal.

One of the priorities of the new government will be to continue Austria’s long-term policy of questioning new nuclear projects in Europe. What exactly can countries like Slovakia expect?

Slovakia is an independent state and has proven it doesn’t care whether Austria has concerns or not.

Austria has concerns because all these nuclear power plants are close to our borders. An accident would also affect Austrian citizens. As we have decided not to go nuclear, because the risk is too high, we will do whatever is in our diplomatic range to foster an end to nuclear energy. We have especially serious concerns about the old plants with Russian technology.

But within the EU, there are several states that focus on nuclear energy, for example France. In the EU, every member state decides whether it goes for nuclear or not.

Austria and Slovakia respect each other very much. There is a dispute on nuclear energy, but we will manage it as good neighbours.

Austria has used a set of instruments including complaints before the EU Court of Justice. But as far as I understand, there will be no significant change in the means deployed against nuclear power. 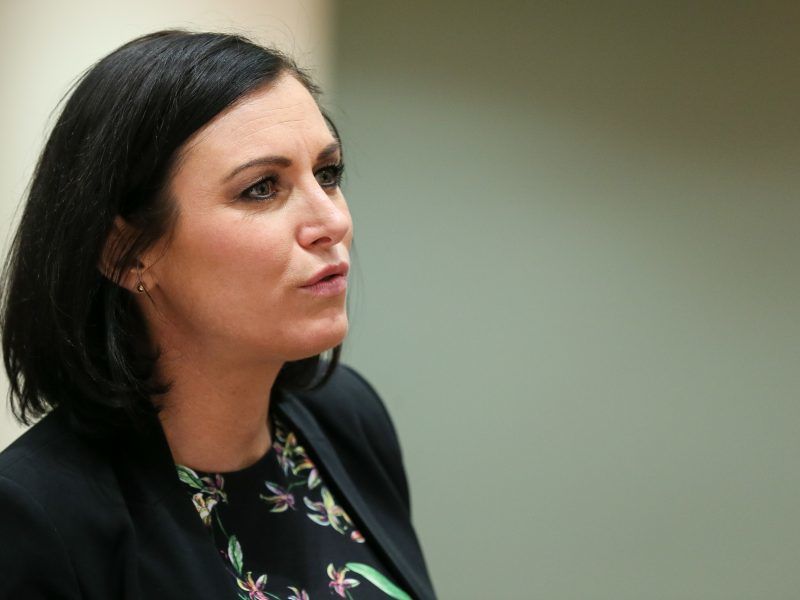 Can climate neutrality in Europe be reached without additional nuclear capacities in Europe?

Yes, sure. If we look at what the emissions are per kilowatt-hour of electricity, nuclear can be a little part of the whole picture.

It is correct to say that nuclear energy makes a contribution to CO2 neutrality. I am a realistic European politician. I am even OK if the Finnish Greens signing up to letting a nuclear power plant work until the end of its predicted lifetime, because maybe for a few years it is helpful for the transition.

I also have a certain understanding for countries with coal energy that both fuels cannot be phased out at the same time.

But in the long term, nuclear cannot be a solution. First, the ecological disaster starts with the mining of uranium. The next reason is the construction of a nuclear power plant. Calculate the amounts of concrete needed.

But the biggest argument we have is the risk of an accident. Even if a nuclear power plant blows up in one out of a thousand cases, the disaster is huge.

Last but not least, there is no solution for nuclear waste. If anyone thinks nuclear energy is cheap, they should calculate the amount of money needed for storing the waste for 100 thousand years.

This technology is extremely expensive and extremely dangerous. If there were no subsidies, nuclear would have no chance to compete against renewable energy. We should stop the madness of investing taxpayer’s money in such a threatful technology.

What would you advise to countries like Poland which produces most of their electricity from coal? It is also the only country in the EU still blocking the agreement to reach climate neutrality in 2050. Wouldn’t nuclear energy be a good replacement solution for them?

Second, if you invest the same money to renewables, you will get a much higher electricity production and much lower risk to environment.

I understand it is a real problem for Poland to do the energy transition in the short term. The EU needs to acknowledge that the country needs a financial support in the transition. I hope the current resistance of Poland to climate neutrality in 2050 results from its will to negotiate European subsidies, so that it can leave that kind of energy production as fast as possible.

You may be surprised, but even gas can be a transition technology. Its CO2 emissions are much lower than in the case of coal.

Do you prefer natural gas to nuclear energy as an alternative to coal?

Yes – gas as a transition technology towards a completely renewable world. The main problem of renewable energy systems is the variability. The technical challenge is to store energy, but also to balance the net frequency.

Hence, we may need some gas in the future – but only as a small compensation mechanism within the bigger renewable system. And even here, natural gas can be partly replaced with green gases.

Do you see a potential for future cooperation on the decarbonisation of the industry between Austria and Eastern European countries which are heavily dependent on natural gas?

Definitely. The positive thing about gas is the extensive network in Austria and in the Eastern neighbouring countries. The existing distribution system can be filled with other, low-carbon gases. We should produce gas from organic waste or pork manure and not release the methane into the air and cause climate change.

I also see a potential with wind energy. This is an option for Poland, too. When there is good wind – like now in the Baltic Sea – offshore wind turbines produce so much electricity that we are not able to transfer it towards cities anymore. There, I see potential for the synthetisation of methane, but also hydrogen in Central and Eastern Europe.

Austria plans to reach climate neutrality already in 2040. Aren’t you afraid of a gap between the words and deeds like in Germany where the government is not on track to achieve its mid-term goals?

Under the current circumstances of climate change, there is a need for ambitious climate goals. We will try to streamline all policies in order to reach that goal. There is no guarantee we will reach it, but it demonstrates our will. It shows how dramatic the situation is and how fast we think the change should happen. We also have to take into account the industry, the economy, the markets. I am aware of it.

Slovakia and Austria have steel industry in common. It is a big producer of emissions. Will Austria have money for its transformation?

Our steel industry has developed very intensively in the last 20-30 years. It is specialised and mass production has left Austria a long time ago. The high-quality steel production is responsible for about 10% of Austria’s emissions. The biggest steel company invested already a couple of years ago into the research on shifting from fossil fuels to hydrogen. The first new plant will open soon.

True, the hydrogen is still produced with fossil fuels. But we plan to produce it with wind. I don’t believe hydrogen will be the technology that drives our cars in the future. But it is capable of driving industrial processes, trains and maybe trucks one day.